In Moscow, a man threatened to jump from the top floor of a multi-storey building 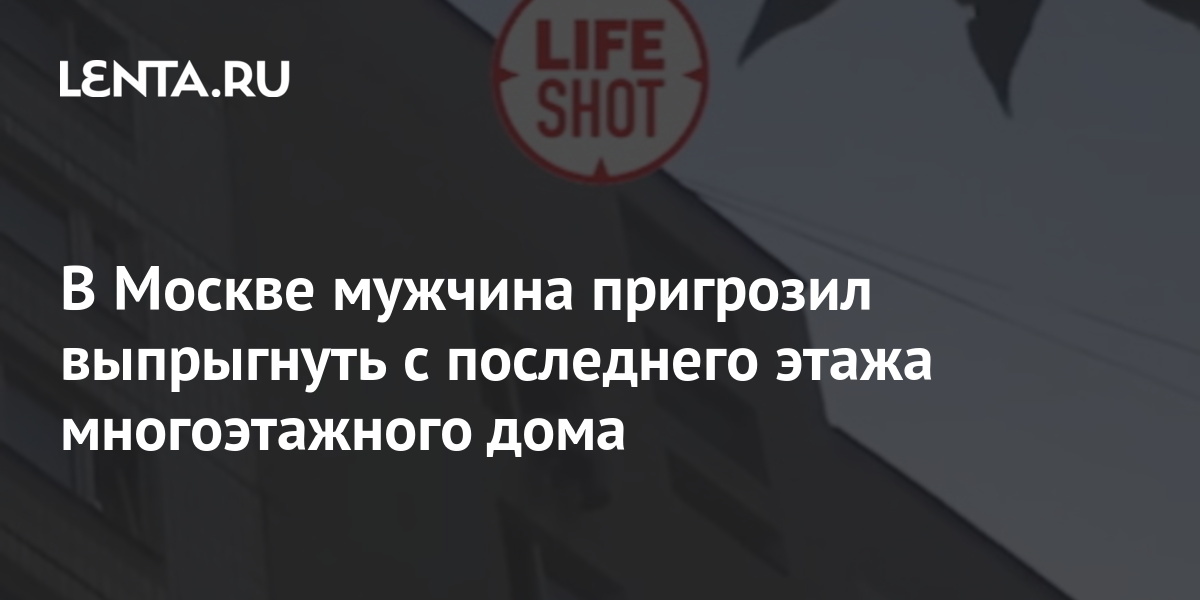 In Moscow, a man threatens to jump out of the window of an apartment located on the top floor of an apartment building. This was announced by a source in the emergency services, reportsTASS…

According to the agency, the man is in the third building of house number 18 on Brateevskaya Street.

“What prompted him to take such actions is being established,” the TASS source said.

On footage published in Telegram-channel LifeShot, you can see that a man is sitting on the windowsill, his legs dangling from the window. Eyewitnesses say he doesn’t make any demands. Police officers and employees of the Ministry of Emergency Situations arrived at the scene.

By data channel, a psychologist communicates with a young man. Neighbors said that, most likely, the man is not local and they see him for the first time.

Addition: By data LifeShot, the man was removed from the window. Doctors examine him.

Earlier it was reported that in Irkutsk, a Russian with a child climbed over the railing of the balcony of a high-rise building and hung the child from it. According to preliminary data, shortly before the incident, the man began to divorce his wife. The man was persuaded to return to the apartment, he gave his son to the rescuers, after which he asked to buy him a bottle of vodka. He was detained.