In Mendoza there was an agreement between the UCR and the Pro, and they will face Kirchnerism together 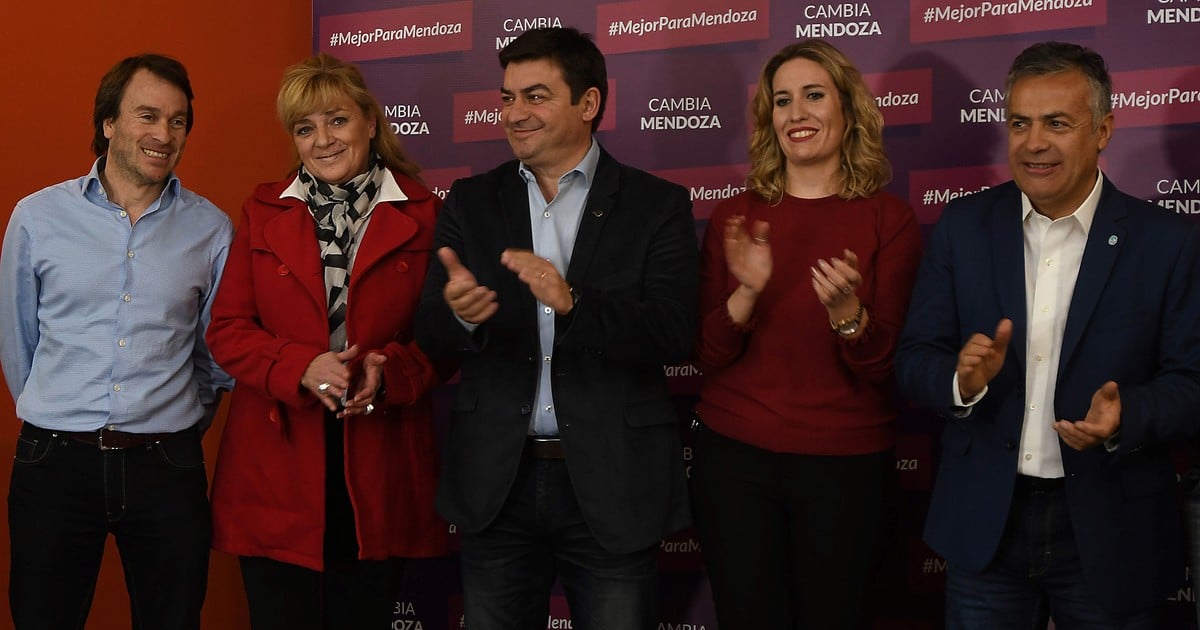 The Frente Cambia Mendoza went through days of turbulence between the UCR and the PRO, for the positions and the electoral volume that each force represents.

This morning, one day before the closing of the electoral alliances for Las Paso, an agreement was reached and now the objective is gather the largest number of center-right and center-left forces to continue winning elections, how in the last 6 years.

The governor himself Rodolfo Suarez announced the consensus via Twitter. “Cambia Mendoza continues to get stronger. Today @mzapro ratifies its membership in @FrenteCambiaMza to continue working together for a better Mendoza ”, he posted.

The radical governor accompanied the announcement with a photo of unity between the main referents of the UCR and the Pro. The dispute centered on two historical leaders from Mendoza: the president of the national UCR, former governor and current deputy, Alfredo Cornejo, and the former mayor of Luján de Cuyo and current PRO deputy, Omar de marchi.

The PRO of Mendoza wants to occupy one of the three “eligible” places on the lists of national deputies or senators; and eight places in the provincial Legislature. However, for the ruling UCR the most important thing is to agree on common principles to strengthen the Cambia Mendoza front and confront Kirchnerism and its allies.

“To open a third force is to benefit Kirchnerism. Then let’s talk about candidacies ”, the main operators of the UCR asked De Marchi. The PRO deputy replied: if they do not grant us a space as the founders of Cambia Mendoza, we will kick the board and go to other fronts, with the Democratic Party, the Liberals, the Federal Party, the Civic Coalition and the brand new MendoExit.

None of that happened. Neither the UCR wants to break with the PRO and De Marchi, knows that it will never reach the governorship – a position that it aspires for 2023 – if it does not have an important territorial force like the one that governs the Cuyo province.

“In Mendoza the UCR has 10 municipalities, and Pro 1”, repeat the radicals. The other 7 municipalities are from the Frente de Todos. “First, let’s close the electoral front and if the PRO wants to compete for places on the lists, we can compete in the Passages,” proposes radicalism.

And they assured that national leaders, such as Patricia Bullrich (PRO) and Maximiliano Ferraro (Civic Coalition), have agreed with the local UCR that, if De Marchi or any leader of the Front wanted to break the electoral agreement, the party would intervene.

The third way with which the Pro-Mendoza leadership flirted includes their former colleagues from the Democratic Party, the Green Party, made up of former allies of José Luis Ramón (Protectora), current legislators Mario Vadillo and Marcelo Romano, the Civic Coalition , and the Mendoexit, commanded by Hugo Laricchia. This group is in talks with the Coninagro ruralista Carlos Iannizzotto, from the Federal Party.

In the main opposition party, in the Frente de Todos, It remains to be determined whether they will add to their lists the Protectora de José Luis Ramón party, who voted most of their projects.

.It is speculated that the Kirchnerist Anabel Fernández Sagasti could offer Ramón the third place in the lists for national positions, which according to the polls and the performance of the last elections does not guarantee his permanence in Congress. The consolation prize it would be a position in the Executive or Justice for the lawyer associated with consumer rights.