In – line skating Rockettes skated for the fourth consecutive Championship gold: “We are the best when it matters most” 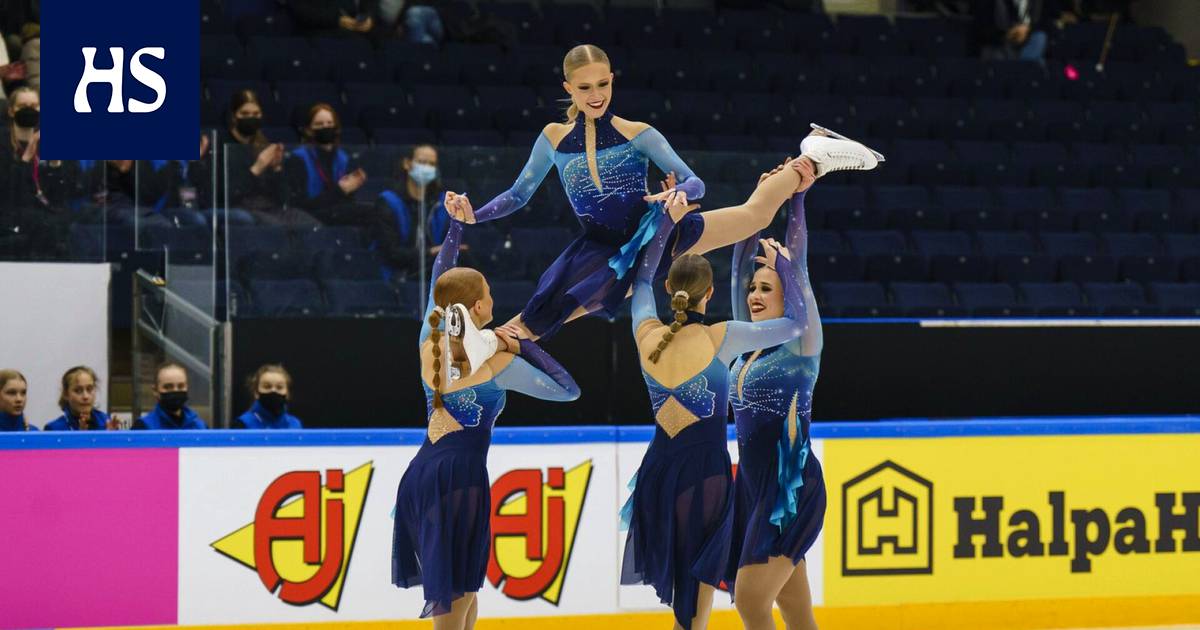 Marigold as the second Finnish team to enter the World Championships.

Helsinki The Helsinki Rockettes of the figure skating club won the Finnish championship in figure skating for the fourth time in a row. The team led the race after Saturday’s short program and held its top spot despite the crash of Sunday’s free program.

“The excitement was evident in the performance, but now it feels really good. We train hard and through that we are the best when it matters most, ”Captain Rockettes Nona Vihma analyzes.

The Rockettes received a total of 229.04 points for their programs. Marigold IceUnity of Helsinki skaters won silver, collecting 226.93 points. A surprise bronze was grabbed at the Tampere Ice Rink by Kaarina’s Figure Skating Dream Edges.

At the Finnish Championships was perhaps more important than before, as it was decided over the weekend which two teams would leave to represent Finland in the World Championships after two years.

“The World Cup place warms the mind. It hasn’t been the easiest season, but we’ve believed hard work will be rewarded, ”the team captain Tessa Tamminen rejoiced.

When the Russians, who have been the worst challengers for Finns on the World Cup stage, are not allowed to participate according to the rules of the International Skating Federation ISU, the 2019 bronze medalist Rockettes is probably the biggest gold favorite.

“No pressure should be taken. There is a bit left in the tooth hole today, which increases the motivation to practice for the future, ”the coach Kaisa Arrateig thought.

Bridge Helsingfors Skridskoklubb’s Team Unique, which was heavily skated during the season, failed in Saturday’s short program when one skater crashed. The free program didn’t go down the tube either, and the team was left out of the medals.

In the junior series, HL’s Musketeers and HTK’s Team Fintastic secured their own World Championship places as early as January. In the Finnish Championships, Fintastic took a longer run with 203.52 points. The Musketeers were second and HSK’s Team Mystique third.

The tournament was a jackpot for HTK. The double between Rockettes and Fintastic completed the victory in the Finettes novice series on Saturday.

The World Figure Skating Championships will be held in Hamilton, Canada on 7-9 May. April. In the juniors, the World Championship medals will be awarded in just two weeks in Innsbruck, Austria on 17-19. March.

On the trail of Russian oligarchs in England