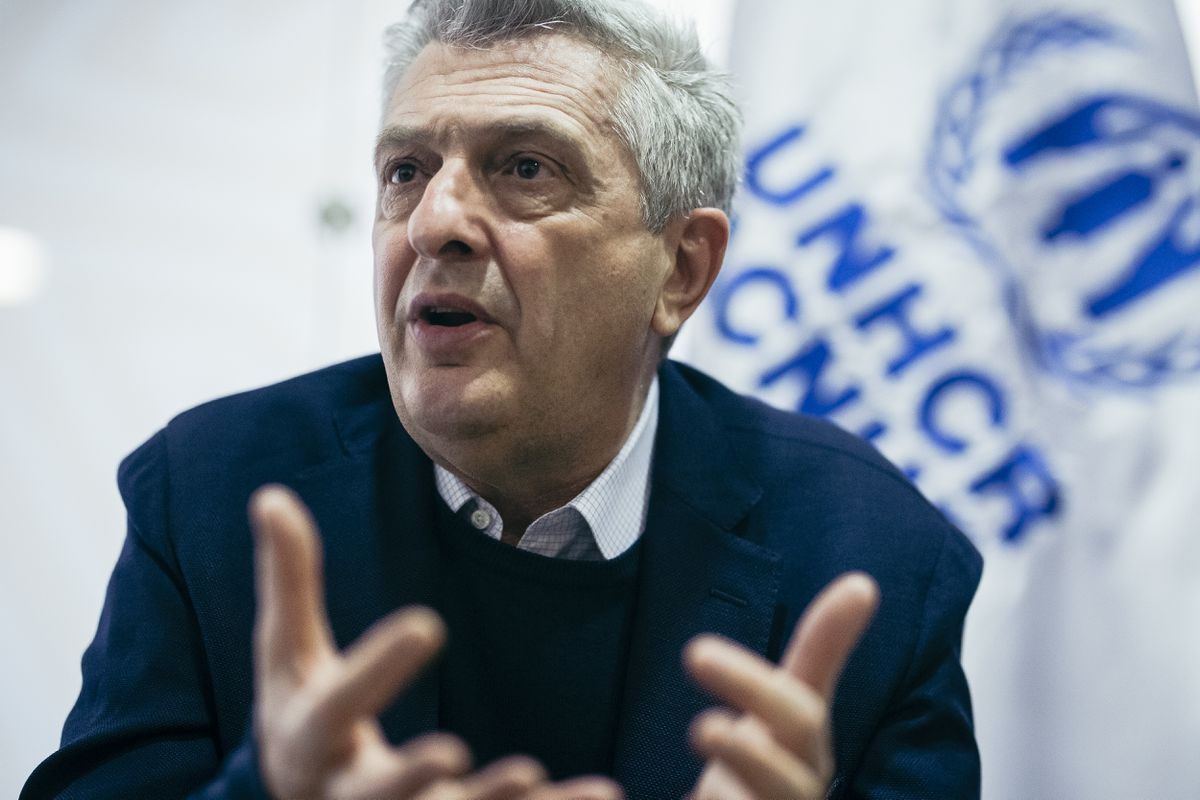 The world has once again reached the highest number of people who had to flee their homes, 82.4 million, more than double the number ten years ago. After Syria, the most affected country is Venezuela, from where more than five million migrants have been pushed by the deep political, economic and social crisis, according to the data just presented by the office of the United Nations High Commissioner for Refugees, UNHCR, in its annual report.

Filippo Grandi (Milan, 64 years old), the head of UNHCR, has had a busy week in Latin America. From Panama, he participated on Wednesday in an international conference of donors for the migration crisis. “One in four Venezuelan children is separated from one or both of their parents. One in three goes to bed hungry. The risk for women is higher. Domestic violence, sexual harassment and abuse are on the rise ”, he warned during the event.

Then he traveled to Colombia, by far the main host country, with 1.7 million Venezuelans in its territory, almost a million of them in an irregular situation, where he had already been in February to accompany President Iván Duque when he launched a Temporary Statute. of Protection with a validity of ten years. Grandi receives EL PAÍS on Friday, on the eve of World Refugee Day, in a hall of the El Dorado airport in Bogotá, about to leave for Barranquilla, where he planned to verify on the ground the situation of migrants in that Caribbean city before to take another plane to Ecuador.

Question. What are the main trends in the annual report you just presented?

Answer. The fundamental data is that for the ninth consecutive year this figure that we publish annually increases, which is the total sum of the displaced, refugees and asylum seekers in the world. It is significant that despite the isolation – which means closed borders, blocked flights, difficult journeys for everyone, including refugees and migrants – there are three million more people. This increase is scary. The second important piece of information is predominantly internal displacement. I think for two reasons: the closing of borders and conflicts of the kind that displace people. We estimate that, in the two preceding years, a million children were born in this type of exile, because of wars, because of persecution. It’s awful.

P. Why commemorate World Refugee Day in Colombia, the main host country for the Venezuelan diaspora?

R. It was a decision taken on February 8 with President Duque [el día en que Colombia anunció el Estatuto Temporal de Protección para Migrantes Venezolanos, ETPMV]. It was my way of recognizing this gesture, complex, difficult to implement. It was important to do so, because there are not many countries in the world that host 1.7 million people from a neighboring country, who have the courage to make a decision that opens the way to inclusion, access to education, employment, to health, so important today with the pandemic. Inclusion is the modern form of protection. We have a somewhat legal concept of protection, which is important, but the most effective measure to ensure the protection of people on the move is to include them. Ecuador is following the example, also Peru and other countries.

P. Are you worried that some kind of drift or change in immigration policy with the change of government in Peru?

R. The migration policies of the countries also depend on the political orientation, but what I have personally observed in this region –where we have seen many changes in Ecuador, Argentina, Brazil– is that despite the political orientation there is a humanitarian coherence and solidarity, which I think will not change. After that there are important technical details, protection status or not? We are going to discuss it with the countries, but there is a very strong humanitarian and solidarity approach, stronger than in other regions.

P. How do you assess the management that Latin America is making of the Venezuelan exodus?

R. It is the largest exodus this region has seen in modern times. Almost six million who left the country, and almost five in 17 countries in the region. It’s huge. It is not larger numerically than the Syrian crisis, but as a geographical extent it is larger. There are Venezuelans who have walked to Chile or Argentina, it is impressive. The International Organization for Migration and UNHCR have told countries that it is important to develop a regional approach.

P. This week there was an international donor conference, hosted by Canada. Is the Venezuelan migration crisis receiving the international attention it deserves?

R. Not before, for many years it was a situation not very well known and not very supported. For the host countries it was difficult to get the attention of the big donor countries, of the financial institutions. Now the situation is better. President Duque’s decision was also important in capturing that attention. The conference was a success, almost a billion dollars in donations [subsidios] and 600 in loans in a difficult year for the world economy. It is the effect of the temporary protection statute. We hope it will continue.

P. What will the future be, in a few years, of that Venezuelan diaspora?

R. My organization is not part of any political process, but we know that there are political efforts to find a solution to the Venezuelan crisis. If there is a solution, it is possible that at least part of the diaspora will return. But in the short term, at the moment when the border restrictions due to the covid are lifted, we will see an increase in the flow in Colombia, Brazil, Ecuador, in other countries.

P. What should Latin American societies do to create a host migration narrative that is opposed to xenophobic discourse?

R. Once again, this Colombian initiative is important. Because if it works here, it will be a positive, constructive example. Xenophobia exists in all countries. There is also in all countries, starting with mine, Italy, a political manipulation of that. It is a form of terrible irresponsibility, because it does not solve the immigration problem, complicates solutions and creates a situation of hatred and division. Because I am here? The temporary protection status decision goes in the opposite direction, it is a courageous decision.