In Kiev, they wanted to remove the coat of arms of the USSR from the Motherland monument 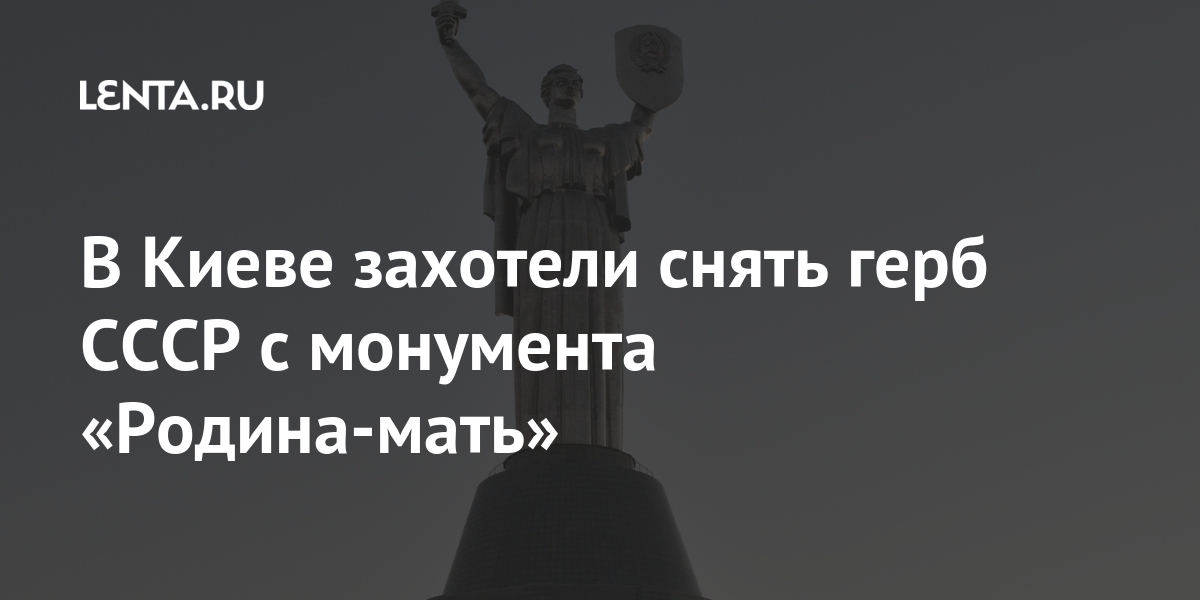 In Kiev, they wanted to remove the USSR coat of arms from the Motherland Monument located on the banks of the Dnieper in the Ukrainian capital. This is reported by the edition “Vzglyad”. According to the portal, the Ukrainian authorities have already found funds to dismantle the coat of arms.

The sculpture represents a woman holding a shield and a sword in her raised hands. The shield depicts the coat of arms of the USSR.

The grandson of the co-author of the sculpture Vasily Borodai reacted to this news. According to him, if the shield with the coat of arms is removed from the monument, the balance of the monument will be disturbed. “The arms of the statue are held on a special counterweight, and if you remove the one with the shield, the balance of the other one, with the sword, will be upset. If you remove only the shield, which is attached to a special arc, from your hand, then this can cause the collapse of the entire structure, ”he explained.

At the same time, the head of the board of the Union of Artists of Russia, People’s Artist of the Russian Federation, sculptor Andrei Kovalchuk noted that removing the coat of arms would not be a problem. However, he considered dismantling unacceptable. According to Kovalchuk, changing an architectural and historical monument is blasphemy.

In January, the last monument in the country to the organizer of the October Revolution, Vladimir Lenin, was demolished in Ukraine. The monument was located in the village of Starye Troyany, Odessa region. As the activist of the movement “Decommunization.Ukraine” Vadim Pozdnyakov said, there is not a single monument to the revolutionary left in the republic, except for those that are located in private plots or territories not controlled by Kiev.

Who is winning the elections in Madrid? The last seat, the counting trend and the vote map, live

Iso-Chill, the technology against extreme heat