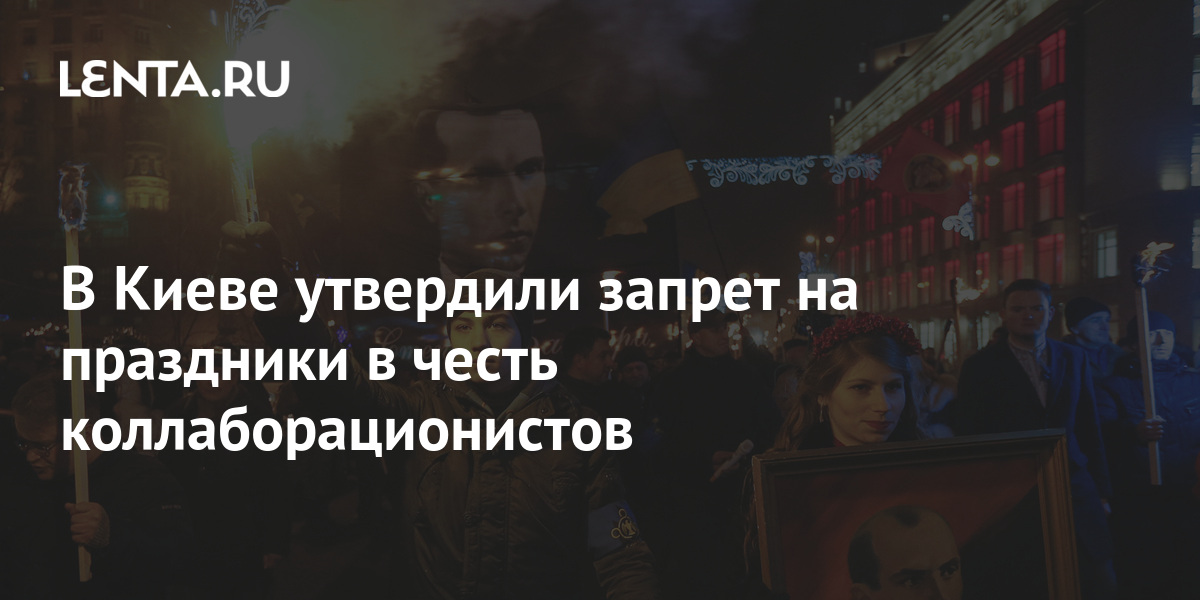 The Sixth Administrative Court of Appeal in Kiev upheld the decision of lower instances banning the city authorities from organizing holidays on memorable dates associated with collaborators and participants in the Holocaust. Writes about this “Strana.ua”.

According to the newspaper, the relevant lawsuit against the city council in 2020 was filed by the well-known Ukrainian lawyer Andriy Portnov. He won several trials, but the authorities have filed an appeal. The decision has now been finalized.

The Kiev City Council adopted a resolution on the celebration of memorable dates and anniversaries in February 2020. Some of them turned out to be dedicated to the accomplices of Nazi leaders, participants in the Holocaust and collaborators. The list included the names of a participant in punitive operations Vasily Sidor, a functionary of the SS Galicia division Vladimir Kubiyovich, organizer of Jewish and Polish pogroms Vasily Levkovych and other criminals.

Earlier, the Kiev District Administrative Court overturned the decision of the Moscow City Council to rename Moskovsky Prospekt into Prospect named after Ukrainian nationalist Stepan Bandera. In response, radicals from the National Corps movement (banned in the Russian Federation) staged a mass protest and promised to “dissolve the court”, calling it a “Ukrainian-phobic corruption dump.”