In Germany, they called Ukraine’s demand to exchange Crimea for Nord Stream 2 nonsense 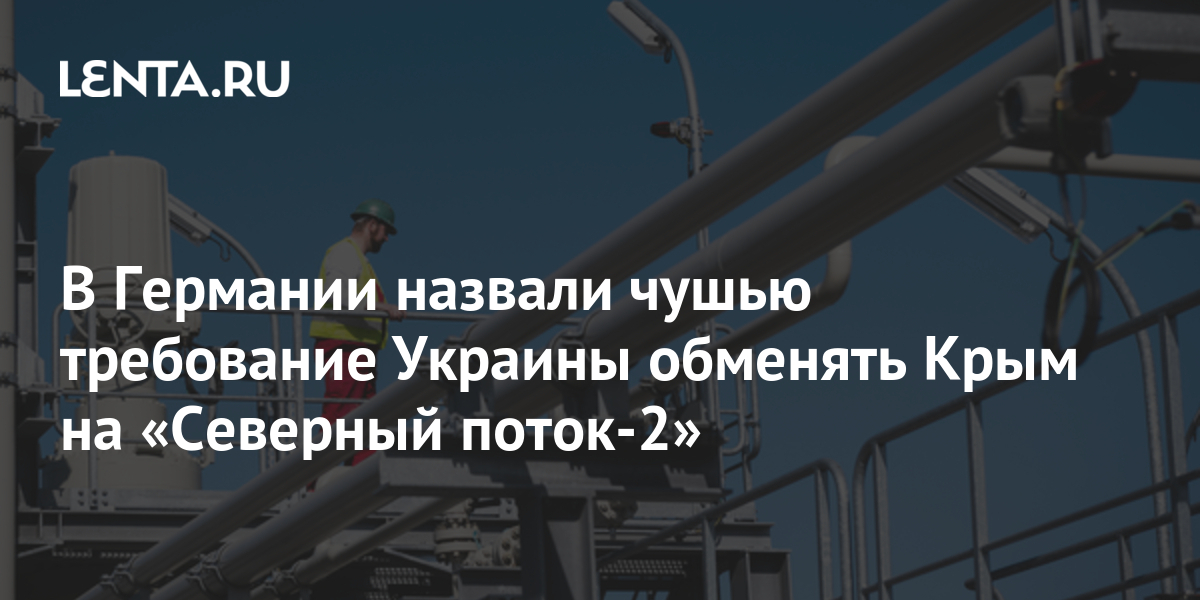 “Ukrainian politicians each time try to outmaneuver one another in their zeal to please overseas and Western sponsors <...> The proposal to exchange Crimea for gas is a complete absurdity and pure populism, ”he said.

According to Gerdt, the demand of the Ukrainian side has no commercial, legal, legal or moral meaning. The deputy added that Ukraine needs Crimea as a territory, but they do not care about the local population. “How should this so-called return happen if Ukraine has cut off the local population from water and light,” he said.

Earlier, Ukrainian Foreign Minister Dmitry Kuleba named two conditions for the launch of the Nord Stream-2 gas pipeline. According to him, the condition should be “de-occupation of territories” and “energy security of Ukraine.”

Also in Ukraine, they offered to take away part of the shares in Nord Stream 2. This was stated by the Ukrainian political scientist Ruslan Bortnik. “We understand that Nord Stream 2 can be more profitable for you. Let us, because we are losing, this is a political issue, let us make Ukraine a co-owner, give us five-seven-ten percent so that we can compensate for our losses, ”he said.