In Germany, a strike of drivers led to disruptions in the transport system 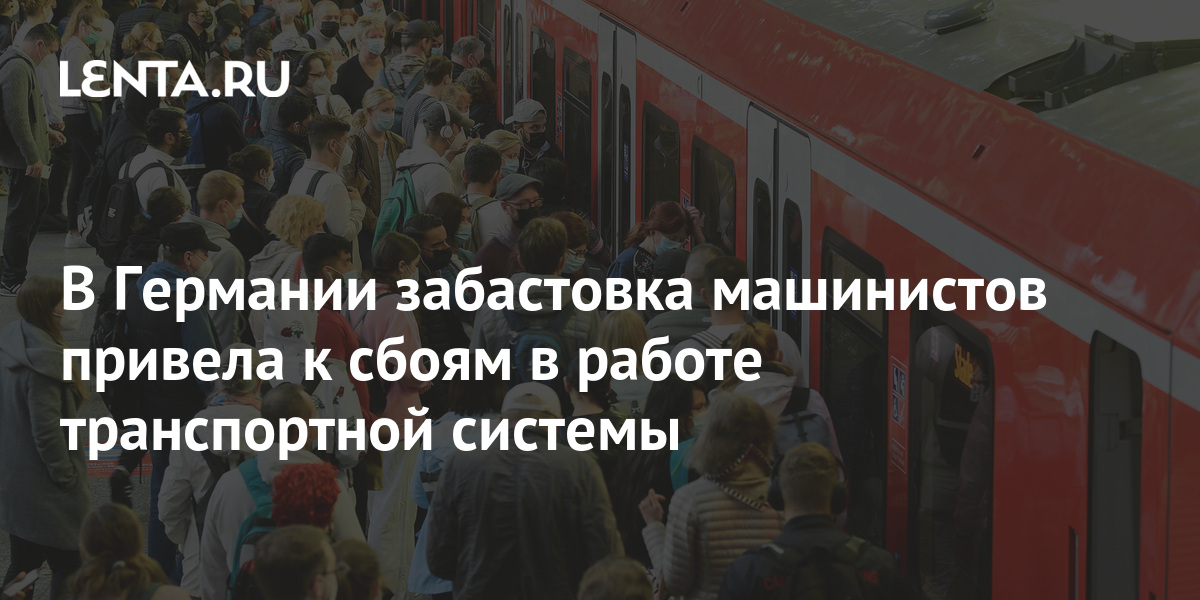 In Germany, train drivers announced a general strike, which will last from 10 to 13 August, the strike led to disruptions in the country’s transport system. About it informs Deutsche Welle (DW).

The start of the strike was announced by the head of the German Engineers’ Union (GDL) Claus Weselsky. Train drivers want a 3.2 percent wage increase, as well as a one-time bonus for 2021 in connection with the COVID-19 pandemic. In addition, its amount must be 600 euros.

According to Weselski, 95 percent of railway workers voted for the strike. “This is more than we expected. The results of the voting very clearly show the mood of our staff, managers are filling their pockets while our guys are getting less money, ”said the head of the trade union.

Both passenger and freight train drivers are on strike. It is reported that truckers will also take part in the strike. The strike is taking place at the height of the summer holiday season and amid a revival of economic life in the country. The German Railway Concern (Deutsche Bahn, DB) described the strike as “unnecessary escalation.” Currently, 75 percent of flights have been canceled. Passengers are refunded for tickets and offered to transfer to buses.

The driver’s strike will be the first home-based incident since December 2018, when train drivers announced a four-hour shutdown.