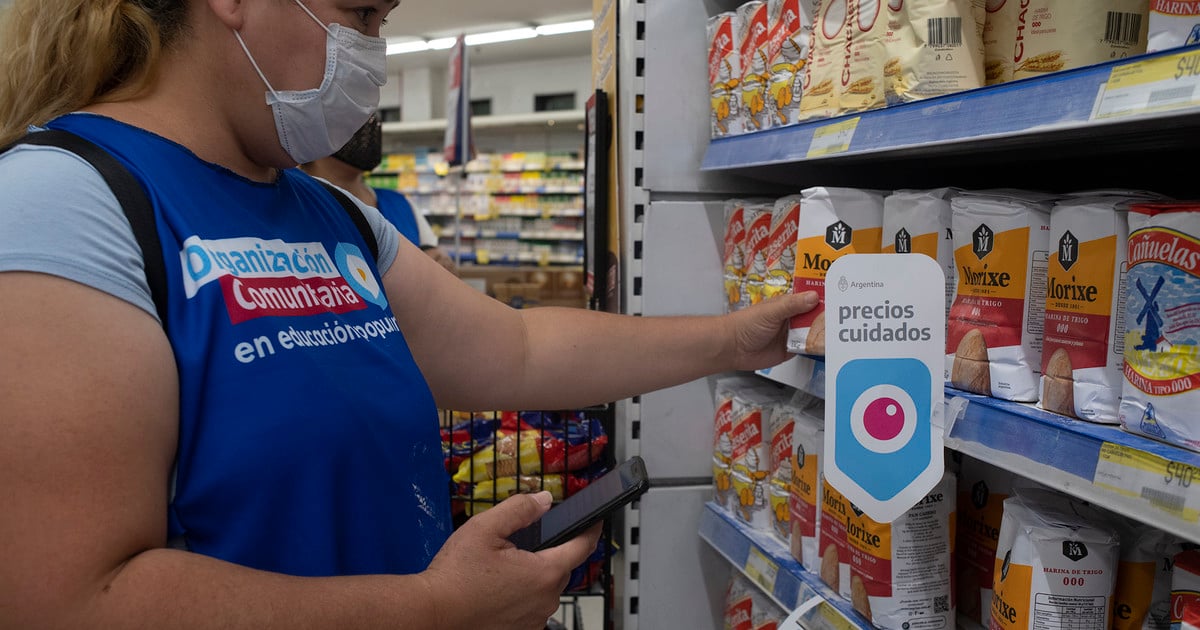 In that same period, headline inflation was 310.6%, that is, lower than that of food and beverages, said yesterday a detailed study by Iaraf, the think tank on economic policy led by Nadín Argañaraz.

The food that increased the most in the last four years was fruits, with the 437.7%.

And the least, mineral waters and soft drinks with the 262%.

Meat followed fruit with 389.6%. And in third place was the group of coffee, tea, yerba and cocoa with 348.6%, analyzed the Iaraf.

If you analyze what happened between last March when the consumer price index rose 4.8% compared to February and 42.6% compared to a year ago, food also increased more than the average price when rising in one year 44.8%.

According to Iaraf, inflation can differ between regions not only due to differential price dynamics and also because its basket is structured differently.

Thus, while in the Northeast region the end-to-end inflation of food and non-alcoholic beverages was 369.7% in the last four years, in the same period inflation in the Patagonian region was 314%.

“Specifically, the Northeast region is the region most affected by the inflation of food and non-alcoholic beverages,” argues Iaraf.

Iaraf also analyzed how much each product contributed to total inflation.

Meat and its derivatives were the ones that had the most impact: 37.4%.

That is, they made a contribution greater than their weight in the basket, which is 33.1%.

This is due to the fact that the increase in meat prices was higher than that of other foods.

An opposite case is that of sugar, sweets and sweets. They explained 3.6% of the inflation of food and beverages in the last four years, while, if the rise in their prices had been the same as the rest, they would have contributed 4%. Oils, fats and butter are the foods that made the least contribution to inflation, with 2.4% (their price rose the same as that of all foods and non-alcoholic beverages).

In the last year, meat explained 45.7% of food inflation, the highest percentage in the last 4 years, far from your weighting.

As for meat, in the Northeast region it rose 425.1% in the last four years. This is 96 percentage points more than in Patagonia (329%) in the same period.

The rise in meat is attributed to a supply of livestock that is still scarce to supply a growing demand for exports, especially from China, which carries the entire animal.

Patricio Castillo, a film and soap opera actor, passed away at the age of 81