In Crimea, water leaked from the Dnieper after the destruction of the dam 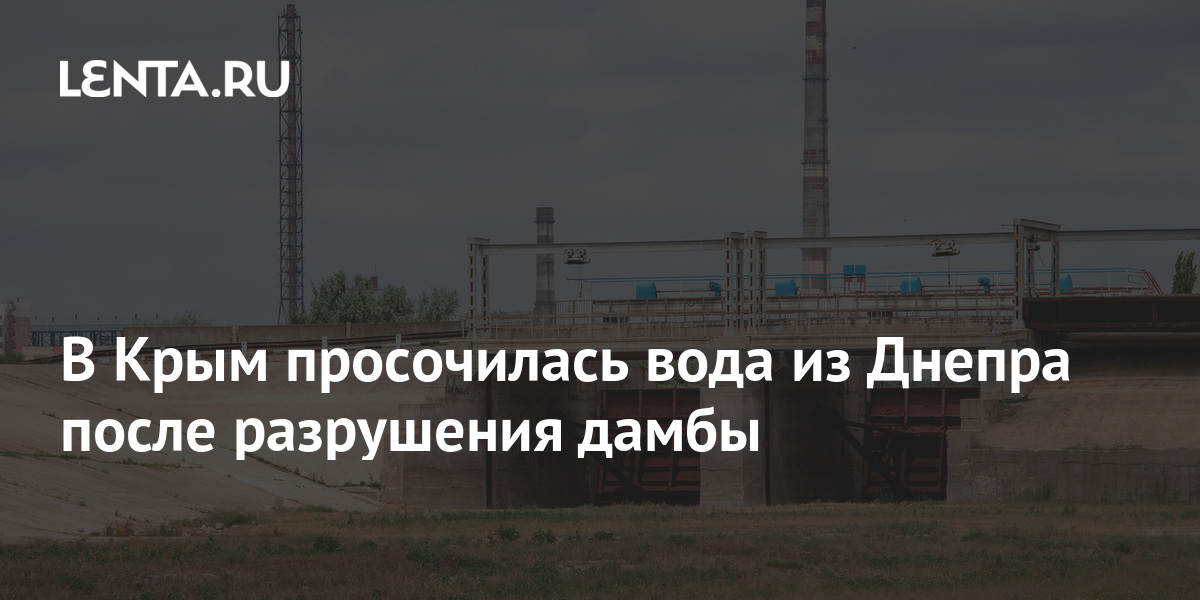 Water from the Dnieper seeped into Crimea after the destruction of a dam built by Ukraine on the North Crimean Canal. It is reported by RIA News with reference to the Ukrainian Channel Five.

The dam was erected in 2014, it consists of sandbags and metal structures, the agency writes. In 2015, construction began on a new fence, but the work has not yet been completed. According to experts, at the moment the bottom of the canal is already dry, but seven years ago the water level reached five meters.

According to Andrei Kozenko, deputy of the State Duma from Crimea, in the existing realities, there is no need to supply water to Crimea from Ukraine, because there is no guarantee of its purity and safety. He also said that the entire infrastructure of Ukraine is “bursting at the seams.”

Crimea became part of Russia in 2014 after a referendum in which the majority of the inhabitants of the peninsula supported this decision. Ukraine considers the territory occupied, which is why it blocked the North Crimean Canal running from the Dnieper, which previously provided more than 80 percent of the peninsula’s needs for fresh water. Due to the shortage of water in a number of regions of the Crimea, a regime supply of water has been introduced into houses, the water supply has been reoriented to artesian sources.