In Crimea, Klimkin’s hopes for the return of the peninsula were considered self-deception 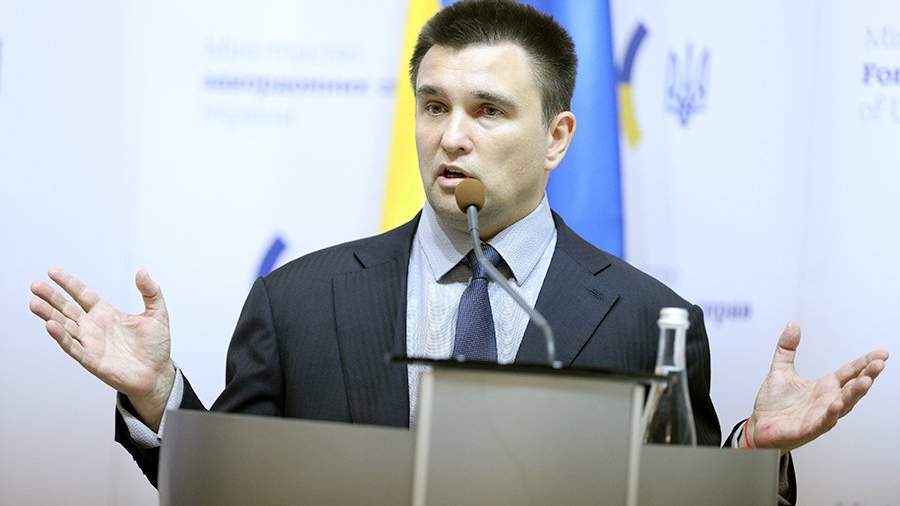 Ukrainian politicians are engaged in self-deception if they seriously hope that the water blockade will help them regain control over Crimea, said the head of the regional parliamentary committee on public diplomacy and interethnic relations, Yuriy Gempel.

Earlier, the former Minister of Foreign Affairs of Ukraine Pavel Klimkin in an interview with the Ukrainian “Observer” said that the way to pressure Russia on the issue of “de-occupation” of Crimea is not to supply water to the peninsula.

According to Hempel, this approach to solving the problem is “highly non-diplomatic”, since ultimatums in this matter are unacceptable.

“Kiev politicians, akin to Klimkin, are deluding themselves if they really believe that the water blockade will help them regain control of the peninsula,” he said.RIA News»On Wednesday, May 5th.

Shutting off the water supply to Crimea from Kiev is a flagrant violation of human rights, Gempel stressed, noting that international human rights organizations prefer not to pay attention to this.

“Ukraine has chosen the tactics of strangling Crimea. But they forgot that the peninsula is part of a great state that can cope with all the difficulties. Crimea does not ask for Dnieper water and does not even discuss this issue. We will successfully solve all problems related to water supply, ”he concluded.

On April 30, the authorities of the Republic of Crimea announced their intention to name the Ukrainian authorities involved in the water blockade of the peninsula.

On April 20, a working group of the regional parliament handed over to the Investigative Committee of the Russian Federation materials on the water blockade of the peninsula. Chairman of the State Council of the Republic Vladimir Konstantinov added that the preliminary damage to agriculture due to the water blockade is estimated at 200 billion rubles. Other industries have also been affected, and the region’s residents continue to experience inconvenience.

After the reunification of Crimea with Russia in 2014 following a referendum, the supply of water through the North Crimean Canal running from the Dnieper to the republic was completely cut off by Ukraine unilaterally. In Kiev, they believe that the authorities should not supply Crimea with water until the peninsula returns to the country.

The Russian government has prepared a comprehensive plan to ensure a reliable water supply to the peninsula. Russian President Vladimir Putin noted that the problem with the water supply to Crimea will be resolved and the authorities will not save on this.

Viewpoint: The idiocy of May 9