In Crimea, he commented on the rise in prices for rest 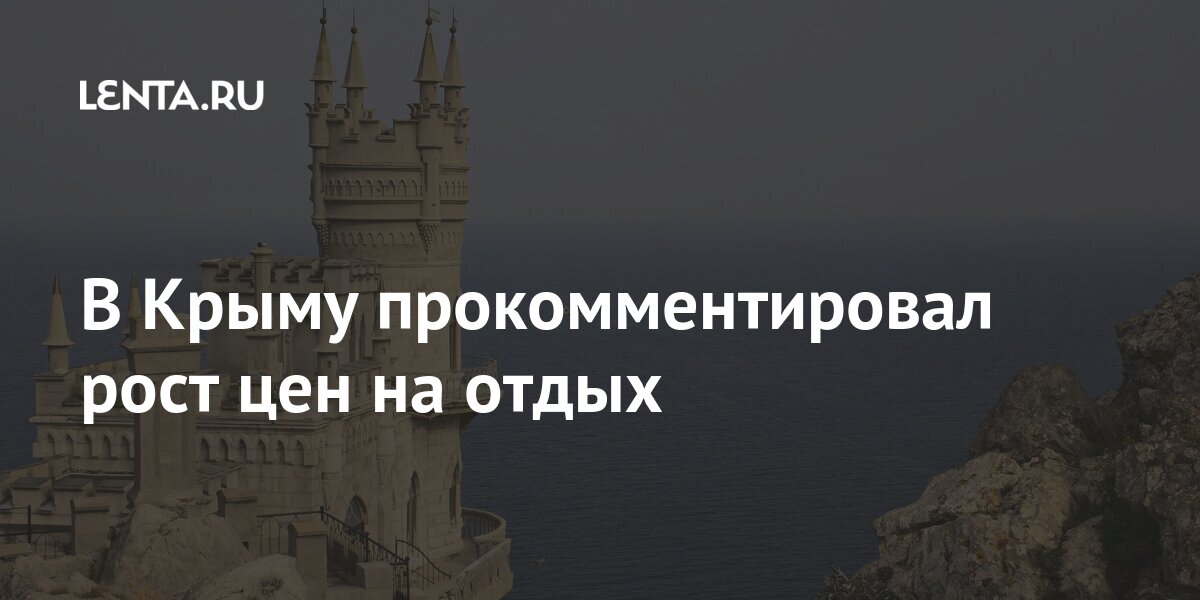 Senator from Crimea Olga Kovitidi commented RIA News the rise in prices for holidays in the region, stating that there is no cartel agreement of hoteliers on the peninsula.

According to her, where prices rose, this was explained in different ways. “Including the rush demand for summer vacations in Crimea and advance booking of a significant part of the room stock,” the senator said.

She emphasized that in Crimea there is an understanding that accommodation in Crimean hotels should be accessible to people. According to Kovitidi, demand is generated by consumers with different incomes, which means that hotel prices should be such that everyone who comes to Crimea can really use the right to rest.

Earlier, the chairman of the State Council of the Republic of Crimea, Vladimir Konstantinov, described the prices at the resorts of the peninsula in two words – “normal” and “acceptable”. The Speaker of the State Council also added that tourists can find accommodation in different price ranges – from two to five thousand rubles per night.

In April, Russians were invited to Crimea instead of Turkey for the May holidays. According to the head of the parliamentary committee for tourism, resorts and sports Alexei Chernyak, the peninsula prepares exciting programs for the May holidays, so tourists who planned to relax in Turkey can stay in Russia and come to Crimea.