In CdMx, this is how they assault drivers by crashing an egg on the windshield 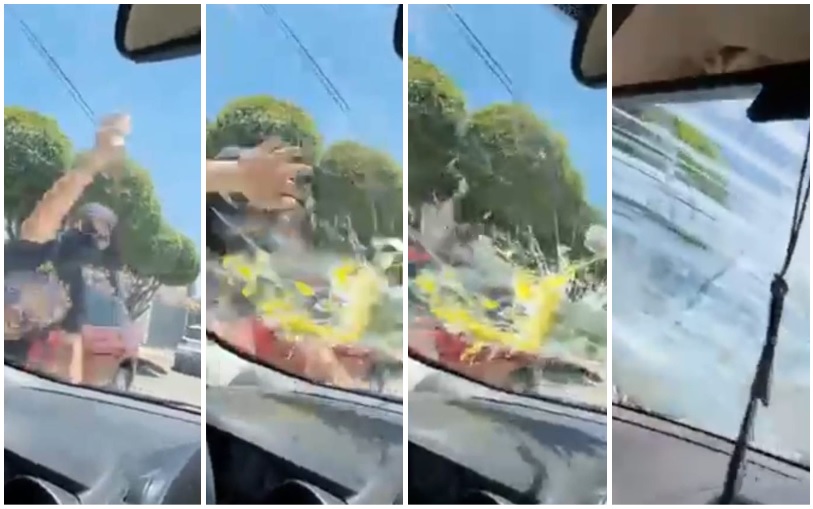 Driving is not only about paying attention to the wheel, but now people who are looking for the opportunity to commit a crime must be alert, and it is that in Mexico City it has been detected that thieves have implemented a modality to rob motorists.

As well as the so-called forklifts, who hit your car to make you stop and thus assault you, there is now the modus operandi of scrambled egg, what consists of crashing an egg on the windshield of vehicles while they are in motion which obstructs the vision of drivers and forces them to use the windshield wiper, however, due to the viscosity produced, The vision is not cleared and causes the motorist to stop and get off, a moment that is used to deprive them of their belongings or the car itself.

The Secretariat of Citizen Security (SSC) of Mexico City issued a series of recommendations to the general public, in order to avoid being surprised by crime in the assault or robbery of a vehicle and robbery of a home under this modality.

Another way they use to commit crimes is when they throw eggs at the facade of a home in order to verify if the inhabitants are inside the house, and if not, plan the clandestine entry in order to steal valuables .

How to avoid being a victim of this form of theft?

Given these events, the Mexico City police issued a series of recommendations to prevent any situation that endangers the physical and patrimonial integrity of the inhabitants.

In the case of detecting that an egg was thrown onto the windshield of the car, it is recommended:

As for the crashed egg on the facades of homes, it is advisable to:

The SSC points out that it is of vital importance that in case of detecting cases similar to those described, the ideal thing is to file a complaint with the Attorney General’s Office, request support from the closest police officers, make use of the application “My Police ”, Or use the help buttons located on the poles of the video surveillance cameras or the 911 emergency number.