In Canada, 7 churches burned after findings in boarding schools 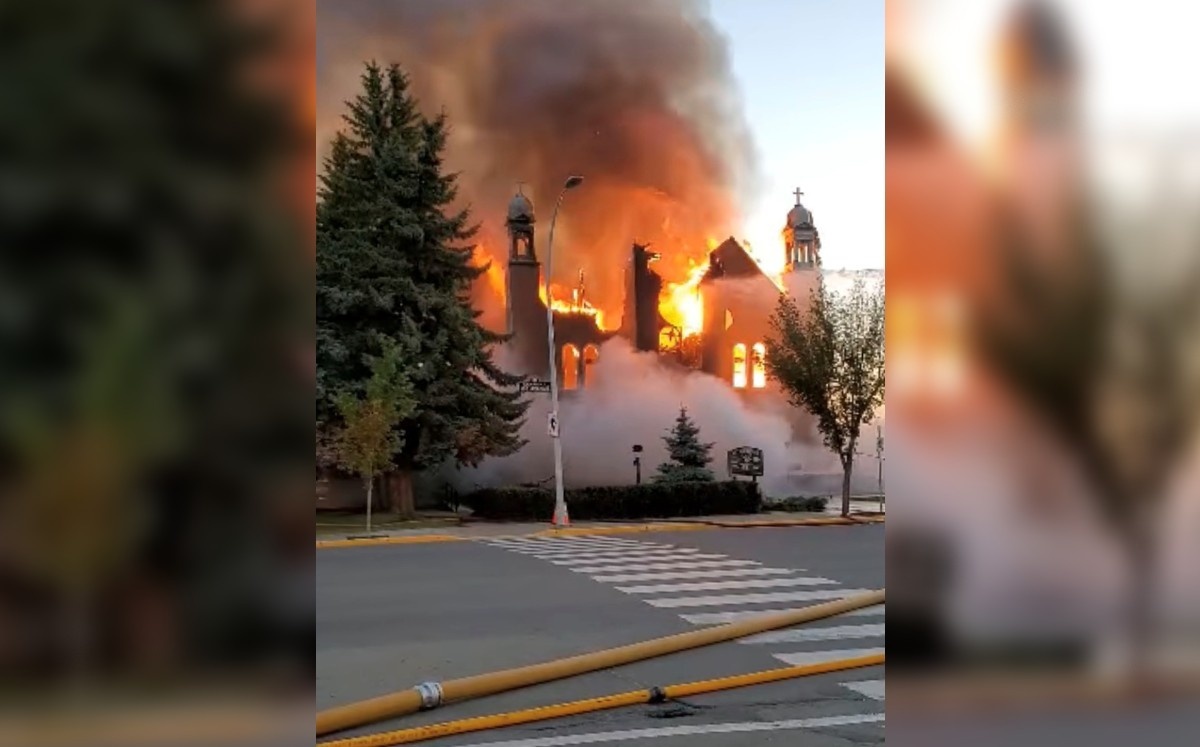 Canadian authorities have reported the burning of at least 7 churches and vandalism in another dozen in retaliation for the discovery of the remains of more than 1,100 Amerindian minors who were murdered inside several internees during the late nineteenth century and a large part 20th century.

Only in the city of Calgary, in western Canada, on July 1 –national holiday of the country– 10 churches were vandalized and painted orange and red. In the rest of the country, at least 7 of the temples have been destroyed by fires.

On at least one occasion, the perpetrators of the vandalism painted the number 215, in reference to the remains of as many indigenous children discovered at the end of May in the old school residence of Kamloops, in the province of British Columbia.

Since the announcement of Kamloops, other indigenous groups have denounced the discovery of hundreds of other unidentified graves on the grounds of former school residences in Saskatchewan and British Columbia which were also managed by religious.

In school residences, which were established in the late 19th century by the Canadian government to erase indigenous culture, children were subjected to physical, psychological and sexual abuse. Thousands of them are estimated to have died during their stay in boarding schools.

So far, the discovery in three school residences of more than 1,100 unidentified graves believed to contain the remains of indigenous children has been announced.

Churches are not the only targets of anger. The statues of Queen Victoria and Queen Elizabeth II that were located in the provincial Parliament of the province of Manitoba were demolished on July 1 by about 1,000 people.

The statue of Queen Victoria was covered in red paint. His head was ripped off and was recovered this Friday in a nearby river.

Another statue of Queen Victoria located in the town of Kitchener, near Toronto, was also covered in red paint. And in the town of Victoria, in the province of British Columbia, the statue of Captain James Cook, an 18th century British explorer, was thrown into the Pacific Ocean.

Canadian Prime Minister Justin Trudeau on Friday condemned the wave of attacks against Catholic churches registered in the country since the discovery of dozens of unidentified graves of indigenous children in government boarding schools run by religious orders was announced at the end of May.

“The acts of vandalism and fires that are taking place across the country, including against Catholic churches, are unacceptable and wrong,” Trudeau said during a press conference.

Trudeau, who in recent weeks has criticized the Catholic Church and the pope for not apologizing to indigenous Canadians for what happened in the school residences, said today that he believes that the burning of churches harms people “who are in mourning. and they need places to heal wounds and seek comfort. “

The Canadian prime minister added that the discontent of the indigenous population of Canada “is real”, after living for generations with “trauma” and suffering “institutional racism.”