In Belarus, sentenced to Viktor Babariko 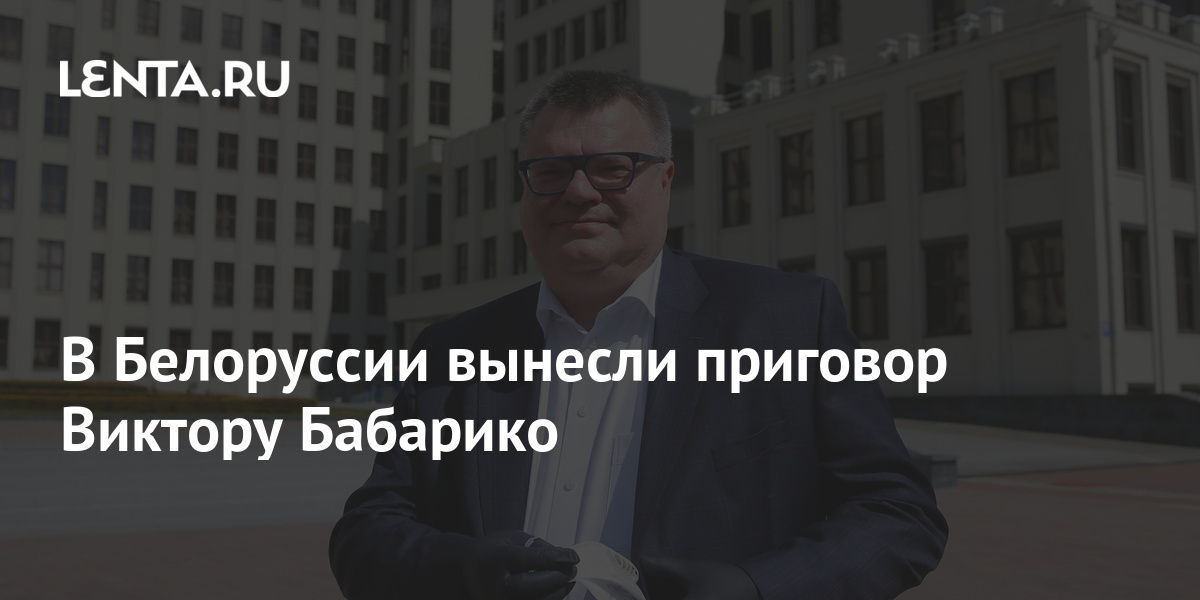 The Supreme Court of Belarus has sentenced the rival of the country’s President Alexander Lukashenko in the 2020 elections, the chairman of Belgazprombank Viktor Babariko, to 14 years in prison. It is reported by RIA News…

The court found the politician guilty under the articles “Taking a bribe” and “Legalization of funds obtained by criminal means.” He was also fined 46 million Belarusian rubles (1.3 billion Russian rubles) and was credited with the time spent in the pre-trial detention center as punishment. The verdict is not subject to appeal and protest on appeal.

Now the judge continues to read the verdict to other top managers of Belgazprombank. Babariko himself remained the only person involved in the case, who never pleaded guilty. It is noted. that the court’s verdict has already entered into force.

Viktor Babariko was considered Lukashenka’s main rival in the 2020 presidential election. He collected more than 400 thousand signatures in his support and announced his intention to create an electoral headquarters, but he was arrested along with his son and placed in the KGB pre-trial detention center.

According to the investigation, he was involved in the withdrawal of several hundred million dollars abroad. The prosecution requested 15 years in prison for him, Babariko himself linked his imprisonment with political persecution.

The Belarusian authorities stated that during the preparation for the election campaign, some “puppeteers” from Gazprom, the owner of Belgazprombank, stood behind the politician.