In Australia, Novak Djokovic asked for a more flexible quarantine, they went out to the crossing and now he defends himself 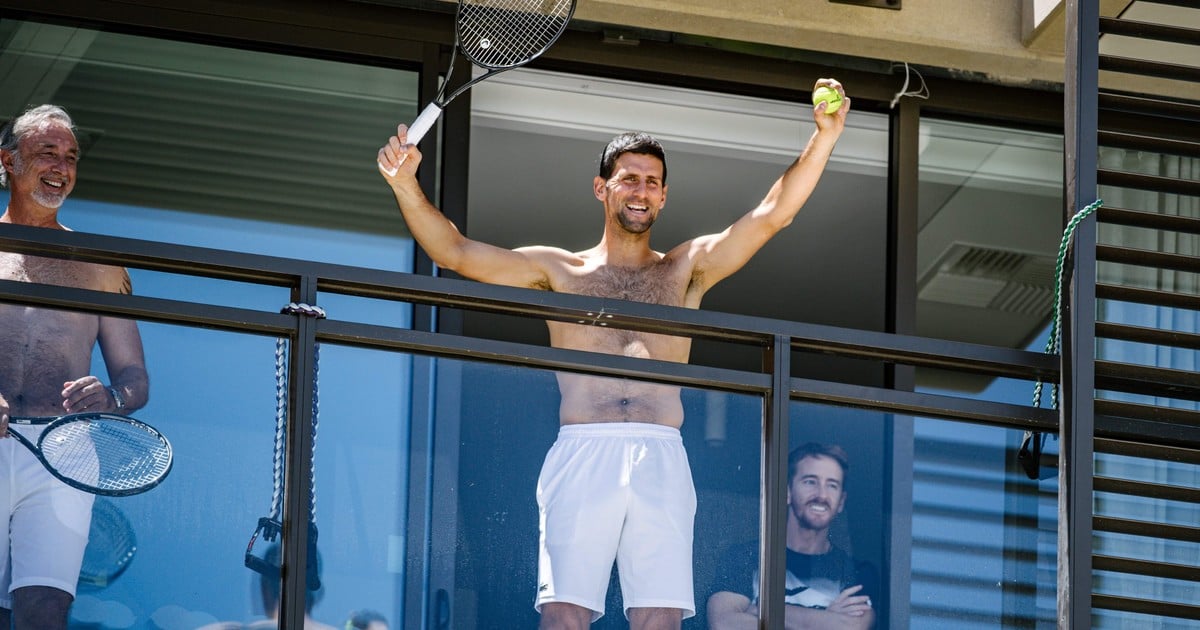 Serbian Novak Djokovic was once again at the center of controversy earlier this week, after sending Tennis Australia a proposal with a series of measures to ease the quarantine of his colleagues in Melbourne, some in strict isolation, in the run-up to the first Grand Slam of the season. His ideas – rejected by the health authorities – were seen by many as demands and criticism – especially from Australian citizens – was not long in coming. This Tuesday, the world number one shared an open letter in which he assured that his intentions to help the players were misinterpreted.

“Australia, following recent criticism on social media about my letter to Craig tiley (Australian Open director), I’d like to clarify a couple of things. My good intentions towards my colleagues in Melbourne have been misinterpreted as selfish or ungrateful. This is far from being true, “the Serbian wrote at the beginning of his message, which he posted on social media.

“I have always had a good relationship with Craig and I respect and appreciate the effort he puts into making the Australian Open each year a place I want to return to every time. In our email exchange, I took the opportunity to pitch to him some ideas about potential improvements that could be made in the quarantines of players who are in complete lockdown in Melbourne, “he continued.

“There were some suggestions and ideas that I gathered from other players in our conversations and there was no bad intention, I was just trying to help. I knew there was not much chance that the suggestions would be accepted, such as my request to pass the quarantine with my team in Melbourne, instead of Adelaide, which was denied before our trip due to strict government measures. Since I couldn’t be with the other players in Melbourne, I made myself available if they needed it. “

Djokovic – who unlike the bulk of the circuit’s players, is serving his quarantine in Adelaide along with other “top” players – had asked the Australian Open organizers to move players confined to various Melbourne hotels to private homes, with tennis courts. In addition, the quarantine time, set at 14 days, be reduced; that they be allowed to visit and work with their trainers; and that the quality of the food provided in the hotels be improved.

His proposal was aimed especially at the 72 tennis players forced to comply with strict isolation after cases of Covid-19 were detected on the flights that took them to Australia, so they cannot leave their rooms even to train.

That request was made public and many tennis fans and supporters criticized his attitude, accusing him of a lack of empathy with the Australian population, who fear a coronavirus outbreak. Nick Kyrgios, one of the tennis players who has shown the most concern about the virus, hit Nole again, as he had done several times during the pandemic.

Djokovic is a tool. I don’t mind Bernie but his Mrs obviously has no perspective, ridiculous scenes 🤦🏽‍♂️ https://t.co/MMgeriH2GJ

The Australian shared a tweet from a television network in his country, in which the number one request is precisely discussed, and wrote “Djokovic is stupid”.

The rain of negative opinions against him led the Serbian to reflect on his way of acting in situations that he considers unfair for the players on the circuit.

“When I see this kind of thing, I wonder if I should just sit back and enjoy my benefits instead of paying attention to other people’s difficulties. However, I always choose to do something and be helpful despite all the consequences and misinterpretations. “, I consider.

He added: “I care about my teammates and I understand very well how this world works and who gets more and better and why. I have earned my own privileges based on my hard effort And for the same reason, it is difficult to be a mere spectator knowing how much each help or each gesture helped me when I was small and insignificant in this world. Therefore, I use my privileged position to help as much as I can and when necessary. “

Djokovic and five other top players arrived in Adelaide a week ago, where they are serving their quarantine. Photo Brenton Edwards / AFP

Djokovic took the opportunity to express his gratitude to Tennis Australia and the government of that country for the effort made to celebrate the first Grand Slam of the year, even at the risk of contagions that may occur.

“I think the impression has been generated that the players (including myself) are ungrateful, weak and selfish for the opinions they have been expressing during their quarantines. I am sorry that this point has been reached because I know how grateful many of them are, “said the Serbian.

“We have all come to Australia to compete. Not being able to train and prepare before starting the tournament is not easy. None of us have questioned the 14 days of quarantine despite what has been said on the networks,” he said.