In Africa, a woman gave birth to nine children at once 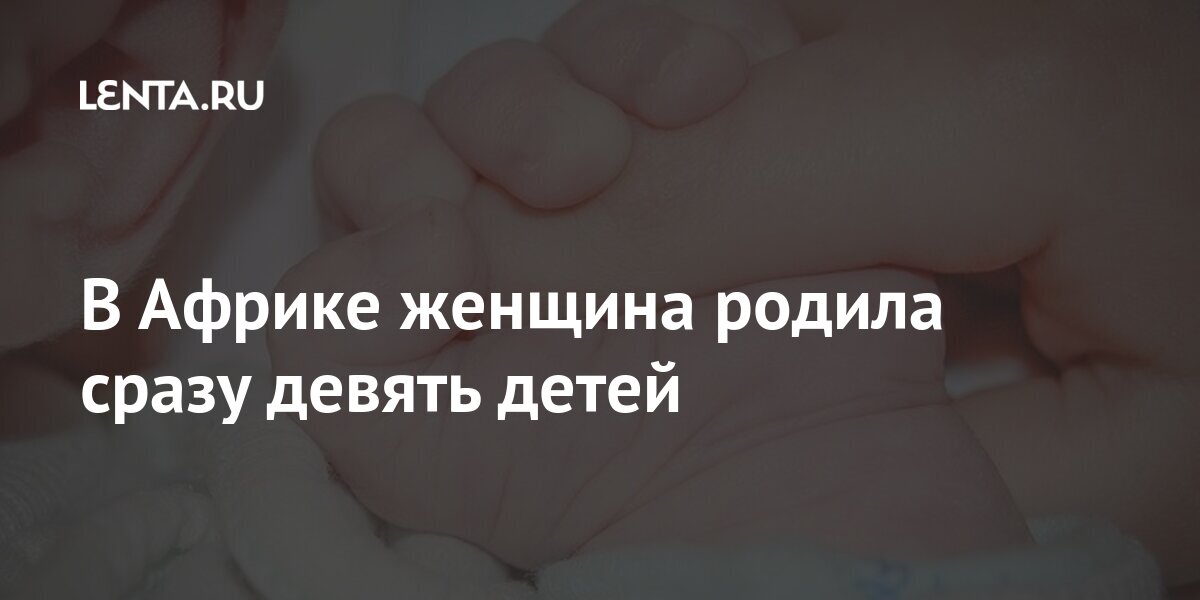 In the African Republic of Mali, a woman gave birth to nine children at once: five girls and four boys. All babies and mother are doing well, according to Facebook Ministry of Health of the Republic.

According to the ministry, 25-year-old Halima Cisse spent two weeks in the Bamako hospital, the capital of Mali, and then, by decree of President Ba Ndaw, was transferred to a clinic in Morocco. According to the department, on ultrasound in both Mali and Morocco, doctors identified only seven children in the womb of the Mali.

After the birth of the children, the Minister of Health of Mali Fanta Sibi congratulated the doctors of both countries who took part in the management of Cisse’s pregnancy.

Earlier it was reported that a mother of eight from Victoria, Australia suddenly gave birth to twin girls. “I had no signs. Sometimes I was more tired than usual, but nothing more, ”Annie said in an interview.

Guardiola talks about the 'luck' of the Champions League and names Ramos: attentive madridistas

Multiple families A Malian woman who has given birth to nine children is well, the children are in premature babies because of their low weights.