In Abu Dhabi, a discrepancy over the “social” paper 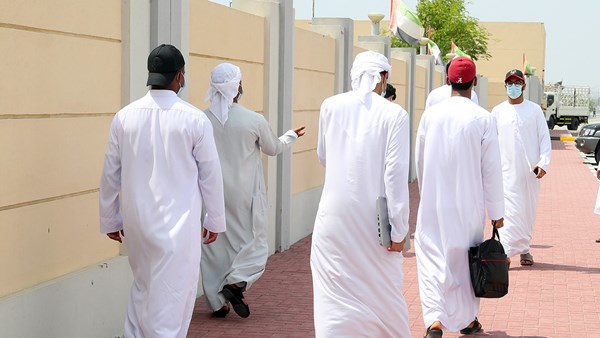 A number of students in Abu Dhabi schools confirmed that there is a difference in the difficulty of the social studies test, according to the test form that the students received.
Student Khaled Al-Mansoori, Advanced Department, stressed that the level of the social studies test is average, as there are questions that tend to intelligence and puzzles, and the student must realize student skills that are characterized by acumen and intelligence and strengthen himself and his skills with them so that he can be creative in smart test models, and that This test model is not suitable for all students, due to the diversity of minds and thinking among students, some of them like direct questions and some like them in the smart way.
The student Anas Muhammad Al-Aboud, the Advanced Department, explained that the level of the social studies test is easy and the time was sufficient for solving and reviewing, and it was better than the first semester test, as the questions are characterized by intelligence and reliance on student skills, which strengthen and enhance the student’s thinking so that he is creative and distinguished, The test consists of maps and graphs, through which the student can get the answer from his conclusion of the graph or maps, in addition to that the answers are options and the student is asked to choose the correct answer.
Al-Aboud added that one of the most important things that draws attention are the precautionary measures, which are distancing, wearing masks and permanently sterilizing hands, and the most important thing is closing the examination halls until the time for the test comes, in order to avoid gatherings and the presence of supervisors throughout the school.