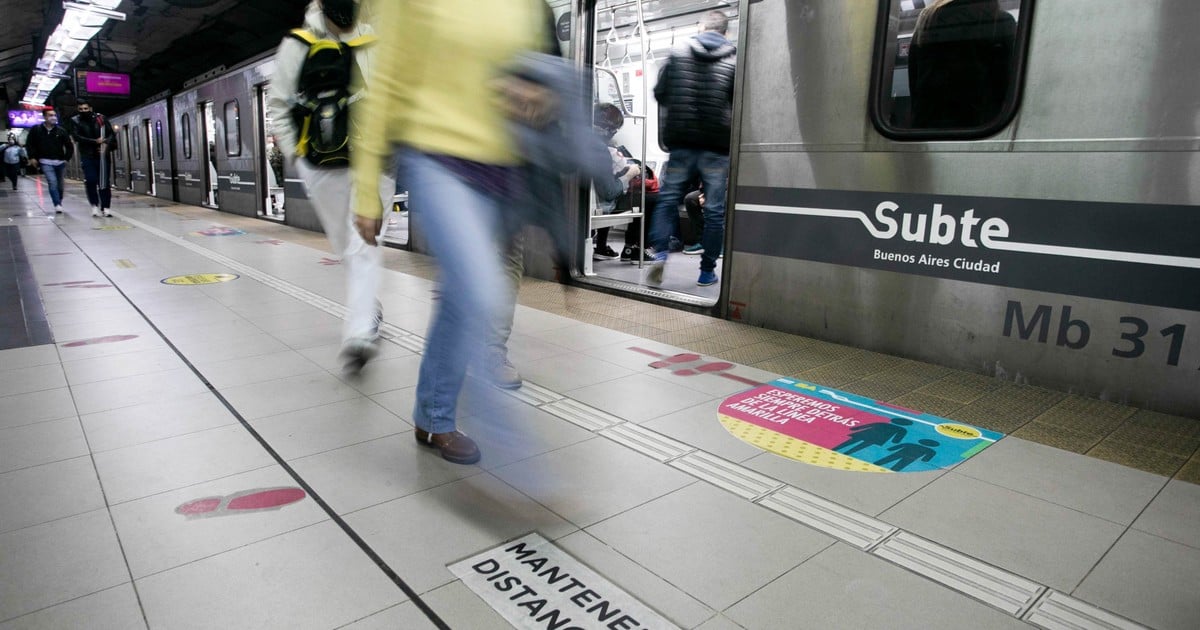 The subway will operate again as before the pandemic from next Tuesday, when the ten stations that are still closed.

Sáenz Peña, Pasco and Alberti (Line A), Florida and Pasteur-AMIA (Line B), Agüero and Scalabrini Ortiz (Line D), and San José, Pichincha and Varela (Line E) are the stops that will be operational again.

The opening, according to sources from the Buenos Aires Government, responds to the increase in the number of users that was observed in recent weeks. Currently, according to official information, “around 30% of prepandemic users travel and, in this way, the demand derived from the flexibility of activities can be absorbed.”

The subway, like the rest of the public passenger transport, ceased to be only for workers in the areas considered essential since the metropolitan area, in which the City is located, ceased to be in epidemiological and health alarm situation. Now present Medium risk, which allows, in principle, to extend the use of its public transport to anyone, as long as the current capacity, which was recently expanded, is respected.

According to Resolution 269/2021 of the Ministry of Transportation of the Nation, which came into effect on Tuesday, August 10, in the groups it increased from 10 to 20 the number of passengers that can travel standing, in addition to those who occupy seats.

Next Tuesday the 10 subway stations that were still closed will reopen.

In the metropolitan and regional trains of national jurisdiction, the same decree extended the quota for the times of greatest demand, during which they can travel up to four people standing per square meter. Before, it was just one for that same surface.

The subways, For their part, they can also be more loaded for two weeks: Up to 40 standing passengers are admitted, when before there were 15.

On Tuesday 16, 11 stations had opened. They were Rio de Janeiro and Piedras (line A), Tronador and Echeverría (B), Moreno and San Juan (C), José Hernández (D), Belgrano and Catalinas (E), and Córdoba and Inclán (H). In this way, lines C and H were fully operational.

The transfer of bicycles and skateboards was enabled last year when strict isolation was in force. From now on, it will be seen restricted to off-peak hours during business days -from the start of the service until 8 a.m., from 10 a.m. to 4 p.m. and from 7 p.m. to closing- and on weekends and holidays, with the aim of guaranteeing greater capacity within the trains.

The lines enabled to do so are the same as so far: the A, B, D, E and H. The C is excluded because it has a high demand, has different internal combinations and is the shortest in the network.

To climb with the bicycle or skateboard, users must take into account the following rules: