In 8 elections for president, the 3rd central route never worked in Brazil 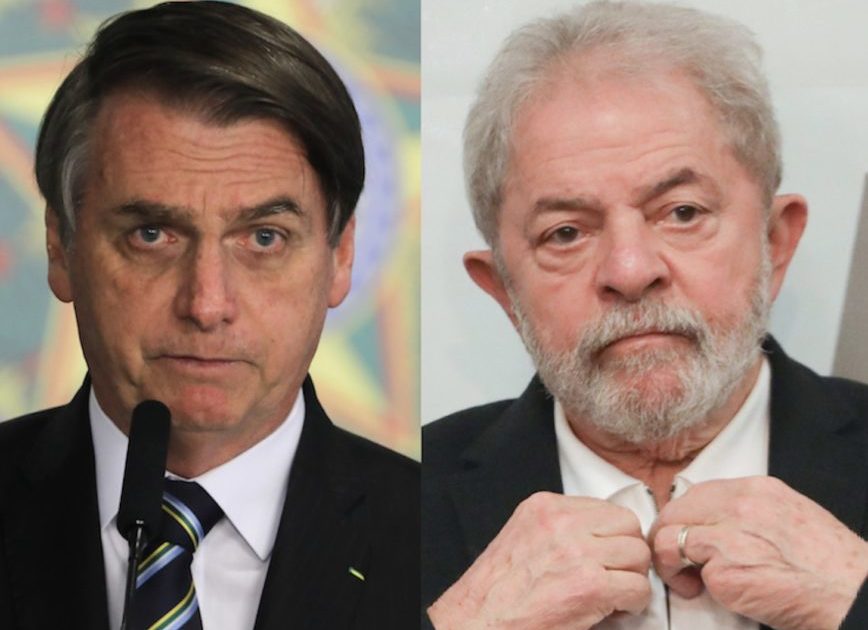 The results of the 8 presidential elections from 1989 until now show that the idea of ​​a 3rd way has a lot of wishful thinking –when you confuse desire with real probability – and almost no connection with the country’s reality. There was never a real third way in Brazil, in the sense of what some parties are looking for today, with a candidate from the center and outside the left-right polarization.

O power360 compiled the results of all these elections since 1989 with data from the TSE and the page Brazilian politicians. The result of this survey shows an unfavorable history for having a competitive 3rd candidate representing forces of the so-called political center. Recent experience indicates that it is unlikely that a viable name will emerge to remove Lula’s or Bolsonaro’s vacancies from the 2nd round.

The 1989 election was the only one with a competitive 3rd candidate since redemocratization. But that was a claim not married, just for president. A situation different from the current one, when candidates for president, federal deputy, state deputy, senator and governor campaign at the same time and are voted on the same day.

In 1989, which had the 1st direct election for president after the military dictatorship (1964-1985), there was a clear polarization between the center-right, represented by Fernando Collor (PRN, at the time) and left, divided into Luiz Inacio Lula da Silva (PT) and Leonel Brizola (PDT). The 3rd copy of that dispute would have been the toucan Mario Covas (1930-2001), but he failed and was further behind, in 4th place, without ever having a real chance of winning.

Brizola was 3rd, and out of the 2nd round, but only 0.7 percentage point behind Lula. It would be incorrect to say that the pedetista was the 3rd way in 1989. Brizola and Lula disputed the same lane as the leftist electorate, which was divided.

It is notable, however, that the 1989 election was the only one of the 8 direct post-dictatorship contests in which the difference between the 2nd and 3rd candidates was below 5 percentage points. The table below shows the voting in the 1st round:

In the next election, in 1994, Fernando Henrique Cardoso (PSDB) surfed on the popularity of Plano Real, which reduced inflation in the country. He was elected in the 1st round.

The year 1994 marked the beginning of the polarization between PT and PSDB, which lasted in Brazilian politics until the 2014 dispute.

In 1994, Lula was in 2nd place, practically 20 points ahead of the 3rd place, Eneas Carneiro (Prone). It is worth mentioning that Orestes Quercia (1938-2010), former governor of São Paulo and candidate of the then powerful PMDB, had a meager vote: only 4.4% in the 1st round. Here are the numbers:

In 1998, the 1st dispute after the possibility of reelection was approved, Fernando Henrique won in the 1st round again. Lula again occupied the 2nd place. Ciro Gomes (PPS, at the time) disputed his 1st presidential election and finished 3rd, more than 20 points behind the PT. The results were these:

The 2002 election sealed the PT’s arrival in power. Lula was the most voted in the 1st round, and, in the 2nd, he defeated José Serra (PSDB). The 3rd place was Anthony little boy (PSB, at the time).

Garotinho, after Brizola, was the 3rd place that came closest to the 2nd round. Even so, it was more than 5 points behind Serra. The PSB candidate in 2002 did not emulate the third way spirit that some parties today claim to pursue. A controversial political personality, Garotinho acted more like a popular leader with a sometimes pro-left speech.

The toucan Serra, on the other hand, suffered in 2002 from the political wear of what became known as “blackout crisis“At the end of the government of his co-religionist Fernando Henrique Cardoso: Brazil went through a serious water crisis, there was energy rationing and a lack of electricity.

In addition, affected by the lack of energy, the country had low economic growth. The positive effects of the Plano Real (1994) had been left behind. It was very difficult for Serra, FHC’s candidate, to win. The following infographic shows the numbers of the 2002 election, which led the PT to Planalto:

In 2006 the polarization between PT and PSDB reached its peak.

Lula’s government had come under heavy strain because of the Mensalão scandal, released the previous year. Even so, the PT was ahead in the 1st round and was elected in the 2nd round – largely due to the resumption of economic growth and the PT’s alliances to govern, embracing parties like the PMDB and others previously considered adversaries.

The 2nd place went to the toucan Geraldo Alckmin, a candidate who had a curious feat: he registered fewer votes in the 2nd round (39.18%) than those he had obtained in the 1st round (41.64%). Psol participated in the presidential election for the 1st time and had its best result, with Heloise Helena. She was in 3rd place, but almost 35 points behind Alckmin. Here are the data:

The 2010 election was the 1st of Dilma Rousseff (PT), presented by Lula as the “mother of the PAC”, the growth acceleration program (a set of works with a strong injection of public money). The GDP grew and Lula, in office, had more than 80% approval in various polls.

When looking back, the impression one has is that Lula would have managed to elect in 2010 any politician he wished to nominate. He opted for the newcomer to the ballot box Dilma Rousseff. She finished the 1st shift in the lead. He also won the next stage. Toucan José Serra was in 2nd.

The 3rd place was Marina Silva (PV, at the time). The result consolidated Marina on the national scene, but she went far from reaching the 2nd round. Serra had an advantage of more than 13 points, as shown in the infographic:

Dilma arrived in 2014 worn out by the demonstrations that had taken to the streets of the country the previous year, but managed to finish the 1st round ahead and win the dispute in the next stage.

His main opponent was Aécio Neves (PSDB), which ranked 2nd.

Marina Silva (PSB, at the time) was second on the ticket Eduardo Campos (PSB) and assumed the candidacy for Planalto after the politician’s death in a plane crash. She was tried to present herself as an eventual 3rd copy, but ended up more than 12 points behind Aécio.

Strictly speaking, the PV candidate never managed to consolidate the image of someone truly at the center to break the PT-PSDB polarization. Marina was seen by the electorate as a “outsider” and an advocate of ideas that had not yet gained enough traction in society – such as the uncompromising defense of policies in favor of the environment.

The current president of the Republic, Jair Bolsonaro, now without a party (PSL, at the time), was ahead in the 1st round in 2018 and defeated Fernando Haddad (PT) in the next round. Bolsonaro knew how to capture the Zeigeist (spirit of the time) of the election period. He presented himself as a novelty, despite having previously served as federal deputy for two and a half decades. He surfed on the rejection of the PT and on the PSDB’s inability to renew the speech. He used social media heavily, something none of his opponents knew how to do.

Fernando Haddad assumed the candidacy after Lula was formally barred by the TSE (Superior Electoral Court). The former president was in prison and was subject to the Clean Sheet Law.

Who came in 3rd was Ciro Gomes (PDT), almost 17 points behind Haddad, scoring 12.8%, a level similar to what he had achieved in the other two presidential elections in which he ran (1998 and 2002).

In 2021 the STF (Supreme Federal Court) overturned Lula’s convictions in the Lava Jato operation. The Court also declared Sergio Moro, a federal judge who had convicted the PT member and later joined the Jair Bolsonaro government, as suspect.

The court decisions returned Lula to the dispute for Planalto.

The search PowerDate most recent (7-9.jun.2021) shows the former president tied in the margin of error with president Jair Bolsonaro (no party) in the intentions to vote for the 1st round. Lula had 31% of voting intentions. Bolsonaro, 33%. The margin of error is 2 percentage points. In the eventual 2nd round, Lula would win by a wide margin: 48% to 37%.

The 3rd place in the survey is Ciro Gomes (PDT). He, however, is more than 20 points behind Lula and Bolsonaro.

One of the options to represent the 3rd way gave up on running for the presidency this week. TV presenter Luciano Huck announced that he will not run in the 2022 elections, even though he left on the air that he intends to act politically: “This doesn’t mean I’m out of the public debate”. He appeared with 4% in the survey PowerDate in the 1st round projections, but would beat Bolsonaro today in an eventual 2nd round by 45% to 35%.

Here’s what the PoderData poll conducted from June 7 to 9, 2021 says if the presidential election were today:

All things considered, if the 8 past elections indicate any pattern and if current polls point to some direction, the 3rd way in Brazil is still something to be built. It has never worked out in 3 decades of direct presidential races. And right now there’s no clear sign that it can come.

The 3rd way, as proposed by some parties, depends less on the names being presented and more on some “extra-field factor“, as they say in football, to open up a new space to be occupied. For example, Jair Bolsonaro will in fact have to face an impeachment process (which today seems unlikely) or Luiz Inácio Lula da Silva suffer some setback in his court cases (something also off the radar). Outside of that, the polarization seems to be getting more solid. 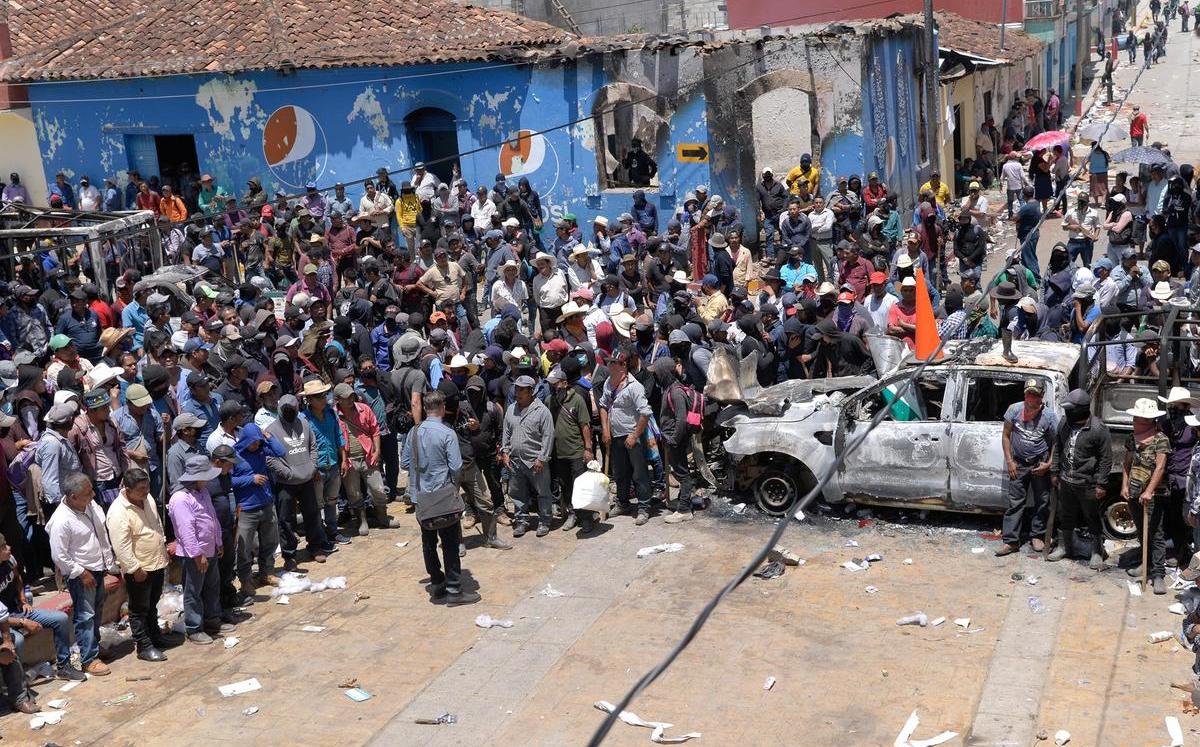