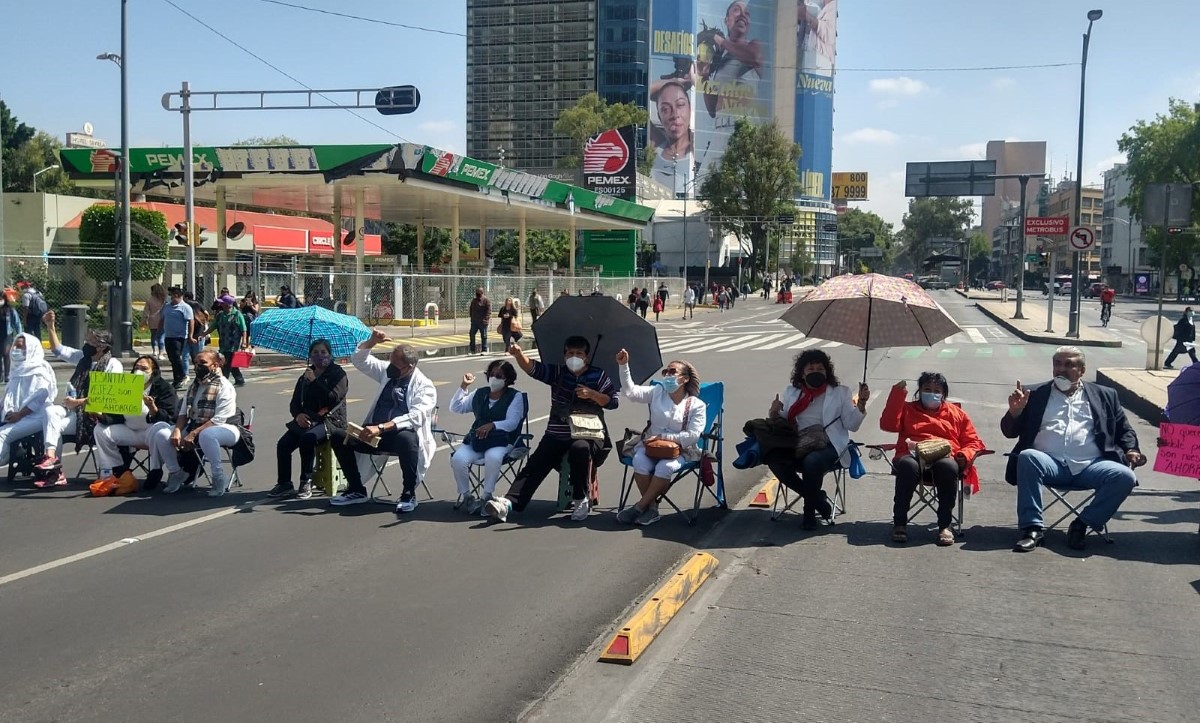 Retirees and pensioners of the Mexican Institute of Social Security (IMSS) block circulation in the intersection of Insurgentes avenues and Paseo de la Reforma, in the Tabacalera neighborhood, Cuauhtémoc mayor’s office, nine days after setting up a sit-in in front of the dependency offices to demand back payments.

The protesters closed the passage in all lanes of both roads, which also affects the service on lines 1 and 7 of the Metrobús From Mexico City.

Retirees indicated that they intensified their protest because so far They have not been attended to by the authorities of the Ministry of Finance, who asked for a dialogue table to fully show their request sheet.

Due to the protest, ehe Metrobús in the capital reported that in the Line 7, uqe circulates on Reforma, there is only service in the section of Indios Verdes / La Villa Children’s Hospital towards El Caballito.

While in the Line 1Service is only provided on the section between Indios Verdes and Plaza de la República, as well as from Insurgentes to El Caminero.

Even cats and dogs can (indeed should) donate blood