IMSA | Vanthoor: “I don’t have it with Jaminet, but I cried” 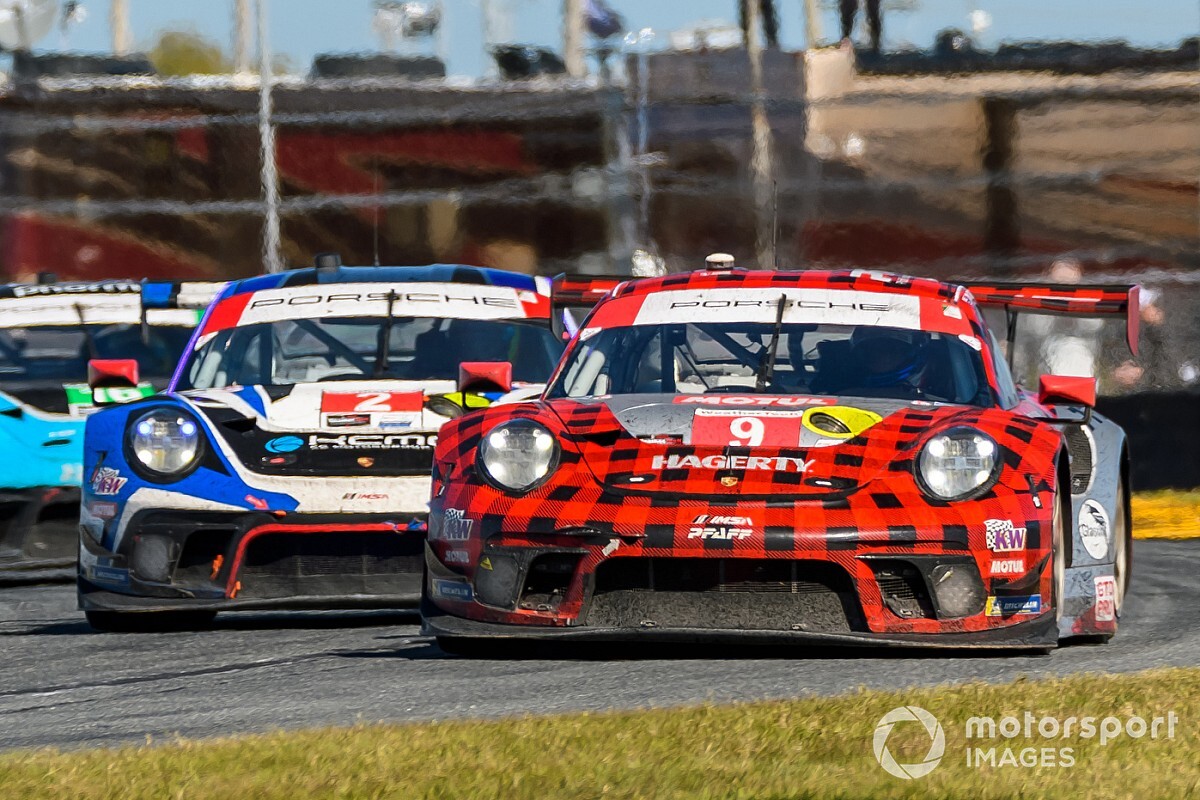 The final 20 ‘of the 24h of Daytona 2022 will remain etched in everyone’s memory for the very heated duel between the Porsche drivers.

Competing for the success in the GTD PRO Class for the first event of the IMSA SportsCar Championship were Mathieu Jaminet and Laurens Vanthoor, who found themselves clinging to the restart from the last Safety Car and started their very personal fight.

Between overtaking and counter-overtaking, detached to the limit and touched on more than one occasion, on the final lap the Belgian tried to flank his rival on the outside near the ‘Bus Stop-Le Mans’ chicane.

Jaminet extended the braking and the two 911 GT3-Rs collided, with Vanthoor losing control in the grass by turning and leaning on the Pfaff Motorsport car, which the French driver masterfully controlled, leading to success.

“The last lap was certainly spectacular, but also the incredible duel in the last two hours – says Jaminet – I drove every single lap with my heart. I really gave everything I had.”

See also  Red Bull Abestone, the most iconic Hard Enduro race in the world is back in Italy

“Of course, I know Laurens well, he is my colleague in Porsche. I know how strong he is. He has tried several times to pass me and our cars have touched repeatedly. But I said to myself: ‘He will not overtake me today!’ “

“On the last lap we both ended up on grass. Luckily I managed to avoid a spin. It must be said that the KCMG car was slightly faster, but thanks to perfect teamwork and the exceptional performances of my teammates we are finished up front. It was a great promotion for motorsport and a perfect start to the season for us. “

For his part, Vanthoor found himself with injury and insult, since in addition to seeing the record fade he also lost second place to the advantage of the Ferrari of Risi Competizione.

“I had a clear goal: after my victories at the Nürburgring, Spa and Le Mans, I was determined to win the 24 Hours of Daytona and complete the quartet,” comments the KCMG standard bearer.

“I did everything possible to make this happen, but unfortunately it didn’t work out. For sure I will relive the scenes of the last laps in my mind for a long time and even now I can’t get them out of my head.”

“I cried as I got back to the pits, I ran with my heart, I tried them all, but it wasn’t enough. It was a fair duel, where both Mathieu and I put everything, I don’t have it with him because it was a battle of pure passion “.

“The nice thing is to read the comments of the people who describe our heads up as one of the best ever, even if on the one hand it continues to leave me bitter. The best ones won, who were the guys from Pfaff Motorsports, so congratulations to them and my companions “.

See also  "She was only supposed to stay with us for a few days, but after what she did, we don't want to part with her anymore. Without her my children would have died!"

At Porsche they celebrate the triumph, even if there was no shortage of cold sweats for a finale really unsuitable for the faint of heart.

“The customer races at these levels are like those between official cars and this is what we saw at Daytona – said a Sebastian Golz, head of the GT3 project – This final left me speechless. We can only emphasize how difficult it was. this race and the high level of professionalism of the teams that manage all seven cars “.

“Victory in the GTD class and first and second in the GTD PRO class! It’s not a walk in a race with 35 GT cars. It’s a well-deserved reward for the teams, the drivers and the Porsche.”

"If one day I will be half to my son of what you have been to me, I will have the certainty of being an extraordinary father": the dramatic announcement of the Italian champion