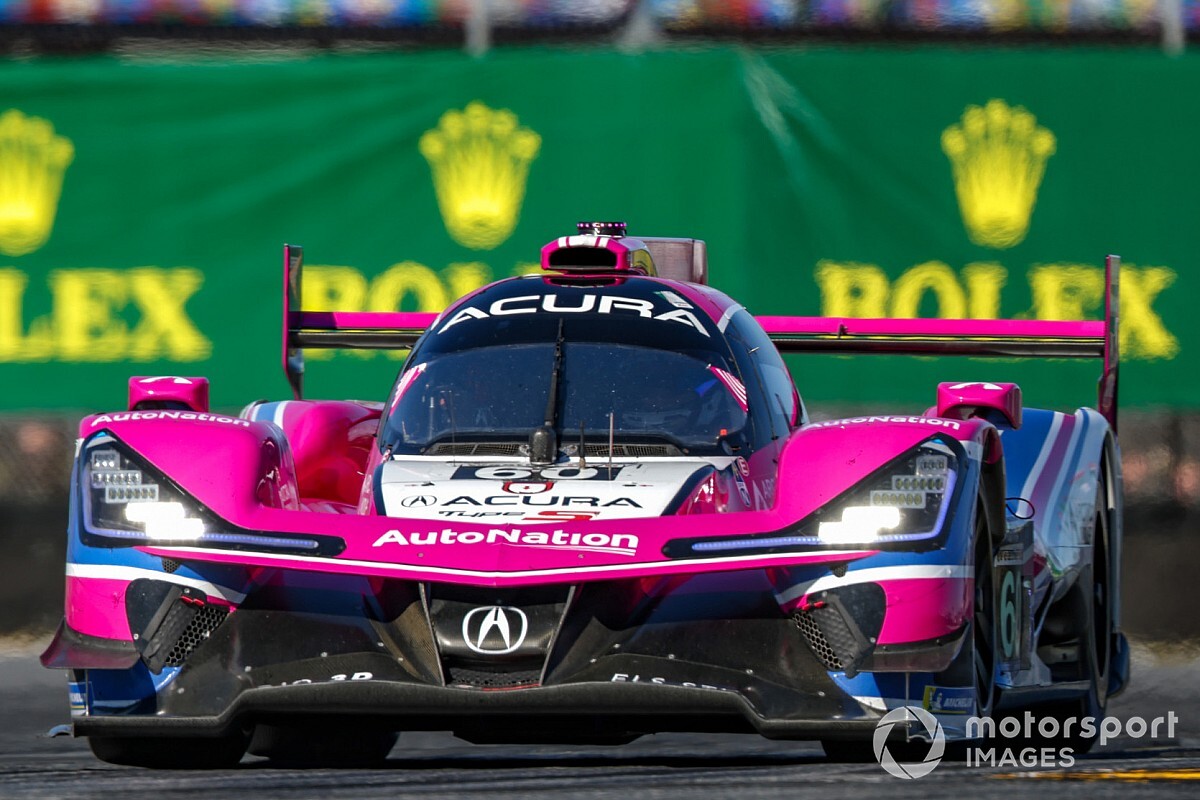 The Acura of Meyer Shank Racing and the Porsches of Pfaff and Wright hit a fantastic success at the 24h of Daytona, the first event of the IMSA SportsCar Championship 2022 that gave emotions until the last lap.

If in the early hours of the cold morning in Florida we had had a moment of respite, two Full Course Yellows in the final 120 ‘reopened a situation that was slowly taking shape.

The final half hour was certainly not suitable for the faint of heart, ending as if it were a real sprint race, also underlining that the IMSA regulations largely favor the show, so much so as to arrive at the last lap with a heart attack.

The Acura ARX-05 of Meyer Shank Racing with Curb Agajanian (# 60) and Wayne Taylor Racing (# 10) competed for the record in a very tight-toothed finale.

Helio Castroneves took the lead and withstood Ricky Taylor’s assaults, bringing joy to his fellow Jarvis / Blomqvist / Pagenaud as well, while rivals Stevens / Rossi / Taylor / Albuquerque have to surrender for 3 “028, with the WTR coming dethroned.

The sore point is that it wasn’t the Daytona other Cadillacs dreamed of. The # 48 of Ally Racing / AXR (Johnson / López / Kobayashi / Rockenfeller) fought for the lead in the early stages, but a contact with a GTD damaged the rear right and it took a long time to get it back on track to take the Top5.

Worse went to the two DPi VR of Chip Ganassi Racing: first the # 01 of Bourdais / Van Der Zande / Dixon / Palou and then the # 02 of Bamber / Lynn / Ericsson / Magnussen had to stop a lot in the pits during the night to solve technical problems that have cut them off from the record and forced them to settle for points. 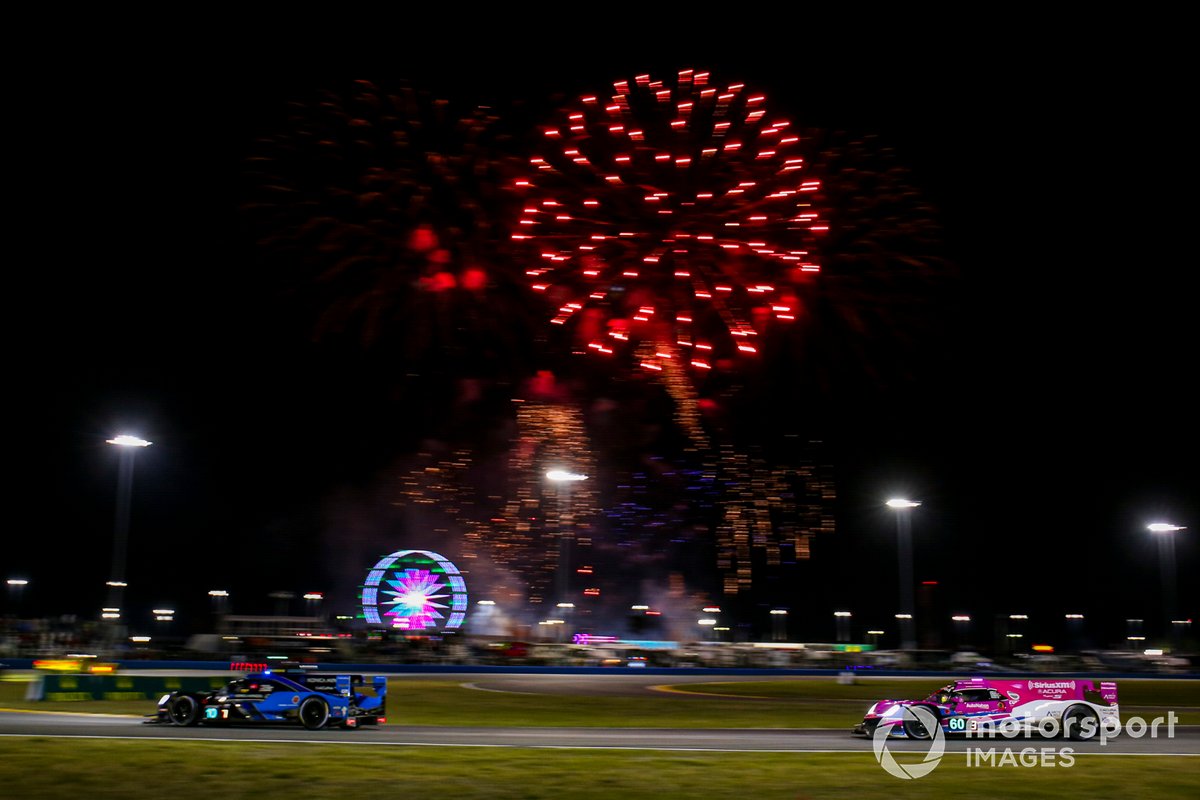 In the LMP2 Class, the DragonSpeed ​​Oreca 07-Gibson # 81 gets a kick with a great performance from Herta / Lux / DeFrancesco / O’Ward.

The good margin taken on the pursuers vanished with the latest neutralizations, but a great Racing Team Nederland (Van Eerd / VeeKay / Murry / Van Der Garde) was unable to complete the ascent with the Oreca # 29 and in the end the primacy goes to the ‘hosts’, even if the Dutch deserve credit for never giving up and for having ‘doubled’ a couple of hours from the end, a decisive move in the end to get at least the 2nd prize.

The Oreca # 8 of Tower Motorsport (Andrade / Delétraz / Farano / Habsburg) completes the podium, down from which the # 52 of PR1 Mathiasen (Lapierre / Keating / Huffaker / Jensen), which he had led for a part and had hoped for, slips sadly in a different ending.

See also  10 footballers who became the most expensive in history 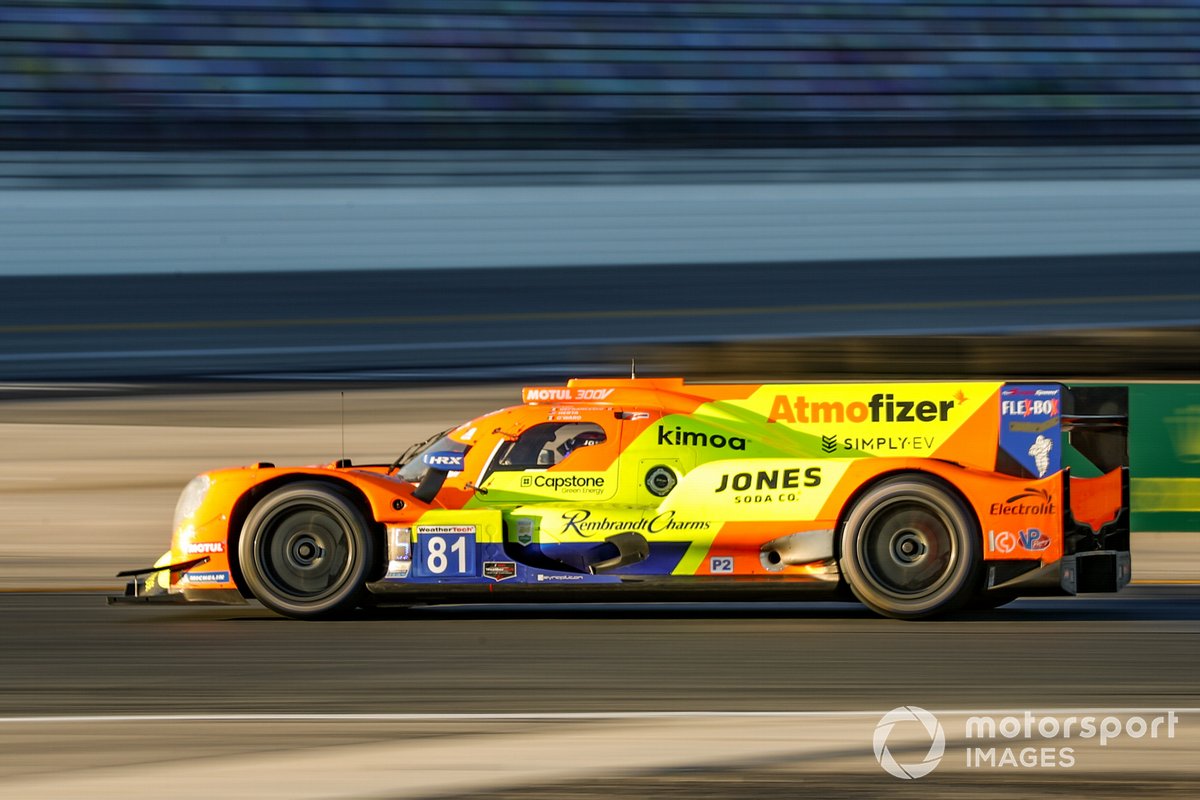 Among the LMP3s, the Ligier JS P320 # 74 of Riley Motorsports (Fraga / Robinson / Van Berlo / Cooper) dominated alal, which clawed the first place from the middle of the race onwards and stretched without ever allowing the pursuers to take it back.

The Ligier # 33 of Sean Creech Motorsport (Willsey / Barbosa / Priaulx / Jacobsen) receives as a gift the second in its category from the # 54 of Core Autosport (Jonsson / Kurtz / Braun / Bennett), which at the last restart was sanctioned with a Drive Through for overtaking under yellow flags.

On the other hand, # 36 of Andretti Autosport (Burdon / Andretti / Lindh / Chaves) closes fourth, while Duqueine D08 # 13 of AWA suffers a problem at 23rd hour while it was fourth, stopping and causing the penultimate Full Course Yellow.

In the end she came back taking home the Top5 of the category, benefiting from the fact that the other colleagues in the lot were too far away.

Despite being among the favorites, Muehlner Motorsports America only takes a sixth place with the Duqueine # 26 of Siegel / Shields / Crews / De Wilde, also because the twin # 6 of Castro / Kranz / Ori / Miller stumbled into retirement after a couple of accidents that had already set her back.

Also out was the Duqueine # 7 of Forty7 Motorsports (Kvamme / McCusker / Estep / Doquin), penalized several times and then burned down in the night after an exit at turn 2. 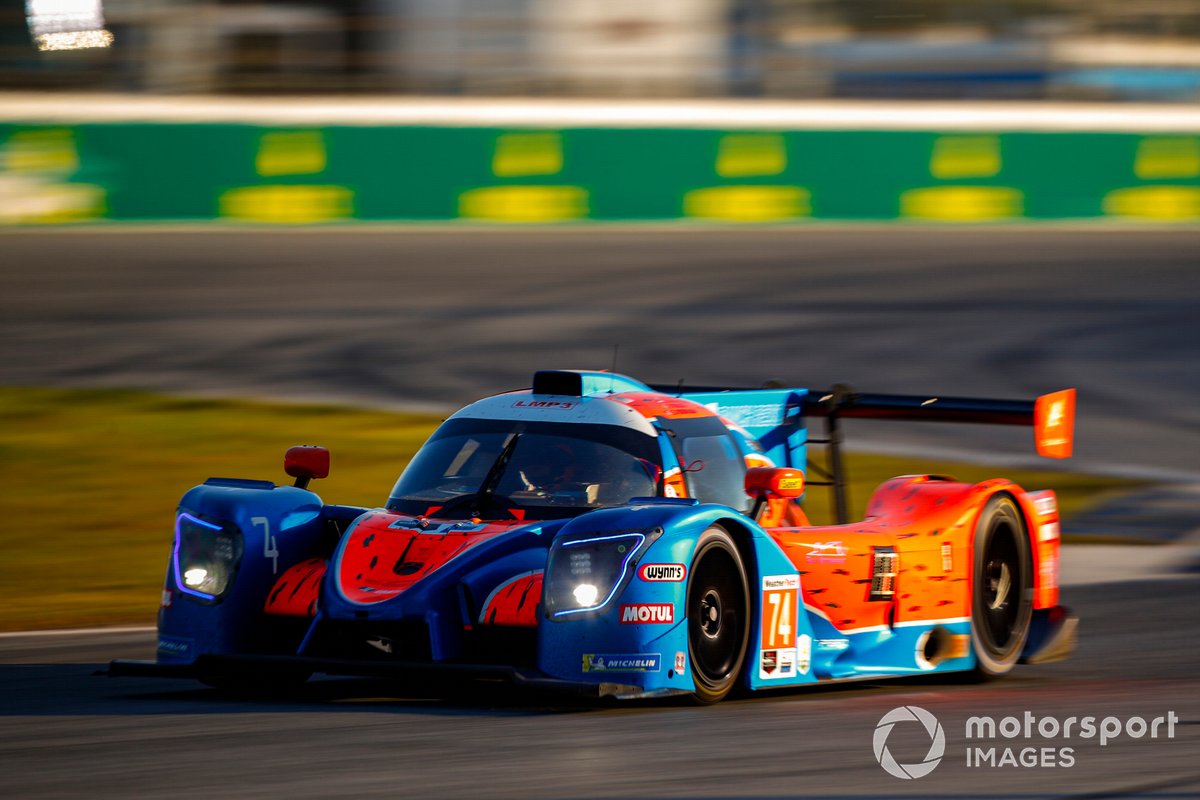 GTD PRO: Pfaff on the last corner, Ferrari on the podium

In GTD PRO the race was decided at the ‘Bus Stop-Le Mans’ chicane at the very last lap. After many back and forth, touches, overtaking and counter-overtaking, the Porsche 911 GT3-R # 9 of Pfaff Motorsports goes on to win with the Jaminet / Campbell / Nasr trio.

But the key episode took place right in the heart-pounding finale, when Laurens Vanthoor tried to overtake Jaminet outside at the entrance to the variant.

The Frenchman extended braking and KCMG’s Porsche # 2 hooked up to the leader; Vanthoor spun cutting in the grass, finding himself not only with damage, but also with the mockery of a possible first place finally becoming third together with his colleagues Olsen / Pilet / Imperatori.

This is because with the off-track, the Ferrari 488 # 62 of Risi Competizione (Calado / Pier Guidi / Rigon / Serra) took the opportunity to take off the white-blue Porsche and grab a well-deserved place of honor, given the second part of the race. that the standard bearers of Maranello have done.

The Lexus RC F # 14 of Vasser Sullivan Racing (Barnicoat / Kirkwood / Hawksworth) finished fourth just seconds from the podium, while the Mercedes # 15 of Proton USA (Mueller / Assenheimer / Cindric) is fifth with a couple of laps behind.

Disastrous the race of the BMWs of Team RLL: the M4 # 25 (Krohn / Farfus / Edwards / De Phillippi) and # 24 (Eng / Wittmann / Yelloly / Van Der Linde) take home only a seventh and ninth place respectively, having suffered immediately of various problems, including a loss of the bottom at the ‘Bus Stop-Le Mans’ chicane in the early hours.

Corvettes didn’t shine either: the best of the C8.Rs is # 3 from Catsburg / Taylor / Garcia with sixth place at the finish, while # 4 from Milner / Tandy / Sørensen is last, but the Pratt & Miller men had to work on long on both for different technical problems, so here is the reason for the disappointing result.

Also out was the Lamborghini # 63 of TR3 Racing (Caldarelli / Mapelli / Bortolotti / Ineichen) in the night, as well as the Mercedes # 97 of WeatherTech Racing (Gounon / Juncadella / Engel / MacNeil) smoking just as he was in command.

The Porsche # 79 of WeatherTech Racing / Proton driven by MacNeil / Andlauer / Cairoli / Picariello in the points with an eighth place not exactly exciting. 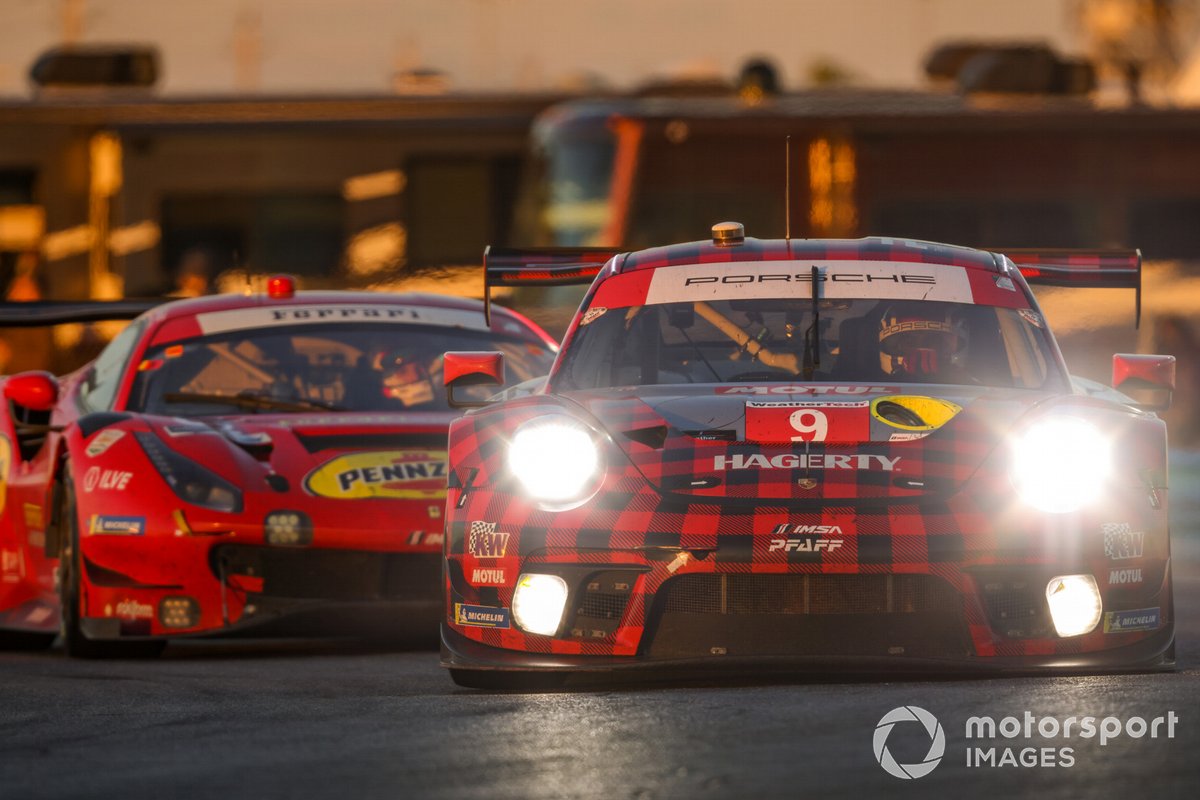 Even among the GTDs it was necessary to wait for the final quarter of an hour at Wright Motorsports to finally lengthen and cross the finish line victorious.

Porsche # 16 of Hardwick / Robichon / Heylen / Lietz was threatened by Ferrari # 21 of Mann / Vilander / Nielsen / Perez Companc, but the AF Corse crew was caught overtaking with yellow flags and had to observe a Drive Through that made him sink fourth.

According to Ferrari, the McLaren 720S # 70 of Inception Racing (Pepper / Iribe / Schandorff / Millroy) makes a comeback in the Top5 category, followed by the Mercedes # 57 of Winward Racing (Ward / Ellis / Grenier / Auer).

A failure in the final denies a good placement at least among the top five for the Lamborghini # 19 of the TR3 Racing (Altoè / Sweedler / Megrue / Segal), which stopping 51 ‘from the end was the one that unintentionally caused the decisive FCY for the fate of the race.

There is great bitterness for the third Ferrari on the track: at Cetilar Racing-AF Corse every wound is licked, starting with the one that opened with the spin at the start that made the 488 # 47 hit by the innocent Lexus # 12 of Vasser Sullivan Racing, blow that caused damage to the left rear.

The RC F was also the only one to finish behind it in the category and the quartet formed by Lacorte / Rovera / Sernagiotto / Fuoco, back in action with an unbridgeable delay – despite Rovera’s great times in the night – returns home with empty hands and the need to redeem himself in Sebring, hoping for better fortunes and fewer mistakes. 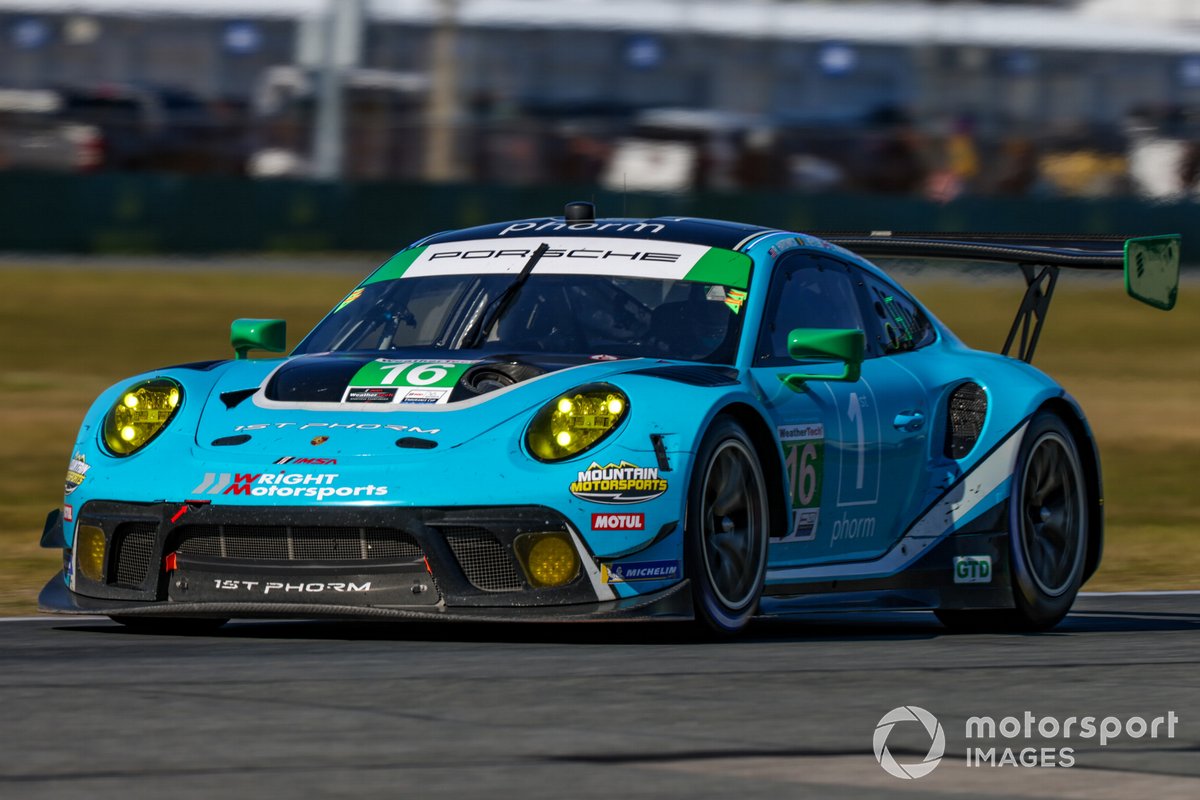 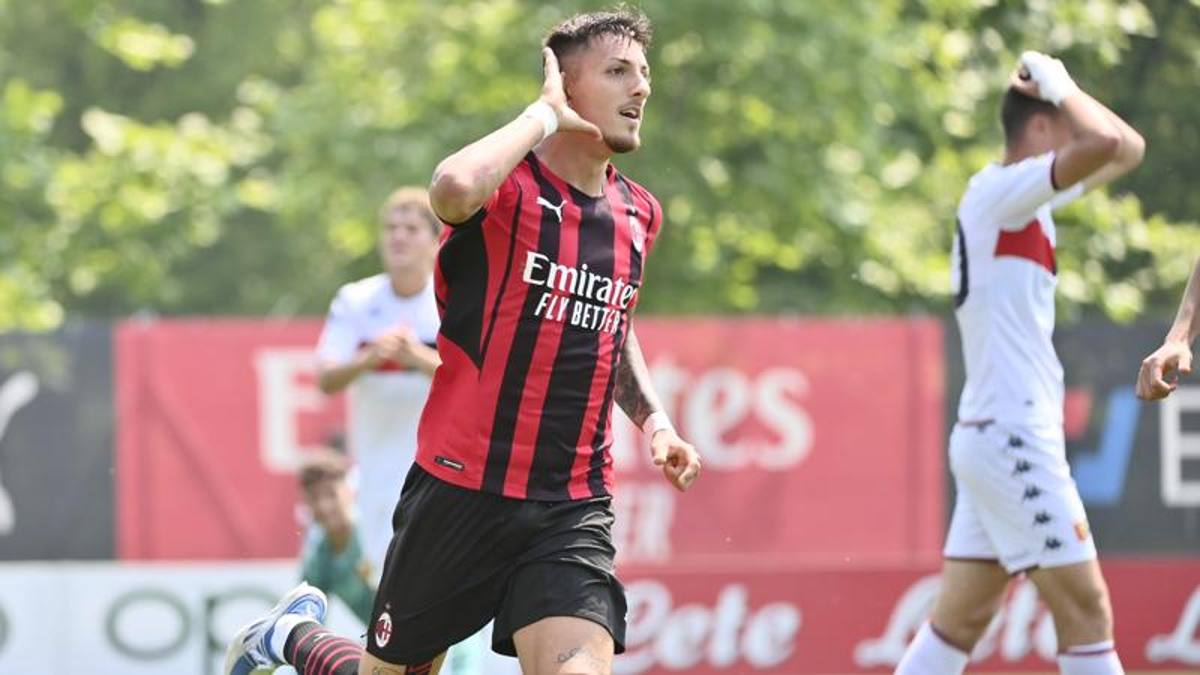 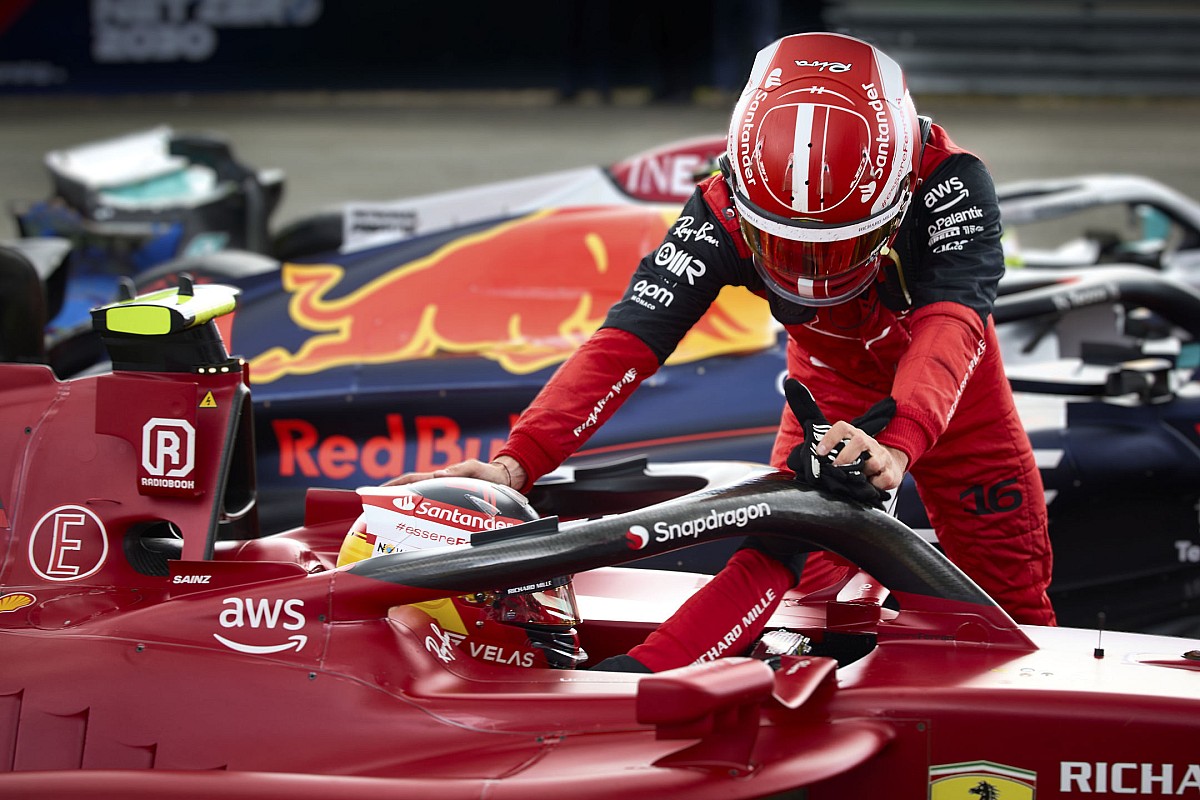 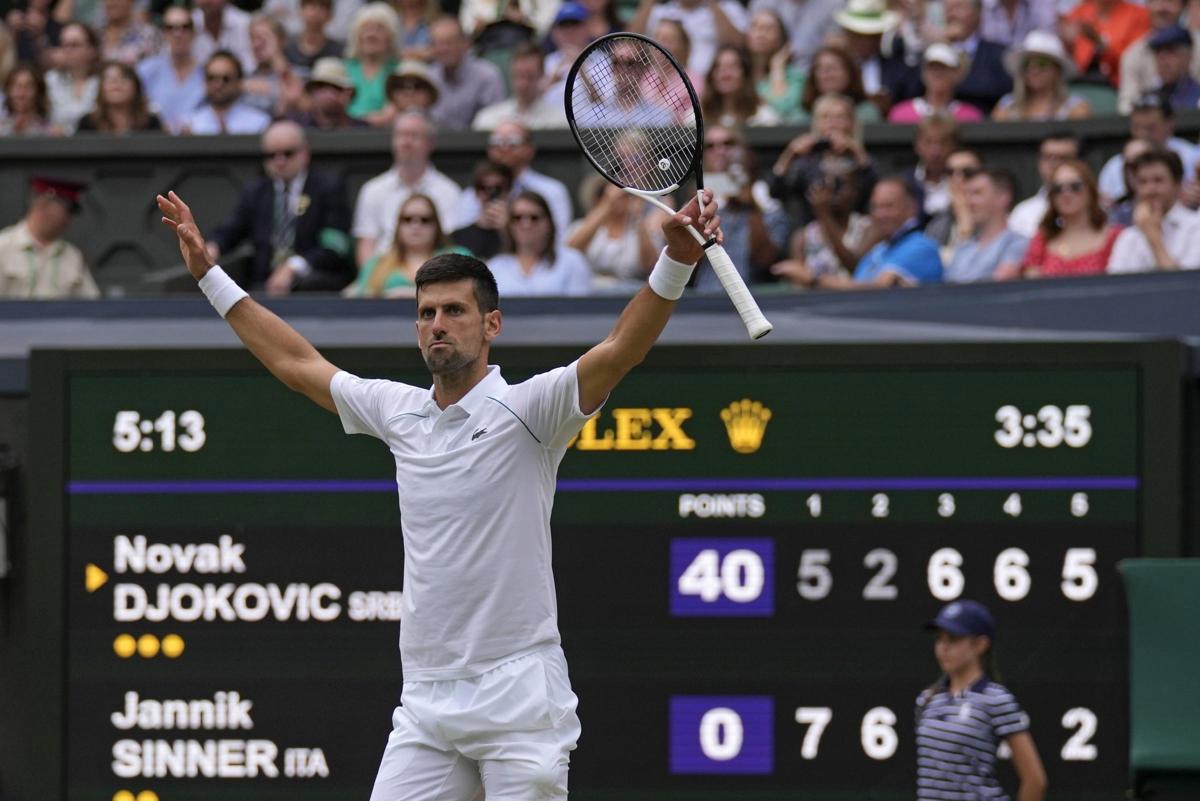 Golf drama in Dubai: Spectacular catch-up in the desert