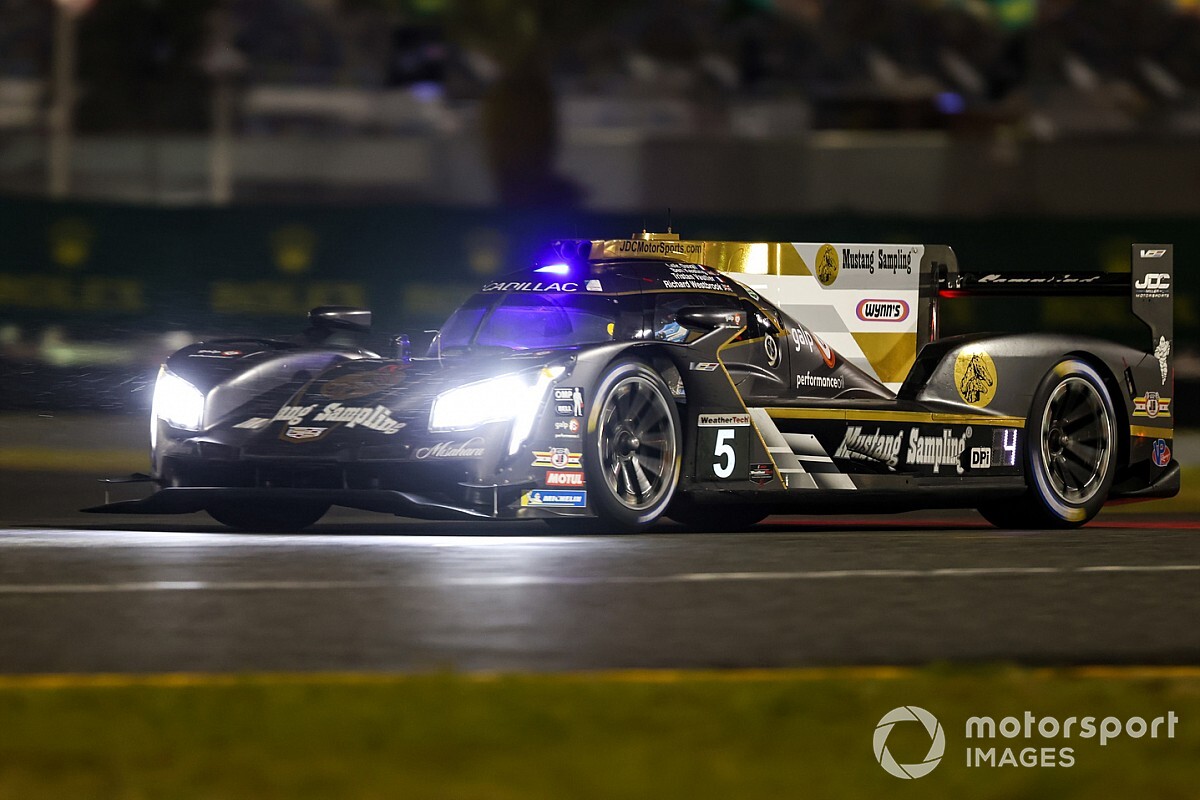 We have reached the halfway point at the 24h of Daytona, where night has fallen as the protagonists of the IMSA SportsCar Championship have completed the 12th hour of this first round of 2022.

As usual, the ranking is still constantly changing, but there are some episodes to report that occurred in the hours that led us to the US night.

At one point we risked seeing the two Acuras cut out, because both the # 60 of Meyer Shank Racing and the # 10 of Wayne Taylor Racing had a puncture, having to go back to the pits also to fix the bodywork.

The two ARX-05 DPi’s were back in contention with the Cadillacs using neutralizations, even though the # 10 sweated cold again at the 12th hour, when the Cadillac # 02 hit it at turn 3 sending both of them into a spin (and remedying a Drive Through).

The Full Course Yellow has been decreed for the track exits of the LMP3 of Core Autosport and Muehlner, while we report the KO suffered by the Aston Martin # 23 of the Heart Of Racing (multiple accident with the LMP3 of Muehlner and the Mercedes # 75 of SunEnergy1) , of the Mercedes # 28 of Alegra, the alternator problems accused by the Corvette # 3, with the twin # 4 hit and damaged by another car.

See also  Retro motorcycle boots: At the foot of the Matterhorn

Heavy penalty of 3’30 “for an infringement committed under the FCY regime imposed on the Mercedes # 97 of WeatherTech Racing and the Lexus # 14 of Wasser Sullivan, which however managed to hang up the rivals.

The DPi are all together, as the last FCY occurred around the halfway point. Leading is JDC-Miller Motorsports’ Cadillac # 5, followed by Ally Racing / AXR # 48, Chip Ganassi Racing # 01 and MSR’s Acura # 60.

In Top5 we also have AXR’s Cadillac # 31 with behind the Acura # 10 and CGR’s Cadillac # 02, the only one to be divided from rivals having just served the DT.

See also  Earthquake in Emilia, second quake of magnitude 4.3 an hour after the first

In LMP3 the Ligier # 74 of Riley Motorsports still stands with a wide margin over the Duqueine # 13 of Awa and the # 33 of Sean Creech Motorsport.

A little further back, but at the same number of laps as the others, here are the # 54 by Core and the # 36 by Andretti.

The Mercedes # 97 of WeatherTech Racing took the lead among the GTD PROs at the restart, ahead of the Porsche # 2 of KCMG and the Ferrari # 62 of Risi Competizione.

With two laps of delay from these we have instead the group of GT3s fighting for the GTD, led by McLaren # 70 of Inception Racing, which has a couple of seconds on the Porsche # 16 of Wright Motorsports, in turn with the same gap on the Aston Martin # 44 of Magnus Racing and the Acura # 66 of Gradient.

See also  The formation of Boca Juniors to visit Always Ready: Battaglia decided on a return