D.he Greens want to quickly get a comprehensive and far-reaching climate package off the ground in a future federal government. This provides for an “immediate program” of the party that was presented on Tuesday. In order to implement changes quickly, a cabinet committee is to be set up immediately in the next federal government, which meets weekly under the chairmanship of a “climate protection ministry” and initiates far-reaching changes within three months.

“We will decide on the largest climate protection package that has ever existed,” the Greens promise. According to Green’s ideas, the Ministry for Climate Protection should become one of the most powerful houses of the future government, because it should be given a veto right against all laws that are not compatible with the international climate agreement of Paris. This could affect road construction projects as well as military projects or funding programs for “classic” industry. Party leaders Annalena Baerbock and Robert Habeck presented their plans for an “immediate program for the next federal government” on Monday in a nature reserve near Berlin. Then they wanted to go on a short moor hike in the Biesenthal basin.

The 10-point program initially provides for the rapid expansion of renewable energies – wind power and solar systems. The current expansion is going far too slowly, they say. Therefore, the expansion targets are to be tripled. For public buildings there should be a “solar obligation”, two percent of the land area should be made available by law for wind energy projects, approval procedures are to be accelerated. At the same time, Habeck and Baerbock announced an “extensive bird and bat protection program” at a press conference. Offshore wind farms in the Baltic and North Sea are also to be massively expanded. In addition to business and the military, the partners there also include fisheries. On the other hand, there is no talk of tourism and pleasure boats. The Greens want to bring forward the network expansion planned by 2035 for the transport of electricity to 2030.

Unlike previously agreed, this goal is also being targeted for the coal phase-out. In addition, the CO2 price is to be increased immediately to 60 euros per ton. Both the excavation of villages for coal and the installation of heating oil systems in houses should be prohibited. According to the plans of the Green Immediate Program, the costs of rising CO2 prices are to be passed on to homeowners. Since the economy is the largest consumer of CO2, the Greens want to pave the way for more climate protection with a mixture of subsidies and penalties. Among other things, high tax depreciation of at least 25 percent is planned for corresponding investments.

To promote climate protection, the Greens are also planning a reform of the company car regulation, which strongly favors electric vehicles. The expansion of the charging stations is to be accelerated with a “master plan”. Drivers will have to be prepared for less road construction, higher parking fees and a speed limit of 130 on motorways. According to the program, this saves “around 2 million tons of Co2, as much as all domestic German air traffic. The Greens also want to shift 2.5 billion euros in the federal budget from road to rail construction. Here, too, there are plans to speed up planning.

Subsidies for commuters and homeowners

In order to generate more non-fossil energy, the Greens also want to massively promote the production of “green” hydrogen and eliminate “regulatory difficulties”. The goal is to rapidly double energy generation from five to ten gigawatts. The necessary infrastructure for the supply of hydrogen to industry is to be pre-financed by a federal government with green participation.

According to Habeck and Baerbock, immediate changes will also affect agriculture. Fewer animals in the stables, the promotion of organic farming and intensive “advice” are to change agriculture. The Greens are keeping an eye on the social consequences of these and other measures. In their immediate program, they therefore propose raising the minimum wage to twelve euros in order to finance climate protection costs. Homeowners or professional commuters should be given funding programs to make their houses and cars climate-friendly.

The Greens envisage sweeping changes not only in the distribution of power between the ministries, but also in turning the federal budget into a “climate budget”. At the beginning of the legislative period, an “investment offensive” to the tune of 15 billion euros is to finance additional investments in climate protection. At the same time, “climate-damaging subsidies” worth around ten billion euros are to be abolished. Which exactly is not stated in the immediate program.

In addition to national efforts, the Greens also want to advance European climate protection when they participate in government and advocate more climate protection at the planned climate conference in Glasgow as well as in the transatlantic partnership with the United States. 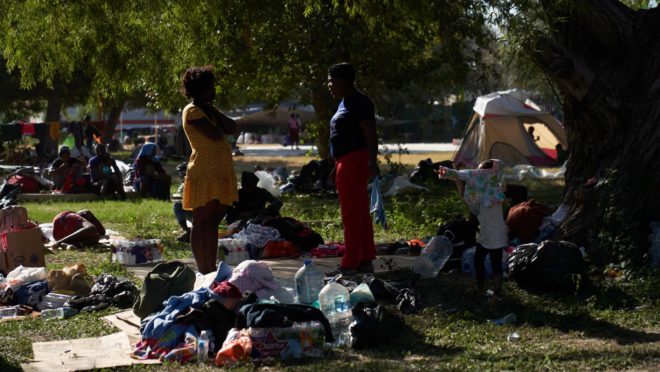