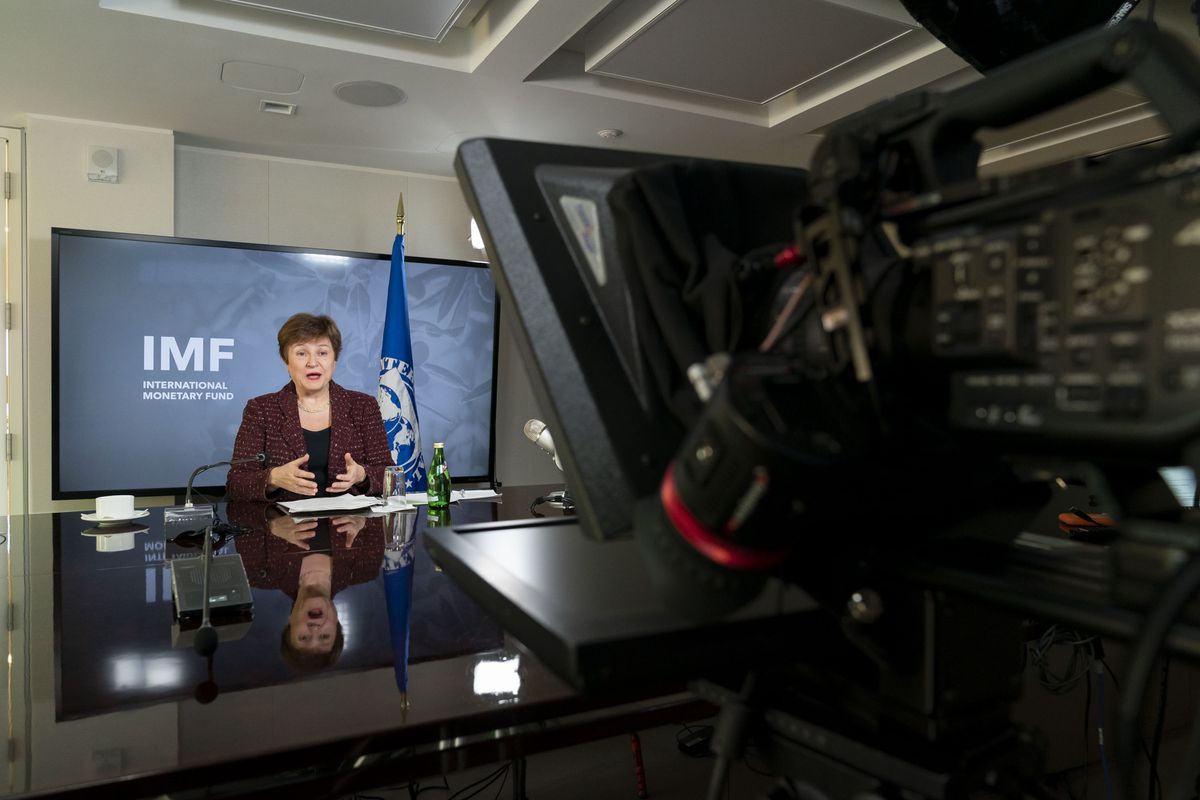 “It is a unique opportunity.” “We have to measure up.” The managing director of the International Monetary Fund, Kristalina Georgieva, has referred in these words to the need to take advantage of this historic moment, marked by an unprecedented pandemic and the worst economic crisis in decades, to “rethink and fix the international tax system and create a system that is truly suitable for the 21st century. ” The economist has emphasized the taxation of multinationals and has supported the recent proposal of the United States to impose a minimum corporate tax rate at the global level, showing her confidence that this year an international agreement can be reached within the Organization for Economic Cooperation and Development (OECD), in charge of coordinating negotiations to reform global fiscal rules.

“Taxes are as old as civilization … as are efforts to escape from them,” Georgieva said on Tuesday at the presentation of the Fund’s report. Corporate tax under pressure. Why a reform is necessary and how it could be designed. “Put a tax on the windows and people will brick them up. Tax imports too much and you’ll have smugglers. Tax corporate income, and companies will pass on the profits, invest, or make plans to avoid paying. But well-designed taxes can minimize this behavior ”, he exemplified.

With this clear premise, it remains to establish how to do it. Large corporations, in the heat of digitization and globalization, have spent years diverting profits to low-tax territories to lower their tax bill. The tricks they use to move their profits and reduce their tax bases have driven a race to the bottom in the corporate tax rate around the world, and they have reduced the collection of the States for this tax. Finding a solution to this challenge, which reveals the obsolescence of fiscal rules designed in the 1920s, has become even more urgent with the current crisis, which has had a virulence comparable only to war conflicts and has created a huge hole in public accounts.

“Looking back, the biggest historical driver of fiscal policy innovation has been war,” Georgieva noted. “The cost of World War I and postwar reconstruction helped create modern corporate taxes. Now, we are faced with two disastrous and very costly crises: covid and climate change. These urgent needs, combined with a renewed spirit of multilateralism, provide us with a unique opportunity to rethink and fix the international tax system. “

Georgieva stressed that finding a solution to the taxation of large corporations “is especially important” for low-income developing countries, adding that the IMF “fully supports the OECD negotiations”, in which 139 countries participate. . These were frozen last year after Donald Trump decided to abandon them. The new tenant of the White House, Joe Biden, has radically changed the position of Washington, and has allowed to reactivate the multilateral talks.

The IMF director has referred to this turn in the US Administration, mentioning that the proposal to establish a minimum corporate tax at the global level has not only “energized the conversation” about the reform of fiscal rules. “This kind of multilateral approach is the only way to ensure that highly profitable multinationals pay sufficient taxes, and pay them in countries where they have a significant stake,” Georgieva said. “We are particularly optimistic about a global agreement on corporation tax in 2021, this year. And it is urgently needed to avoid, in the future, the risk of falling into a chaotic spiral of taxes or trade wars in which everyone loses ”.

The Fund’s chief economist, Gita Gopinath, had already stated last month that the IMF is in favor of the US proposal, in the umpteenth sign that the agency is trying to move away from the image of austerity and cuts that characterized it after the previous crisis. financial At the beginning of the pandemic, Georgieva asked the governments to turn the spending tap to the maximum; Later, he recommended raising taxes on the richest and most profitable companies to pay for public services and creating a temporary tax on the highest incomes and multinationals.

“What’s wrong with the current system and why?” Georgieva wondered. “How should we treat digitized companies that operate internationally and that are among the most valuable and profitable in the world? Many of them have done very well during the pandemic, doing business in almost every country. But the rules [fiscales] centenarians grant tax rights only to countries where companies have physical presence. Internet giants, and many other corporations, also evade taxes by moving valuable intangible assets and diverting profits to low-tax territories. How do we solve this?

The report published this Tuesday by the IMF analyzes the international tax structure and puts on the table possible reforms to tax multinationals. Among them, modifying the concept of “permanent establishment” and the rules for allocating the profits of large corporations, elements that must be combined with better international cooperation and transparency.

Georgieva closed her speech with an anecdote about the window tax, introduced in the 18th century in the United Kingdom. “It was devised as an innovation: to increase privacy, by allowing tax inspectors to do their work without entering homes. But when people started to wall up the windows, it became distorted: it became a hated tribute to light and fresh air, ”he said. “The international corporate tax system has become just as dark and distorted. But we have a special opportunity this year to bring you the light of simplicity and justice. We must rise to the occasion ”.

Idaho plans to euthanize 90% of its wolves