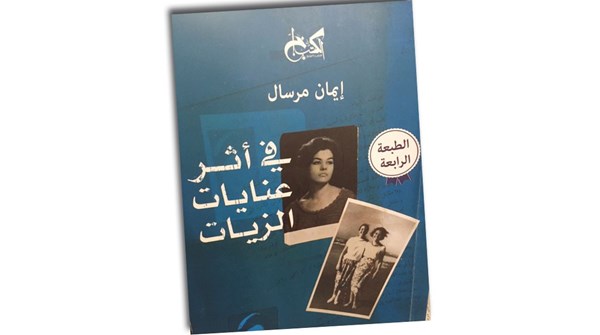 “Sometimes your being is shaken by a literary work, and this does not mean that it is an unprecedented work in the history of literature, or that it is the best thing you have read in your life. It is a blind coincidence that sends you a message that helps you understand what you are going through, at the moment you need it. Gratitude is not only for great works, but for works that have been so great in our understanding of ourselves at a specific moment.”
This is an excerpt from page 25 of Iman Mersal’s novel “In the Trace of Inayat Al-Zayat”, winner of the 15th session of the Sheikh Zayd Book Award, issued by the Egyptian “Al-Kutub Khan” house, in which the writer traced the literary and personal path of Inayat Al-Zayat, who ended her life at the age of 27 , before achieving her dream of publishing her novel “Love and Silence”, which caught Mersal’s attention when she was browsing the titles of old books, which made her explore the writer’s impact on a difficult literary and research journey, which she gathered her clues through her meeting with her sister Latifa al-Zayat and her old friend Nadia Lutfi and others. This literary work is classified between research and novel in 24 chapters, in which Mersal traces Inayat in the archives, places and roads on which the late writer crossed, in addition to meeting everyone who is related to her by kinship or friendship.

Mersal had come a long way in this arduous research journey, and every step she took on the path revealed to her a mystery and a question: “Why did Enayat al-Zayat committed suicide?” In addition to the many questions, events and information are crowded out that made her continue writing and recording for an entire historical stage in the sixties. She says that she did not find Enayat a trace in Al-Jeel magazine, neither in 1960 nor before or after it, noting that Anis Mansour used to follow every mention of Enayat with a sentence with the same meaning. In 2006 he said: “I put a point at the end of the line, a zero at the end of a life It is not equal to zero, unfortunately it disappeared without knowing! And in 2010 he ends his article with “An artist who hardly appeared until she hid herself forever, died and left no trace!” This is what angered the writer Mersal, not because Mansour holds Enayat al-Zayat responsible for her absence and lack of impact, but because of the ease with which he repeats it. The writer commented that she did not like this because Enayat never returned to him after he promised her to present her and her literary works to people. Between Canada, the home of the researcher, Iman Mersal, and Cairo, her first home, the journey of searching and investigating any information related to Inayat, starting from the streets of Cairo where she walked to her school (The German Institute) in which I worked, in addition to the “Tomb of Al-Rashid Pasha”, in which I recently found the tomb of the writer Al-Zayyat. This literary research work is a qualitative addition to literature and a serious follow-up to drawing biographies, as it is similar to the written novel after research efforts in the follow-up between the judicial archive and the streets of Cairo, its cafes and its luxurious places, and the transformations that occurred in these places, all of this happened after I found Inayat al-Zayat’s novel “Love and Silence” » Among the sidewalk books. On the ninth page, the writer says: “If I don’t come to Inayat today, you will send me a signal when you want.” This means insisting on the search for the truth that made Zayat end her life. On the same page, she continues: “Enayat taught me years ago that nothing about her comes easily,” explaining: “As if she was watching everything, and she wanted me to reach her in other ways.” In the Documentation House, the researcher needed mediation to search for Ahmed Pasha Rashid in the cemetery, asking: “Am I playing or running away from my life by searching for any thread that leads me to the life of a woman who wrote a novel and died in her youth?” Is the novel important to the point of searching for its owner? Is it her early decision to die that draws me to her, or her unfulfilled future as a writer?
Mersal showed that this young writer, who began her journey with a single, whispering voice contemplating an empty and lonely street from behind her room window, created her novel “Love and Silence” in a fresh and refreshing language, sometimes cold, sometimes emotional, and sometimes faltering as if it were a translation from another language, as it sometimes seems influenced by the atmosphere The romantic novel is general in its time, and sometimes modern, exotic, transparent and unique, it is the first work par excellence. What is striking about the researcher’s effort is that she did not hold back her tears when she discovered the residence of Inayat, and perhaps it was the tear of success in accomplishing the task.