Illa reveals the next ‘target group’ to be vaccinated 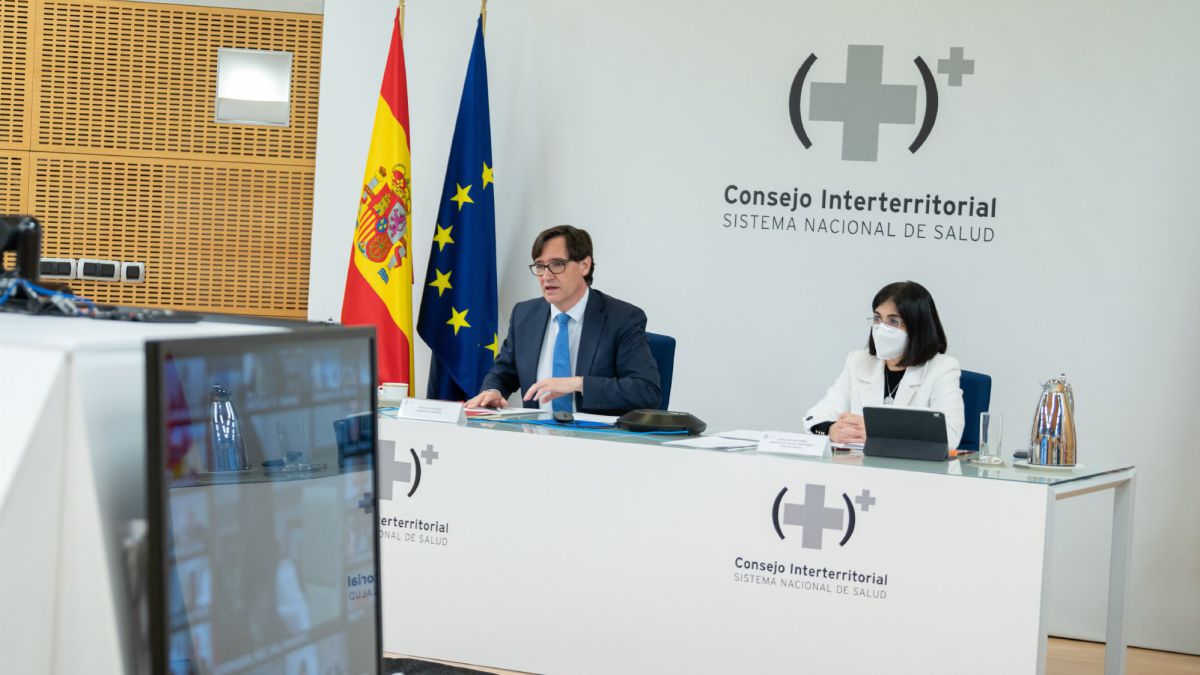 Salvador Illa, Minister of Health, and Carolina Darias, Minister of Territorial Policy and Public Function, appeared to announce the agreements reached after the celebration of the Interterritorial Council of the National Health System.

Illa began by lamenting the current figures that the pandemic leaves in our country. According to data released by Health, a new record of infections has been registered: 41,576. Likewise, 464 deaths have been reported, the highest figure since last November 24. For its part, the accumulated incidence continues to rise and it stands at 736.23 cases per 100,000 inhabitants in the last 14 days.

“It is true that growth is slowing down, We could be approaching the stabilization of the curve, but it is a very high incidence. They are complicated days and they will continue to be what we have left of the week and the month. Very drastic measures have been taken in all the communities “said the minister.

The head of Health revealed that “there are already more than a million people vaccinated. We have found that the effect is beginning to be noticed in the residences of greater than the doses that have been given. There is a decrease in the number of cases seen in nursing homes. The vaccination data is at an already optimal rate. Here the bottleneck is the doses we receive “.

As Illa assured, “the COVID vaccine technical group has already established that the next target group to be vaccinated will be people over 80 years of age “.

He also defended himself from criticism for the resale of vaccines to Andorra: “We are fortunate in Europe to be receiving doses, although not all we want, but we must not forget that we are in a global pandemic and we must have a solidarity effort. Spain has already made a resale of 30,000 doses to Andorra. They have not been delivered at once, it will be done with the same criteria as the distribution to the communities “.

Illa also mentioned the possible sanctions for vaccinations of groups outside the established ones: “What the Ministry does is remind everyone to follow, For the good of all, the plan. There are no vaccines for everyone tomorrow. We will all have access to an effective vaccine, but not all tomorrow, Suddenly, it is the experts who define the criteria. We all must lead by example, and even more so those of us who have public responsibilities. I think with that I have already said everything. “

Illa advanced that “some colleagues have asked that we review and add some more possibilities available to the communities. We are going to study it, we have not made any decision. If we expand night mobility in some strips … we will value it. There is already a set of measures that are being used that will allow us to break the third wave. Tough days are coming, but I have no doubt that if we comply with the rules, it will bend. “

“The discussion we have had, the assessment, It is in line with the fact that the instruments that are in the framework of the state of alarm until May 9 they have already served to bend a curve. Some have said that the new measures that are being considered must be carefully evaluated, in the sense that they can cause in large cities the concentration of certain activities in a time slot and what we want is for them to spread out over the time slots “he added.

Minas de Wanda: how is the trip to the heart of the red land

Cordoba pool: result of the draw for the First Morning today, Saturday, February 13