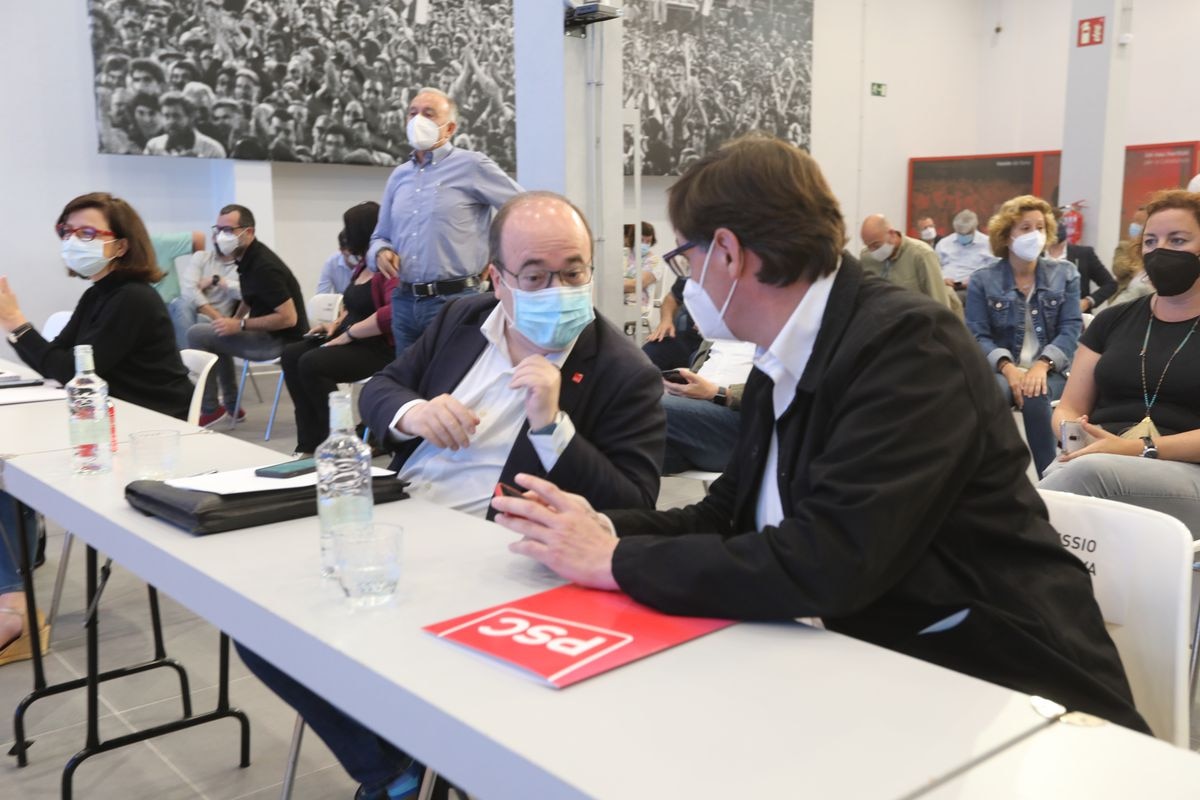 The profound renovation of the Government designed by Pedro Sánchez has indirectly consolidated Salvador Illa, head of the opposition in Catalonia and number two of the PSC, as its main reference in Catalonia. Miquel Iceta, first secretary of the PSC, has left the Territorial Policy portfolio and has assumed that of Culture and Sports. Officially, the party rejects outright that it has wanted to detract political relevance from its leader by sidestepping the negotiation with the Government, but other party sources point out that Sánchez has placed his trust in Illa and that it was time to promote a generational change.

The Catalan Socialists emphasized that this Monday was a “happy” day for the party by underlining that they have two ministers in the Executive: Iceta himself and Raquel Sánchez, former mayor of Gavà and head of Transport. Mobility and Urban Agenda. “We could not be happier. We have more presence in the Government and with more political weight with capacity for transformation in the whole of Spain and Catalonia ”, affirmed Eva Granados, spokesperson for the PSC and vice-president of the Parliament. “The Culture portfolio is the best counter that demonstrates the plurality that it represents and coexists in Spain.”

The data is unquestionable because it is true that the PSC did not have two ministers since the time of José Luis Rodríguez Zapatero but it is also true that Iceta stops managing Territorial Policy. “Sorry to leave it. I want to make it that clear, “he said this Monday at the exchange of portfolios. Party sources admit that Illa is now Sánchez’s main adviser in the Catalan arena.

However, and after the arrival of younger ministers, Iceta is the only one who has remained in the cabinet changing portfolio. In the first pools there was the possibility that the spokesperson for the Government would take over, which in the end has fallen to the already former mayor of Puertollano, Isabel Rodríguez, who inherits his portfolio and who will preside over the Bilateral Commission. Voices from the PSC point out that in this new phase of the legislature Sánchez wants the focus not to be focused so much on sovereign issues but on infrastructure and investments.

Eva Granados defended the role that the PSC can play in the future dialogue table as a government party and with the provision of its first secretary. “He has and will have great influence on Catalan politics and has shown his ability because he sits on the Council of Ministers. Iceta is dialogue, negotiation and pact and it demonstrated it in the worst years of the conflict ”, affirmed the spokeswoman. Despite the insistence of journalists, Granados did not want to specify whether the PSC would like to be at the table. “The decision is up to the President of the Government,” he said, although he took for granted that his political line will be present as the Declaration of Granada and that of Barcelona or the reunion agenda, agreed and negotiated by both the PSOE and the PSC. “Let no one suffer because the PSC will be present in each of the proposals,” he said.

In any case, the deputy emphasized the importance of Raquel Sánchez – related to Salvador Illa – being the head of Transport, Development and Mobility. “We are happy that a Catalan socialist is taking on the issue of territorial investments, housing or transport policy. She herself has said that she is going to talk about prose and not poetry, that is, about Rodalies and housing and not about amnesty and self-determination. It is our contribution to the common good ”. Neither Esquerra Republicana nor Junts per Catalunya wanted to delve into the new attribution of Iceta in the Government. “We are concerned about the what and not so much the who,” said Republican spokeswoman Marta Vilalta.