Ignacio Morgado: “Technology tames our brain. We get dumber and yet we travel to the Moon “ 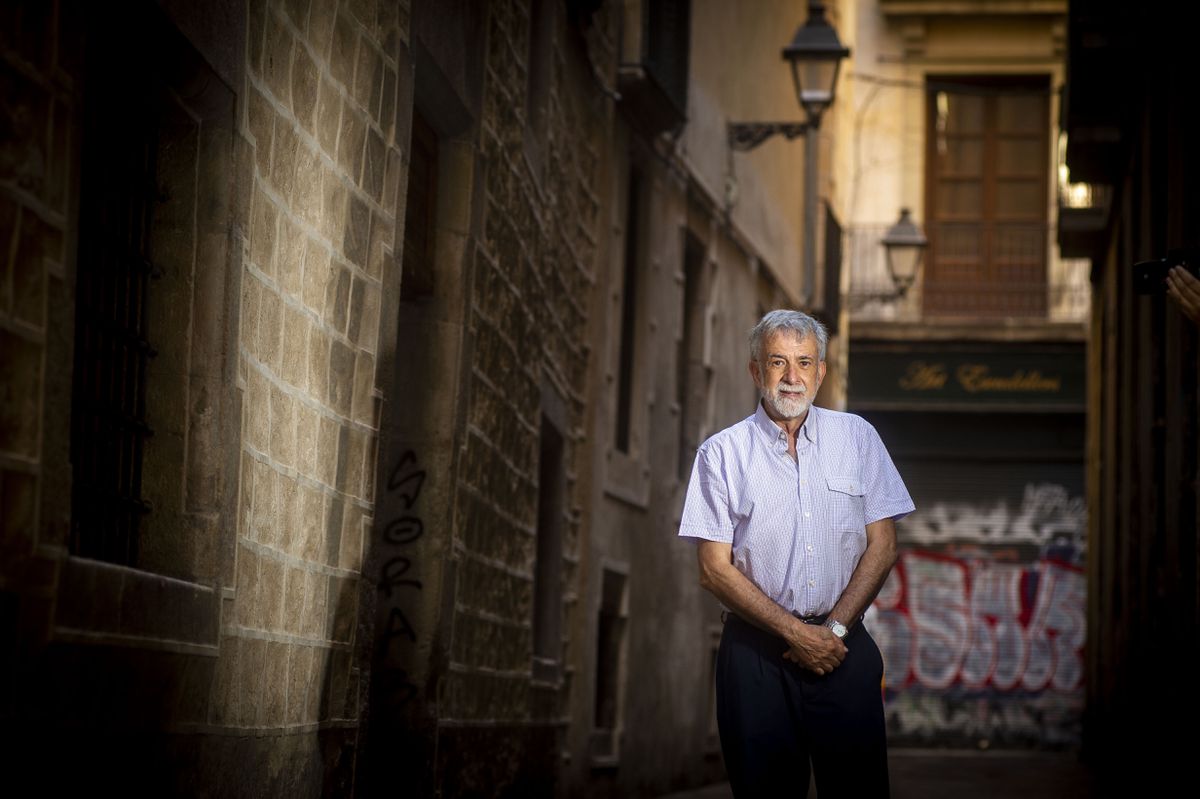 It was his passion for electricity that led him to study the brain. Ignacio Morgado (San Vicente de Alcántara, 71 years old) was an athlete and craftsman – he studied trades at the now defunct Universidad Laboral – before becoming a professor of Psychobiology. He was going to study Telecommunications, but a detour from destiny took him to the Faculty of Medicine and it was there that he discovered that the brain works with electricity. It is logical then that, as he says, his favorite historical character is the Italian doctor Luigi Galvani “because it was he who discovered that the spirits that, they said, set the brain in motion were nothing more than electrical impulses”. Today he teaches at the Institute of Neuroscience and at the Faculty of Psychology of the Autonomous University of Barcelona, ​​and writes essays, such as the recent one Gray matter (Ariel), who review the History, in capital letters, of the conception of the brain. Curiosities such as that, in Ancient Egypt, the brain of the dead was removed through the nose, as they considered that it was not necessary in the afterlife. “They were also the first to write down how dangerous it could be to damage it in combat and that its consequences were manifested in other parts of the body. They realized that, in some way, he was directing us ”, he adds. Among all the findings that have been made throughout that other history, that of the study of the brain, there are also those referring to dreams, one of his favorite subjects.

QUESTION. In the past, what were dreams believed to be?

ANSWER. At first they were related to death. Homer spoke of sleep and death as a race between two winged twins, and Virgil considered him a relative of death. Aristotle estimated eating as one of its most important causes. It was always believed that the lack of oxygen induced sleep, and common sense led them to think that it could not but be a time when the body repairs itself. As for what good dreams were believed to mean, they were thought to be premonitory, and to be a way for the gods to communicate with us.

P. And nothing is further from the real thing.

R. Evidently. Sleep is a mechanism of the mind that serves to stabilize its content. Repair what has been worn during the day. The brain continues to work while we sleep, yes, but it does so at a lower level, to reorganize everything received. That is the reason why, at night, or in the morning, when we wake up, ideas come to us that clarify something in which we were stuck. The brain has done its job.

Q. So sleep is necessary. Nothing about not sleeping the night before an exam, for example.

R. And not only that! Because the dream, in addition to ordering, fixes what has been learned. This is important, because students are not only required to sleep well the night before an exam, it is that their sleep program, during the time they study (be it a week or a month) must be sacred, so that what they are studying remains fixed in your memory. Because sleep also affects memory.

Q. What happens when stress throws everything out of place?

R. Today’s hyperstimulated society does not facilitate that rest at all and makes learning difficult. Let’s think about hormones like adrenaline and cortisol. While adrenaline, which is triggered with strong emotions, fixes whatever has been lived, good or bad, cortisol, which is what the body produces when we are stressed, accelerates all our processes and destroys everything in its path .

R. Yes. Adrenaline is an unfairly maligned hormone. It is activated when something excites us and makes the hippocampus go to work at full capacity. That helps us remember. And it is what explains that we learn before everything that has to do with something that we like. Aristotle did not know of its existence, but he was aware that, to learn, we must not start at the beginning, but with what excites us.

P. But today everything is done to excite us.

R. Yes. Our brains are still from the Stone Age in that sense. You’re ready to choose between two options, not millions. That is why, whatever we decide, whether it is to buy a dress or marry someone, we will always think that we have been wrong. There were so many other options! It is a mental trap. If we had chosen something else, we would also think the same. Being aware that this is the case is the antidote to getting out of the loop, and being happy. In the same way that, to end stress, we must lower our expectations.

Q. And in what way does all this affect the evolution of the brain?

R. The brain evolves in interaction with the environment, isolated it would be a dead organ, it is not autarkic. And, despite this, the brain of today is still very similar to that of an ancient Greek. It is true that visual capacities are increasing, and others are decreasing, such as auditory ones, but the most important thing about the change is that, before, any evolution depended little on what man did, today it depends entirely on us.

Q. What do you mean?

R. To which technological development depends on us, and the extent to which we go will change our brain. Let’s think about the wolf. When it wasn’t domesticated, it had a huge brain. He needed it to stay alive and support his community. Man tamed him, and his brain became small. The same thing happened to us. At one point, the human brain decreased by 30 grams. Today we are domesticating ourselves with technology. We don’t need that much brain anymore. We get dumber, less able to do elementary things, and yet we travel to the Moon.

Q. Because we have learned to cooperate, and isn’t that a sign of intelligence?

R. Progress in science is impossible without the conjunction of many brains. Today that cooperation is enormous. So, in my field, we can even mark neurons in a rat and activate them with light, thanks to our cooperation. We are talking about mind control!

R. Yes. Although, in reality, we are not free because the brain is not. You need inputs and outputs. It cannot be closed to the rest of the world. And act accordingly.