Idriss Déby, the military pilot who ruled Chad for over 30 years and died on the front lines 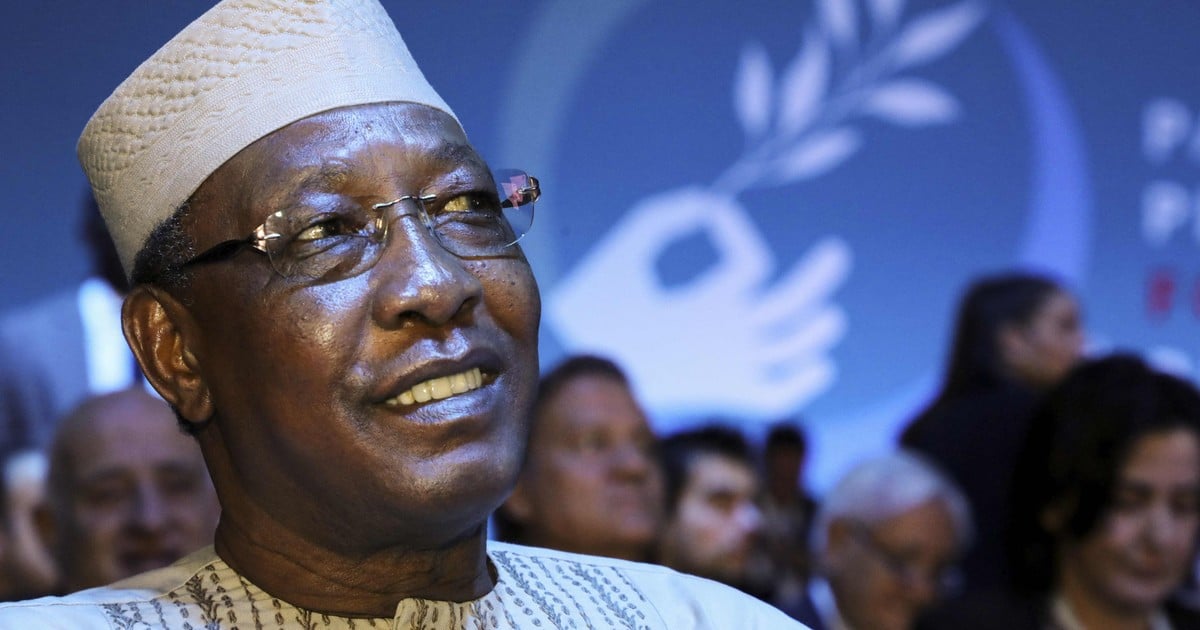 The news coming from Chad, this landlocked country that is located in the heart of Africa, are often related to conflicts, wars, poverty and limitations of all kinds. The latest information from this chain of agonizing news is the death in combat of its president: the general and dictator Idriss Déby.

Two months after his 69th birthday, Déby was a military man and the president of Chad from 1990 until this Tuesday.

He was killed in combat in northern Chad, while commanding the troops fighting the rebel group Front for Alternative and Concord of Chad (FACT for its acronym in French).

Idriss Déby and his wife Amani Hilal during a campaign event. Photo: AFP

Just a day before, on Monday, April 19, his victory had been confirmed in the elections held on April 11 in his country, which had enabled him to start his sixth consecutive term at the head of the presidency of Chad.

Déby, of Sunni religion (the majority Muslim group in the world Islamic community), began his military career at the Officers’ School in N’Djamena, the capital of Chad, and then traveled to France where he graduated in 1976, at 24 years of age. age, as a fighter pilot.

Even during the civil war of the early 1990s, Déby served as a general where he faced the troops of former president Hissène Habré, whom he would end up replacing as president after Déby’s troops occupied the capital. Chadiana on December 2, 1990, seizing power.

After convening national conferences with different political parties, different organizations and rebel groups to rebuild democracy in Chad (Hissène Habré’s mandate had been characterized by all kinds of human rights violations, from mass murders, concentration camps, torture, disappearances and even sexual slavery), Déby created the High Transitional Council, directed by him, with the aim of commanding the country until the holding elections.

Finally, for 1996 he was elected president in democratic elections with a majority of votes and then re-elected until April 11 of this year, where he had been appointed president for the sixth consecutive time.

Diplomatic clashes and scandals with your son

The history of Idriss Déby at the helm of power was not without conflict and scandals. In 2007 he went through one of the most complicated moments of his government.

That year there was the kidnapping of 103 children in the city of Abéché by French members of the NGO “Arca de Zoé” and caused an intense diplomatic conflict between the government of Chad and that of Spain and France. Although the truth of the case was not completely clarified, the international conflict tried to be resolved diplomatically in a few weeks.

But what Déby could not “clean” so easily was the murder in a Paris parking lot of his own son, Brahim Déby, 27.

The personality of his son and his constant problems with the law created a stain in the Débys’ family environment that grew even more after Brahim’s death.

Arrested in June 2006 in Paris in front of a nightclub for being part of a fight where he dropped a semi-automatic pistol without a license, then his apartment was searched and the French police found drugs and weapons. Brahim was sentenced to six months in prison.

It was even said of him that he was addicted to prostitution and drugs and that he used to humiliate ministers of his father’s government and I went in and out shooting with guns from the nightclubs where he attended.

Brahim became a problem for his father who fired him as a consultant.

It is geographically divided into three large regions: the northern desert area, the arid Sahel belt (the biogeographic part of the transition between the Sahara desert and the Sudanese savannah) in the center, and the more fertile Sudanese savanna, in the south of the country.

Lake Chad, for which the country got its name, is the largest water region it has, and the second largest lake in Africa.

Currently, according to official data, just over 16 million people live in Chad. And only 2% of its territory has water.

With more than 200 ethnic groups, French and Arabic as official languages ​​and Christianity and Islam as its main religions, Chad obtained its independence in 1960 (like many African countries) from France.

From there it was plunged into bloody and persistent civil wars, where the rebels conquered its capital, N’Djamena, on more than one occasion, seizing power. Even Idriss Déby defeated his successor Hissène Habré in 1990, becoming president of Chad after defeating him.

Idriss Deby at the UN General Assembly in 2014. Photo: Reuters

The poverty and lack of resources they are the factors that most affect this country. Also their illiteracy is high, with almost 25%, although the figures presented by UNESCO are not completely up-to-date.

Recently, the crisis of the Darfur conflict generated by racial issues in western Sudan crossed the borders of the latter country and destabilized Chad, which suffers from hundreds of thousands of refugees living in camps to the east of its territory.

Historically Chad was characterized by the cotton industry, but for more than a decade, mainly since 2009, it has made oil one of its main sources of income and exports.

Biden offers a proposal on the relationship between Kosovo and Serbia

In Focus – The end of an era: cruises will soon be banned in Venice