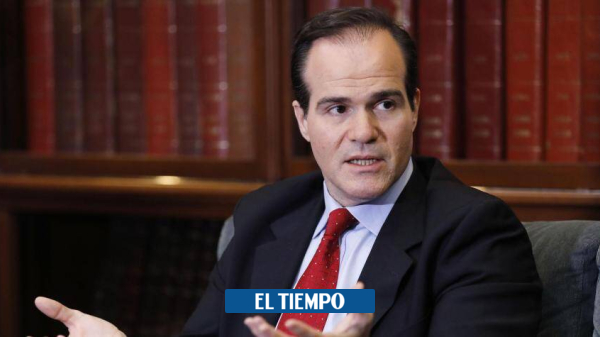 The Assembly of Governors of the Inter-American Development Bank (IDB) decided this Monday the dismissal of its president, Mauricio Claver-Carone, after a vote as a result of the romantic relationship he had with a subordinate and that violates the IDB’s code of ethics.

(Also read: After a scandal, the IDB board recommends dismissing Claver-Carone)

A source from the bank confirmed to Efe that the majority of the governors of the Assembly – made up of ministers of Economy, Finance or directors of central banks of the 48 member countries of the IDB – decided that the American of Cuban origin should leave the institution.

The announcement has not been officially confirmed by the bank and, after doing so, a period of 45 days will be opened for the countries to present their candidacies and 60 days later there will be a vote among the candidates.

The Board of Governors considered the impeachment of the American after an investigative firm concluded that Claver-Carone had an intimate relationship with an IDB worker.

(Also: The supposed romantic dinner in Medellín that would entangle the president of the IDB)

Although the investigation made after an anonymous complaint has been carried out for months, it was last Monday when the investigative agency presented it to the members of the executive board.

The report was later presented to Claver-Carone himself, who maintained his innocence and assured that there is no evidence to confirm the relationship.

In statements to Eph made on Thursday, the director criticized this investigation and said that it is “clearly fabricated information,” he said.

Despite the American’s refusal to accept the facts, the executive board voted unanimously last week for his dismissal and asked the Governors to initiate the process to dismiss him.

It is clear that the relationship is fully proven, even if he says no

Another source also consulted by Efe assured that the report clearly demonstrated the president’s personal relationship with a worker, who received large salary increases in recent years.

See also  Djokovic no vax, judge: he can stay in Australia until Monday

“It is clear that the relationship is fully proven, even if he says no,” said the source, who cited some details that demonstrate the affair.

Among them, the existence of a paper tablecloth written and signed by both, a declaration of love that they wrote in a restaurant in Colombia, during a work trip, and that was calligraphically assessed by the research firm.

(You can read: ‘There is an envious campaign against me’: President of the IDB)

Also the declaration of the ex-husband of the woman, who decided to collaborate with the investigators and declared that the infidelity of his then wife with Claver-Carone was the main reason for his divorce.

An American of Cuban origin, Claver-Carone was chosen to head the IDB in September 2020 at the proposal of the then US president, Donald Trump (2017-2021), a decision that generated some controversy for being the first non-Latin American president.