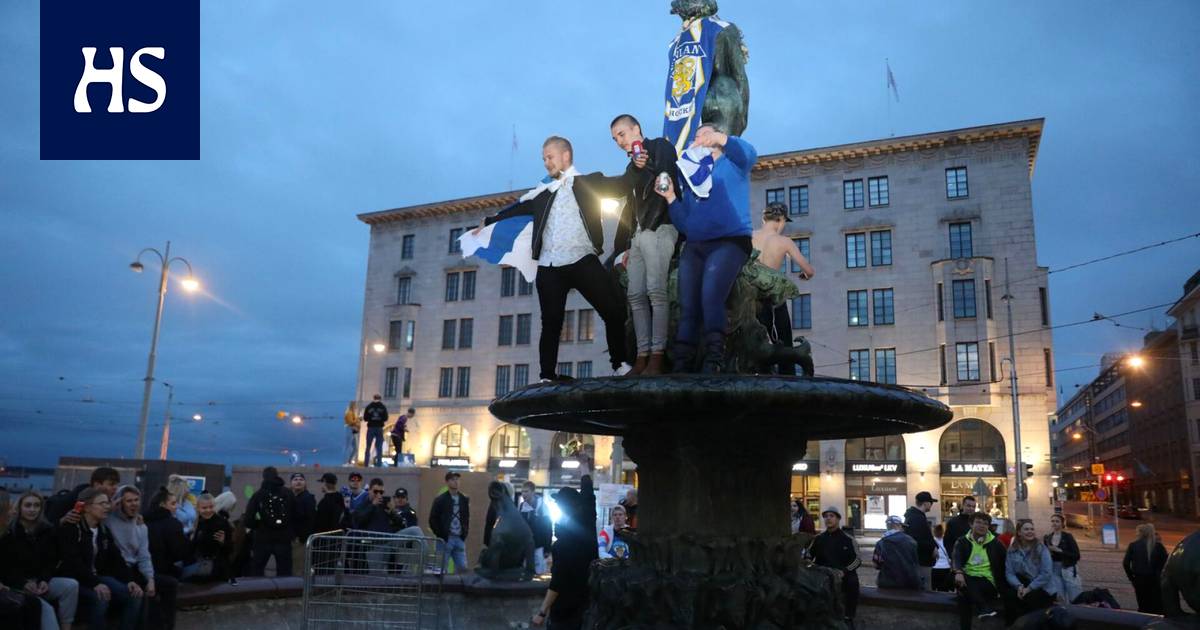 Havis Amanda in Helsinki and the Tampere Central Square fountain have been protected.

In Helsinki The statue of Havis Amanda, or more familiarly Manta, has been fenced, just as fences have been brought around the Keskustori fountain in Tampere.

Fences are a precaution for the hockey championship celebration. Located in the Market Square, Havis Amanda is known to be a common party venue. Often enthusiastic partygoers have also climbed on top of the old bronze statue.

The treatment of the Manta statue sparked a public debate after the last golden celebrations in 2019. Helsinki’s Deputy Mayor for Culture and Leisure Nasima Razmyar reminded on Twitter that the statue, more than a hundred years old, is fragile.

“Both the statue and the partygoers are in danger. Another venue for the next golden celebration should come up, ”Razmyar has tweeted in 2019.

Also in Tampere, the celebration of the previous World Championship puck gold sparked a debate, when a part worth thousands of euros disappeared from the top of the Keskustori fountain, which was never found.