Ice Hockey World Championships | The corona situation eased just right, and the people of Turku got to watch the puddle final at the bar – this is what it looks like there 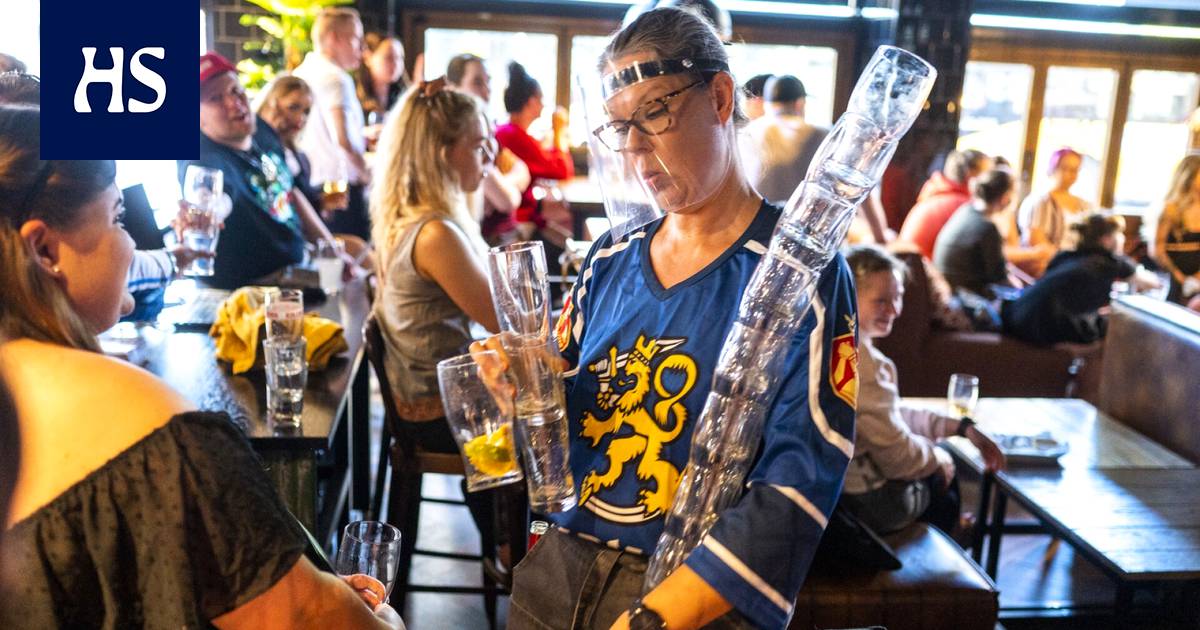 HS followed the hockey final at the Edison restaurant in Turku, where an enthusiastic puck crowd gathered on Sunday evening.

By wave rising cries, applause and whistles, hard faith in victory. Such is the intense atmosphere at the Edison restaurant in Turku, when Finland starts the fight for the world championship against Canada.

It is possible to watch the hockey final at the bar, as Turku and the whole of Southwest Finland moved this week from the spread of the corona epidemic back to the acceleration phase. Restrictions were appropriately relaxed for the weekend.

Restaurants are allowed to be open in the evening until eleven, when in Uusimaa, for example, they have to close at eight. On Sunday, it means that the people of Turku can watch the World Cup final on the big screens of the bars – the people of Helsinki do not.

“But if Finland wins, take a taxi to Helsinki!” Teemu Mentu plans.

He has come to Turku from Salo with a big group of friends. There would also be a market in Salo – if you can call it that – according to the group – but the bar in Turku has a better mood and more people.

To the bar getting in was a surprise for lovers at the last minute, otherwise the finals would have been watched at home. There, the Finnish games have been followed closely. Part of the group had time to watch the German game in Turku on Saturday. At that time, the bars were so crowded that you couldn’t get in everywhere.

Even now, Edison can accommodate up to about 150 people, or half the capacity.

“This is great! Even when you could travel. But this is already the first step towards normal, ”Teemu Mentu and Arttu Nikunlassi evaluate.

The people of Salo have a strong belief in Finland’s victory. They don’t even need grounds to think it – even if the team is good and hard to play under pressure.

Today Finland would have a historic opportunity to achieve the world championship in principle for the third year in a row, Jere Falkstedt ponders. Last year, the Games were missed due to a pandemic.

“We are a small country where we have managed and made such a gang together. It unites Finns, and it is believed that you can succeed and succeed, ”Falkstedt glows.

Wrapped in the Finnish flag Juuso Honkala, 22, and a jersey dressed Pink Suonpää, 27, came to watch the finals at the bar to experience “good mood, community and race humor”. The coworkers made a decision on the matter only in the morning.

“This is absolutely wonderful,” Suonpää sighs.

“I wouldn’t have thought that would happen,” Honkala says.

“For so long, I haven’t gotten anywhere, even when at a young age I would like to go for it. We have had to avoid people and wear masks. ”

Two years then Suonpää celebrated Finland’s previous World Championship victory by swimming in the fountain of the Turku Library.

“If the win comes and there is water in the fountain, I promise to do it again,” he reveals.

This time Honkala promises to come along.

Markus Martelin from Turku says that he has calculated carefully that he will have time to watch the Finnish game at the bar before it catches up. Compared to the Helsinki metropolitan area, the situation feels privileged. “It’s good at the bar and the Finnish game is excellent,” he sums up. Picture: Sami Kilpiö

This week, Turku and the whole of Southwest Finland moved from the spread of the corona epidemic back to the acceleration phase. Restrictions were appropriately relaxed for the weekend. Edison Restaurant on Sunday night. Picture: Sami Kilpiö