Icardo and Brea and Belasteguín and Gutiérrez reign in Valencia 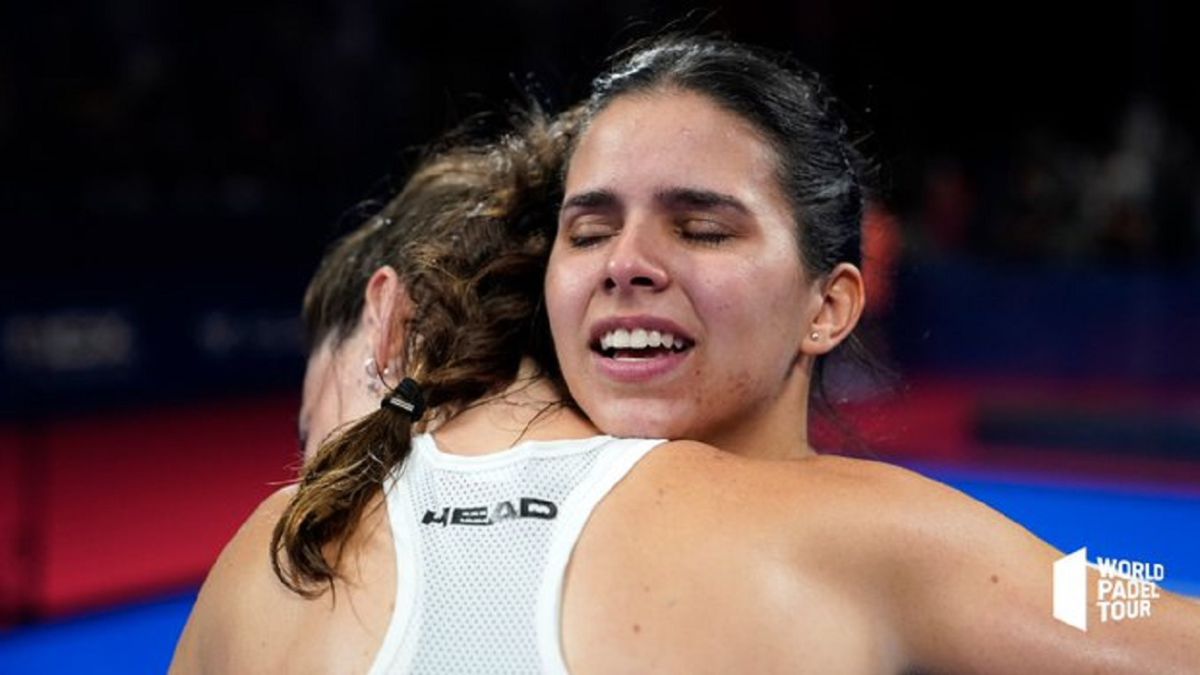 The Valencian Tamara Icardo and Argentina’s Delfi Brea beat the world’s number one, Ale Salazar and Gemma Triay, to be crowned the winners of the Estrella Damm València Open in a match (6-7 (0) / 6-1 / 6-4) that lasted more than two and a half hours.

The final began with a gold point, where Salazar and Triay managed to defend their service with suffering, but in the third game came the first break in favor of Icardo and Brea. Based on a spectacular defense, the Valencian and the Argentine managed to maintain that income until the eighth game, when with more determination and power, Salazar and Triay recovered the lost ground.

With the tie at four, the tension and equality were palpable on the track and only the tie break managed to decide the winning couple of the set, giving the world number one a hit on the table with a 7-0.

The golden point would also be decisive in the second set, and in the second game Icardo and Brea took the initiative again with a break, reaching 3-0, a difference that they widened to be 5-1 on serve to close the episode, an opportunity that they did not miss and, with a 6-1, they took the outcome of the match to the third set.

But, Salazar and Triay placed a 3-0 inning and a break in their favor. At that moment the game went completely crazy, and an exchange of breaks starred in that section of the meeting. They came to a tie in the eighth game and then Icardo and Brea remained focused and firm to prevail 5-4 on serve to close the match. And at that golden point, the revelation couple of the season managed to proclaim themselves champion (6-4) thus achieving their second title of the year.

Belasteguín and Gutiérrez reign among men

Argentines Fernando Belasteguín and Sanyo Gutiérrez have been proclaimed champions of the Estrella Damm València Open, World Padel Tour event, after defeating the Spanish Juan Lebrón and Alejandro Galán (7-5, 3-6, 6-4) in the final, while Tamara Icardo and Delfi Brea did the same by defeating the world’s number one, Alejandra Salazar and Gemma Triay (6-7, 6-1, 6-4).

In the men’s final in La Fonteta, the two best couples in the world were cited, who had not seen each other before in the final match this year, and both offered a brilliant show that lasted for three sets.

Equality was the dominant trend in the opening set, in which it was necessary to wait until the tenth game for someone to break, in this case the Argentine duo, which ended up awarding the partial. The world numbers one, on the other hand, responded to break already at the beginning of the second round, in which they managed to impose their game to force the third and final set.

Lebrón and Galán seemed to take the initiative, although up to two occasions they wasted a 40-15 that could have been a definitive ‘break’. Belasteguín and Gutiérrez did take advantage of their opportunity in the tenth game, and with it they were proclaimed champions.

Super Mario: Chris Pratt and Jack Black will be Mario and Bowser in the film

Euro 2020, from the Liguria Region an honor to Federico Chiesa and to the members of the technical staff of the National team