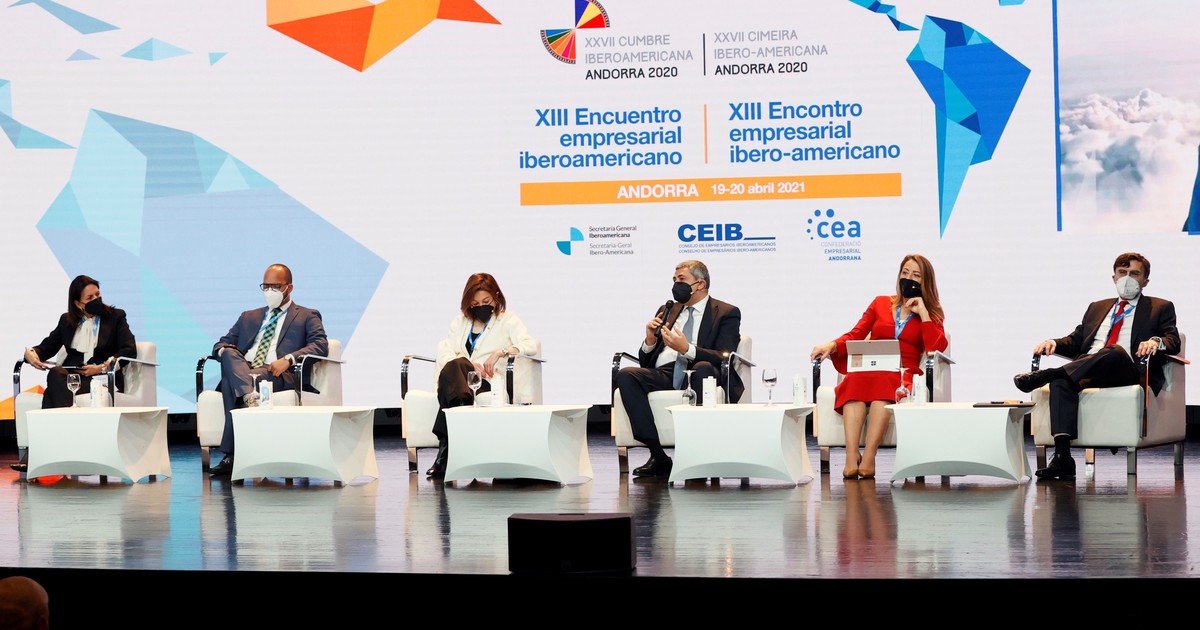 For the first time since the pandemic began, the 22 Ibero-American heads of state and government will be together to discuss how to deal with the “Coronavirus challenge”. It will be during the XXVII Ibero-American Summit that they will celebrate, in person and by videoconference, this Wednesday in Andorra.

The meeting, which was to be held in November last year and was postponed due to the pandemic, should have added the recovery agenda before the Sars-Cov-2 to the original theme, which intended to address innovation for the sustainable development of the region with the objective set in 2030.

Rebeca Grynspan, secretary general of the international organization that is in charge of putting into practice the conclusions of these meetings of presidents – the Ibero-American General Secretariat (SEGIB) – is betting that this Ibero-American Summit in Andorra brings together and raises the voice of the region to achieve a equitable access to vaccines that allow us to be immunized against the coronavirus.

Head of the Ibero-American General Secretariat

“Developed countries have bought vaccines to vaccinate each of their citizens three times while developing countries will be lucky to get one dose every ten people in 2021, “said Grynspan days ago, during one of the Dialogues sessions of the European Union-Latin America and the Caribbean Foundation (EU-LAC) in which He participated Clarion.

“Until the beginning of March, the region had received 37 million doses, and this is enough to vaccinate 2.8 percent of our population. Most of these contracts are in the hands of Brazil, Argentina, Chile and Mexico ”, added the Ibero-American secretary, who has held this position since 2014.

In Latin America and the Caribbean there was one in four deaths from coronavirus, “and we only have 9.5 percent of the vaccines distributed throughout the world,” he said.

Although the Ibero-American region approved nine vaccines To immunize its population, Grynspan believes that Latin America “will need multilateral action to resolve the first obstacle, which is access to vaccine production and the supplies to produce it,” he said. The program of Argentina and Mexico to produce the AstraZeneca vaccine for Latin America has run into the input problem to be able to move on ”.

“Our region participates in the Covax program – access to vaccines for countries that have difficulty obtaining them – to which the European Union has contributed 2,000 million euros,” said Grynspan. There are eight countries in Latin America that have received vaccines. However, Covax has secured vaccines only for 20 percent of the world population. Hence the need to declare vaccines a global public good. “

-To what extent does the signing of agreements between governments and pharmaceutical companies endanger the Covax program, which is made up of more than 180 countries?

-Your question is absolutely right because the contracts are not transparent. I think the first thing we would have to ask is that the contracts be published. We do not know what they have signed with the pharmaceutical companies, there is no transparency and there is no accountability for them. In that sea of ​​shadows, the Covax is also affected.

-Because the problem is not only the contracts that are signed but their compliance, which has been very uneven and affects Covax. We cannot think that we are going to queue and that the remaining vaccines will go to Covax because in that process we lose many months of vaccination. The Inter-American Development Bank says that delaying a vaccinated quarter costs Latin America 2.5 percent of the regional Gross Domestic Product. No country will be safe if we fail to vaccinate universally.

Putin discussed with Erdogan the fight against COVID-19