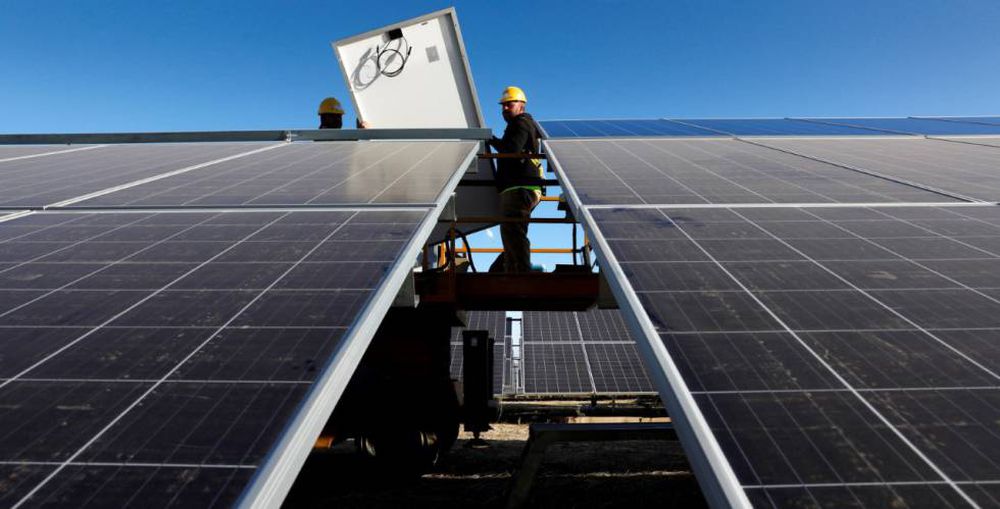 Iberdrola will supply clean energy to Danone’s 29 supply points in Spain for a period of 10 years, from April 2022, according to the agreement reached between the two companies. The volume of energy supplied will reach 73 gigawatt hours per year (GWh / year) and Danone will complete its consumption with another annual green energy contract with Iberdrola up to 104 GWh / year.

The agreement will guarantee the long-term supply of green electricity to all Danone production plants and their sources in Spain, located in Asturias, Barcelona, ​​Girona, Guadalajara, Granada, Madrid and Valencia; as well as its logistics centers and offices. The suppliers of Danone, Graham Packaging and Salvesen Logística have joined this alliance.

The electrical energy supplied will come from the Francisco Pizarro project, which is the largest photovoltaic plant currently projected in Europe, with 590 megawatts (MW) of capacity and that Iberdrola is building between the municipalities of Torrecillas de la Tiesa and Aldeacentenera (Cáceres). It will be operational in 2022 and will prevent the emission into the atmosphere of more than 245,000 tons of CO₂ per year, according to the electricity company. Its construction will contribute to the generation of employment (the involvement of more than 1,200 professionals is expected at peak times of its execution) and to energize the industrial fabric of the community. The project represents an investment of more than 300 million euros.

Iberdrola has extensive experience in long-term power purchase agreements (PPA) in markets such as Spain, the United Kingdom, the United States, Mexico and Australia, from wind and photovoltaic projects of more than 6,500 MW . In Spain, the company has pioneered this modality with companies from different sectors: banking, telecommunications, the beer sector, distribution, sports brands and pharmaceuticals.

The company chaired by Ignacio Sánchez Galán has launched an investment plan of 75,000 million euros for the period 2020-2025 with the aim of doubling its renewable capacity and taking advantage of the opportunities of the energy revolution facing the main economies of the world. Investments in Spain amount to around 14,300 million and half are allocated to the development of new renewable projects, while more than 4,500 million are aimed at strengthening and continuing to digitize the electrical networks.

Iberdrola has an installed capacity of more than 16,700 renewable MW as of September 2020; a volume that in the world rises to more than 33,000 MW, making its generation park one of the cleanest in the energy sector. With CO₂ / kWh emissions that are already two-thirds lower than the European average, the investment strategy in clean energy and networks will lead Iberdrola to be a “carbon neutral” company in Europe by 2030.

According to Danone, this alliance will contribute to meeting its sustainability commitments. Since 2007, the company has endeavored to reduce its carbon footprint in its area of ​​direct responsibility, achieving a 50% reduction since then, and is working on its emissions reduction strategy around five objectives: reducing emissions in total by the company’s activity by 50% by 2030, foster carbon-positive solutions, eliminate deforestation in our supply chain by 2020, build resilience in our food and water cycle, and offer solutions for healthier and more healthy diets. sustainable.

Danone is among the world leaders in the food industry and occupies leadership positions in its three business areas: dairy and plant-based products, waters and specialty nutrition. The company is present in more than 120 countries, and has more than 100,000 employees. Danone’s portfolio includes brands such as Actimel, Activia, Alpro, Aptamil, Danet, Danonino, among others. In 2018, Danone achieved a turnover of 24.7 million euros. In Spain, Danone employs 2,000 workers, has production plants and production facilities in nine autonomous communities, and supplies 40,000 businesses and more than 11 million consumers daily.

In Russia, they offered to increase all pensions