Ibai Llanos, again banned from Twitch for showing a nude during a stream 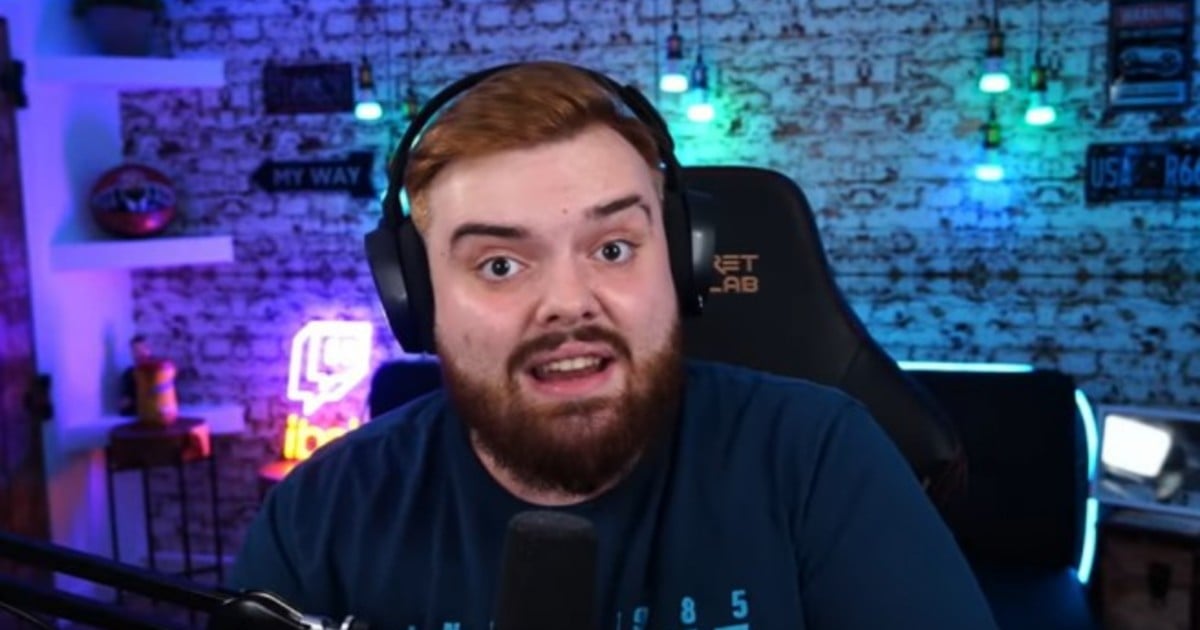 The Spanish sensation of internet broadcasts, Ibai Llanos, was banned from Twitch after one of his guests on stream committed an action penalized by the platform’s service policies, according to the content creator himself on social networks.

The most followed Spanish streamer in the world behind Auronplay, explained on his Twitter profile that during the broadcast he made of a competition between rappers, one of them showed his tail while performing a rhyme about peeled.

Ibai himself has acknowledged that he realized at the time of the consequences that this could have on the platform, but that he could not do anything to prevent it. “I desperately yelled a ‘NOOOO’ as he turned around, but I couldn’t help it”The streamer posted.

The ban – the sanction that the platform carries out for a violation of its service policies – implies that Ibai’s channel on Twitch cannot be found and its content cannot be accessed either. In fact, the length of the expulsion has not yet been officially confirmed.

Well, whoever was in the live could already see it. During the weekend battles one of the boys showed his ass in a bald rhyme. I desperately yelled a “NOOOO” as he turned around but I couldn’t help it.

I am a disgrace https://t.co/PugDgjAMCd

Also, the Spanish streamer indicated that this punishment of Twitch will prevent him from interviewing Argentine cumbia singer L-Gante, who is on tour in Spain and had planned a visit to Ibai’s residence on the outskirts of Barcelona.

The sanctions against Ibai

While waiting for the resolution, the ban imposed on Ibai by Twitch is not the first. On May 14 he was already punished for 3 days, while on June 11 he was also disconnected from Twitch for 24 hours. In the case of the current one, the punishment began at dawn on Wednesday in Argentina.

Regarding his ban, Ibai explained that “the three times they banned me were for three things totally external to me. There is no context that is worth it, people have the power to ban us on Twitch if it comes out of their balls (sic). Be careful who they invite on their channels. This is the jungle. Take care“.

The three times I have been banned have been for three things totally external to me.

There is no worth context, people have the power to ban you on Twitch if it gets out of their balls. Be careful who you invite on your channels.

Llanos himself acknowledged in social networks that at the moment when Twitch’s rules are violated It is time to assume the consequences, even if they were not directly your fault.

However, this type of partial nudity content – as interpreted by Twitch – is not allowed; although suggestive coexist on the same platform streams of women in bikini in a jacuzzi.

The truth is that on June 12, when the battle of roosters took place that ended with the ban on Ibai Llanos, there were already comments from users in which they advanced the possible punishment to the content creator.

Twitch, no compromises or answers

The streamer was punished by the platform after show fragments of the film Torrente 2: Mission in Marbella, in which you could see completely naked female silhouettes.

The moment a rapper drops his pants during Ibai’s stream.

After the decision made by the platform in April, the content creator himself was responsible for publishing a replica on YouTube, which claimed that “you could not believe that a guy with 20,000 viewers is banned, put an email to see how to control damage and there is no reply. Am I so insignificant that there is no answer?“he wondered in the video.

Is lack of feedback It was also stated by Iba Llanos through social networks, assuring that “in my last two bans I not only had to comply with all the punishment, but in one of them they put me two more hours by mistake. I have the same power as shit (sic)“.

What happened to Ibai Llanos is a clear way of explaining that Twitch makes no concessions between its creators, by many millions of users that one has.