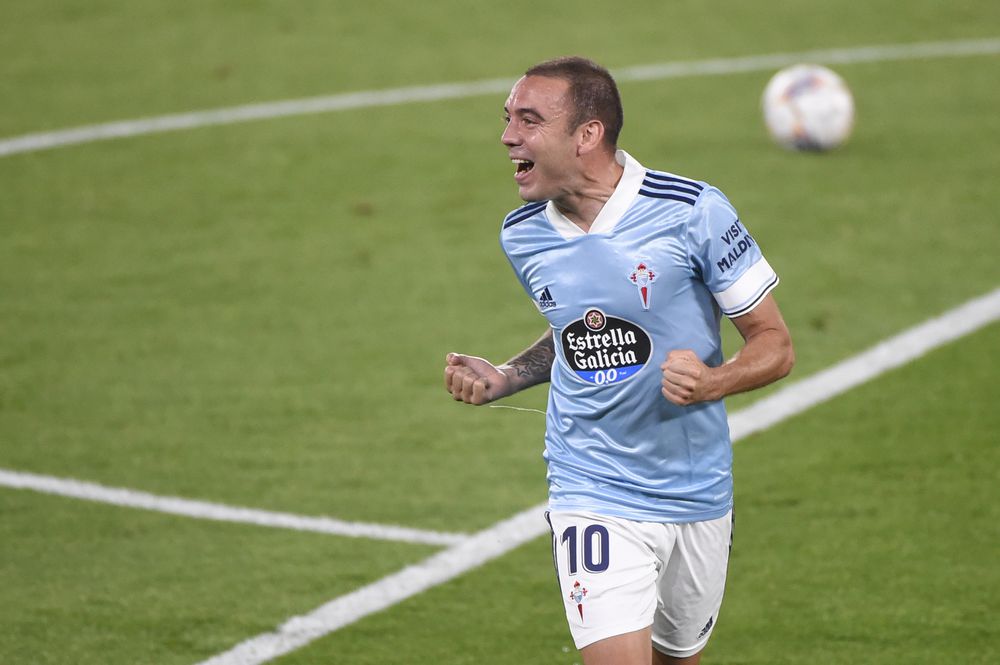 On the way to 34 years, the end of Iago Aspas’ football career is not in sight, as influential as usual in the Celta game even though he has not scored since December 30. For many days his team’s goal only bore his signature and it was said that this was a problem. “Now that I don’t mark there is another problem too,” he sums up with reluctance. This Saturday (16.15, Movistar LaLiga) will try to break the streak in Balaídos against Real Madrid, which arrives without Sergio Ramos, the captain, down due to a blow to the left tibia after the last game.

Ask. Are Celta calmer than other seasons at this point?

Answer. We had good results in December and he gave us life to play more relaxed and enjoy on the field. Then the start of the year was not good, but now we have three games without losing and we arrived quite well to receive Madrid.

P. They got up when they were bottom and with the arrival of Coudet to the bench. Does a coach influence so much?

R. There was a two-week break and we worked a lot on their tactical concepts, we lost at the Pizjuán, but we left with a good feeling. Then the results came out and with the wind in favor it is easier to assimilate everything.

P. What does Coudet ask of you?

R. Let it be a free soul, loose. I can walk through the spaces that I detect throughout the game. Some forwards move little in the area and handle well, but I prefer to move a lot. I enjoy being free on the pitch and I think the team benefits that way.

P. Does that freedom lead you to play further out of the box?

R. It depends on the party. I try to intuit what can be better. If there are many transitions, as we play with two forwards, I have to go down to engage with the midfielders.

P. They talk about you as a coach, as a sports director, but in reality …

R. What I want to be is a footballer, to continue enjoying myself. And when I see that the head is faster than the feet I will step aside. I will continue to be attached to football, yes.

P. And will you use the big data?

R. I’ve heard a lot about it, but haven’t figured it out yet. What i see is wyscout [una plataforma de scouting] to see clippings of footballers and if I like one I mention it to the sports management, they give me videos … But at the big data I do not arrive.

P. Do they listen to him in sports management?

R. Sometimes yes, but sometimes not so much, hehe.

P. Were you able to leave Celta in recent summers?

R. There were many options, but I came back to stay.

P. You weren’t even tempted by Real Madrid’s interest?

R. My brother and my manager told me about it, but I’m very happy at home and playing in Balaídos. So it is very difficult for me to think of other things.

P. In Madrid it seems that the veterans do not stop performing and the youngsters have not just arrived. Do you have a pending revolution?

R. Age is just a number, I heard it from Sergio Ramos the other day. The performance is there. Or as Nolito tells me many times: “When the season is over, get my primer.”

P. Do you see Madrid a lot?

R. Not just them. I see a lot of teams! They are being irregular, but because when they lack a player in the center of the field they notice it. That is why in some games they crush and in others it costs them a little more.

R. He is a great striker. I love how he reads football, how he goes down to receive and match… He doesn’t score 30 goals, but his value is all he brings to the team. I pay attention to him a lot to take things from him.

P. Do you look at teammates or rivals to improve?

R. I certainly do and not only in my position. For me it is important to know which is the weak leg of a defender or to be clear that he goes to the ground a lot because that way I can feint him and cut back.

P. Is the football story poorer if it only focuses on the stories of the great teams?

R. Definitely. It goes easy, to what it sells. Everything is based on Madrid, Barcelona and, if it goes well, a little Atlético. The rest of us are there, they take the attention and the money and we the crumbs.

P. What do you think about the European Super League?

R. I hope it doesn’t go ahead. Football would break. And we would already see how some would accept being in the middle of the table down year after year.

P. Were you disappointed not to see yourself on Luis Enrique’s list?

R. I always work to go back, but disappointment is not the word.

R. Yes, it could be said that way. I have not been to the national team for more than a year and I am not going to lower my arms. I have to do better, not lower my head. The coach does not think it appropriate for me to go and if another teammate does, who also does well in his team and believes that he can offer more performance. Luis Enrique values ​​the states of form very much and if I finish the season well I will have options to play the Eurocup.

R. We have improved, huh? It wasn’t very complicated either. But we are a very happy team that does not know how to defend itself locked up even when balls pass us into the area. There we suffer.

P. Do you miss people in stadiums?

R. And you can’t imagine how! The empty stands greatly influence the game we are seeing in the League. For us, with the type of football we do, it would give us a plus. But the thing is that I also lack the public when I play abroad, that moment in which the rival fans squeeze you. It’s the beauty of football!

P. The exit of the ball or the pressure is regulated to counteract it. Where is the imagination?

R. Everything evolves. There is a lot of whiteboard, more video and analysis. We have to accommodate ourselves to that reality.

P. What have you learned along the way?

R. To understand the game, to live it and feel what it takes and know that if I lose two balls the third I cannot risk it. To perceive when to continue the game or if the game is broken, to realize that it is necessary to face and look for the rival. To know what the team needs and what I should do for their benefit. But that is what the parties give you. At 25 I had no idea how to do it.

P. What kind of veteran is he?

R. Quite insistent with young people, especially on a day-to-day basis. For example in aspects such as definitions. But if they have something to say to me, I’ll listen to them. I want to keep learning.

P How do you see the player who now reaches professionalism?

R. There is more technical quality than before and they understand the game quite well, but they lack the mischief that the street gives you. When I was his age, you met more curmudgeonly veterans who put a lot of pressure on you.

P. Who marked you in a dressing room?

R. Regarding character Luis Suárez in Liverpool because even when he trained he was a winner. Also when I was 18 years old, I went up for two months to train with the first team and Canobbio, who was playing hook, impressed me in my position. Then Trashorras.

P. Now the midfielders are sent to a band.

R. It’s true. There are hardly any left. I was also a playmaker! They raised me to the first team and I was a striker or band. And everything changed.

R. It can be a thorn, yes. But we also have a very good streak of seasons in First [nueve]. Sometimes you have to be lucky in the Copa del Rey pairings or get to Europe and advance. Soccer is not as easy as saying I want this and I get it.

Don't touch me the ball

Sergio González: “We have to see the glass half full”