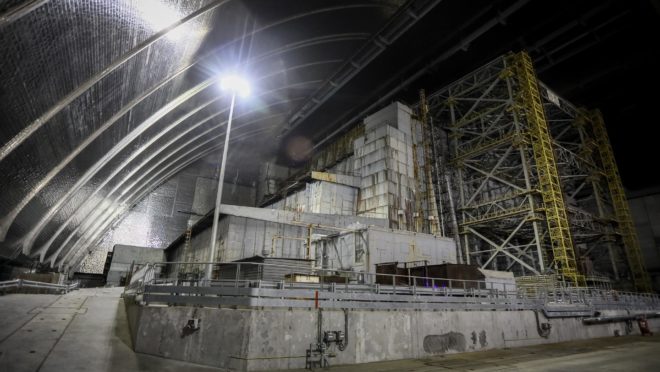 The International Atomic Energy Agency (IAEA) said on Tuesday that monitoring systems for nuclear material at the radioactive waste facility in Chernobyl, Ukraine, had stopped transmitting data to the agency after Russian attacks on the plant.

Also according to the agency, it is becoming “increasingly urgent” the need to rotate employees for the “safe management” of the Chernobyl nuclear plant, where about 210 workers have been working without being replaced since February 24, when the Russia initiated the invasion of Ukraine.

“I am deeply concerned about the difficult and stressful situation that employees at the Chernobyl nuclear power plant face and the potential risks this poses to nuclear safety,” IAEA Director General Rafael Mariano Grossi said in a statement. Ukraine’s 15 nuclear reactors are operating at normal radiation levels so far.

See also  A quick booster for a holiday in Austria? This doctor does not cooperate with that

“I urge the forces that are in effective control of the site to urgently facilitate the safe rotation of personnel,” Grossi added, referring to Russian forces dominating the Ukrainian compound. He further emphasized that it is crucial for safety that “the personnel operating the nuclear facilities can rest and work in regular shifts”.

The former nuclear power plant, located in an exclusion zone due to radioactivity from the 1986 accident, includes decommissioned reactors as well as radioactive waste facilities. The Ukrainian regulatory authority further said it can only communicate with the former power plant by email.

On February 24, the Russian army occupied the former Chernobyl nuclear power plant, the scene of the biggest nuclear accident in history, after intense fighting against the Ukrainian Armed Forces.

“This is not a safe way to manage a nuclear power plant. It is also not safe or sustainable that internal and external communications have been disrupted and cut off, as the Ukrainian operator and regulator informed us,” Grossi criticized.

With information from IAEA.

You can support Ukraine and win $6,500 worth of games for just $10 with this bundle | EarthGamer