IAEA confirms uranium enrichment up to 60 percent in Iran 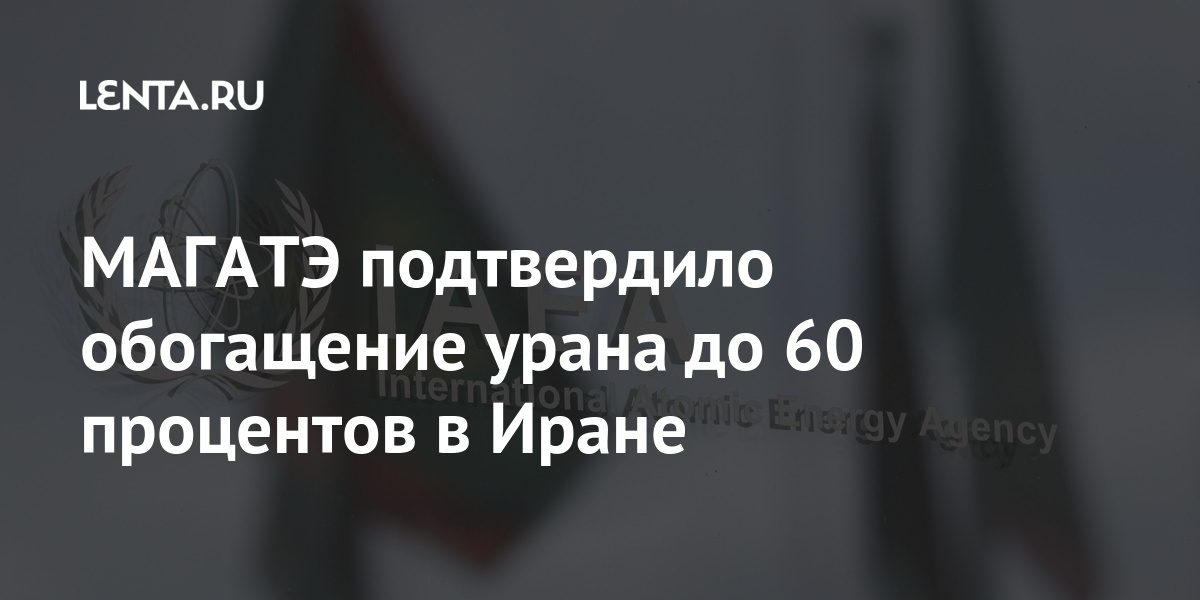 The International Atomic Energy Agency (IAEA) has confirmed the start of uranium enrichment to 60 percent at a nuclear facility in the Iranian city of Natanz. It is reported by Reuters…

“The agency today confirmed that Iran has begun production of UF6 (uranium hexafluoride) with an enrichment of up to 60 percent,” the statement said.

Iran announced its intention to enrich uranium to 60 percent after the sabotage at the nuclear facility in Natanz, which took place on 11 April. The massive explosion reportedly destroyed the well-protected internal electrical system that powered the uranium-enriching centrifuges.

In Iran, the incident was considered a terrorist attack, but the damage caused to it was assessed as insignificant. According to the authorities, the accident did not lead to a suspension of uranium enrichment, and the damaged equipment will soon be replaced with new ones.

Luis Miguel, the series: summary of season 1 and explanation of the ending on Netflix

He is an impostor! Animal Crossing: New Horizons is on Xbox and it’s not what you think