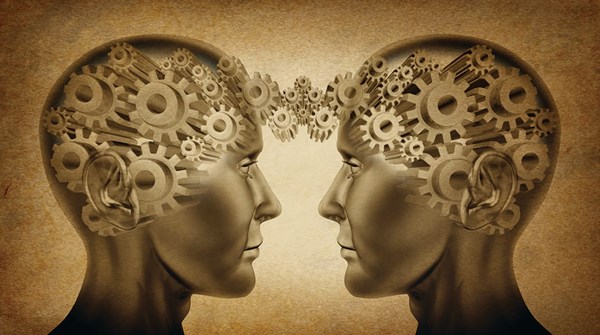 Can we say that what we think is what we desire? How can a person save himself from a need that has the ability to identify with desire and lose its certainty in it? It is obvious that a person has things that he needs, that urgent need that long time cannot put aside, or there may not be even a very short time, such as your breathing for oxygen, what happens in this relationship is considered an affair that lacks choice or the will that makes you want this without That, and for her, our desire is completely separate from the need, while the need persists within our desire. From a parallel direction, the “thinking ego” begins in the self at a time when the possible facts become certain, while the desire “I want” begins in the self when visions turn towards the unknown future for which you have a project but you are devoid of results, which makes the subject live an argument that does not It ends between staying inside the content space, or going outside it.

And this struggle becomes evident if you now stand at the end of a road that keeps its limits and in front of a high cliff that you refrain from jumping because you have decided according to your memory that jumping constitutes the inconsistent, even though it may create for you the results you need, and you do not know what they are if you have not yet determined your goal, And that moment on the cliff, which may not exceed seconds, represents “the conflict between “I think” and “I want.” Therefore, Hannah Arendt tells us that the competition between the thinking ego and the will “I want” is a completely different kind, for the clash occurred here between two mental activities that appear to be They are unable to coexist and that is why Valerie once said: Sometimes I think and sometimes I am! When we perform a voluntary action in the sense that we focus attention on a future project, we are not less distant from the phenomena except when we trace the trail of an idea, that the process of thinking and will are not in contradiction except to the extent of their impact on our psychological state, and in fact both bring to the mind an absent act, but thinking In its permanent present, what was, or at least what was, is swept away, while the process of will extending towards the future moves in areas where such convictions are unknown, exposing them to distortion by hope, which also contains in its core the vibrations of fear.

thinking and memory
Where are we when we think and where are we when we want? By tracing the path of thinking and desire taken from the formation of the act of the will, in her book “The Life of the Mind,” Hannah Arendt reveals many events that make us stop in front of philosophical signs, not to prevent us from falling into the arms of the past through the thinking ego, but rather to open that door devoid of Milestones and directions through “the will.” A person immersed in memory can only emerge from his “thinking ego,” as it is the source on which thinking builds his existence. Although we do not know the hidden thinking ego except through the body expressed in the world of phenomena and certain since the beginning of his coming that he will leave one day, making him in a transcendent clarity that does not exist anywhere, he has remained far from the ego that he lost consciousness of, which prompted Plato to be nicknamed And the philosopher taunts the lover of death, and here comes Valerie’s previous saying “Sometimes I think, and sometimes I am”, in which he claims that the “thinking ego” abandons all meaning of reality, and that the real I, that prominent one, does not think, which makes us evaluate a perception in terms of temporality to know where Thinking, the place in which thinking looks according to Hannah Arendt is always related to memory, which has the ability that the mind acquires so that what has gone definitively remains present despite the absence or absence of sense, and this presence is the permanent present of the “thinking ego”, or what Augustine says about him, the present of the eternal absolute. While the temporal “will” takes its form in looking towards the unknown, which can only be achieved by action, what Hannah considers a form of birth, where the action manifested in it practically adds to the world a new project that would not have existed without “I want.” The will as an instrument of the future always wants to do something and therefore implicitly despises pure thought and all its activity conditioned not to do anything, which makes the “thinking ego” drown in anxiety and impatience because the project of the will leads to an “I want” that is not guaranteed, where the “I think” as an instrument of the past Everything you think about happened and what happened is a matter of the content of its results, the excitement that disturbs the will does not subside except that I want and do, and here Hegel tells us that self-awareness or the cogito from St. Augustine to Descartes, was limited to the contemplative or theoretical point of view, where Descartes saw That self-awareness is the essence of man, which made this philosophical tradition belittle the self-awareness that is formed through practical activity. Man is not only searching for himself within himself, but he is driven to find it in what is given to him immediately, or what is presented to him from outside. Man according to Hegel is a willing being “he is driven.” If a person thinks because he desires, because his willing nature It pushes him to work to face an external reality.

Humanization of nature
Does our struggle to think about the past mean that “I think” has overthrown “I want”?
We live in the past more than we live in the future in its independent voluntary form, in which we perceive the disappearance of a past event, so that all forms of renewal may disappear and the self drown in inhabited contemplation and theory, not with the idea of ​​the theory itself, but as a tool for the past that cannot build an existential entity that frees the present moment from being swallowed up. Years ago, we can say that we stopped at a certain image, form, work, innovation, level and other examples, and this is exactly what will happen to us as a virtual ceiling, but it is felt at the moment when we discover that everything we thought was our desire and will, It is nothing but a hidden past thinking inside the “I am thinking”, and that the will with its true content has not been able to present a future in which the past is not present as an infinite extension of the expected event or content, so man must achieve all this by changing the external things that he stamps with a seal His interior, in which he restores his own decisions by virtue of being responsible for transforming nature, “humanizing” the environment in which he lives, and transforming reality as a medium that he actually wants to transcend into a goal that has not been achieved, not in terms of its connection to the shrinking desire on itself for reasons that crushed visions towards Not only the future, but the liberation of “I want” from waiting for “I think”, that waiting that we are still paying for until now in the form of our continuous expectation of a future that has not yet appeared, the disappearance of the unknown as the unknown and its emergence as an inevitability that loses that ability that accompanies what is often called “freedom.” and plurality”, we beings of the predicted end and predetermined life, we can be a tool even though we are taken in by the illusion of being in the hand of the future that can only come true in the form of a continuous past.