«I really like the narcissistic way of looking of the rich»

He studied Journalism, but not out of vocation. “What I wanted was to write,” he confesses
Victoria Martin (Madrid, 1989). Screenwriter, comedian and actress without mincing words, her popularity has exploded thanks to her juicy interventions in ‘Yu: don’t miss anything’, in which she dissects the posh who truffle the covers of ‘Hello!’ and collect followers on Instagram; the podcast ‘Stretching the chicle’, which he hosts with Carolina Iglesias, and ‘Válidas’, the series in which he co-stars.

-How has the covid treated you?

-The truth is that I have had a bad time. I have not needed hospitalization, but it is not a joke, that’s why I said it on social networks. In my case, it was not like a cold at all. It is a super serious thing and I am still suffering from back pain and utter exhaustion. I had only taken one dose and I got infected in a shoot the same week, a task.

-Does it come off as a posh?

-I’m passionate about that world. I am not, but I have touched him a bit intimately through the schools I have attended, despite coming from a normal family. And it is true that it is a world that I really like to parody, I really like how the rich live, the absolutely narcissistic way they look, and I always criticize from that character because it amuses me much more. But yes, I think it doesn’t come off. You never have to get out of being posh.

-Does it mark a lot to be educated in an Opus school? Have you forgiven your parents?

– (Laughs) I have forgiven him because now I am telling all the stories that have traumatized me. I tell them that now I am charging what they have put me through. It marked a before and after in the way I relate to my sexuality, with the boys … In the end you relate in a super unhealthy way. They inject you with guilt since you are super small and it is very dangerous. I really don’t recommend it (laughs).

-Why did you study journalism?

-Because, really, I’m a very lazy person (laughs). It was simply because I loved writing and since I was between Philology and Journalism, I said: “Let’s see what has fewer outlets … Well, let’s go for Journalism.”

-And when did you realize that it was good for humor?

-Well, I still haven’t realized it (laughs). I do not know what to tell you. I have always been very clownish with my friends, my family and it was like the role that I had to contribute something. I have always been a girl with low self-esteem and I thought, what is the only thing I can do well? Well, make people laugh. It was like my way of having some social skill and I have a hard time taking it off. Being serious costs me a lot because it supposes anxiety, it is like my mask so that people do not see how despicable I am.

-The anecdotes you tell about your life are hilarious but have you lost any friends along the way?

-They have surpassed spaces like ‘Nobody knows anything’ or ‘Modern life’.

-The truth is that it is quite a rush. We did not expect it because as it is a podcast that is not about anything, and is about our vision of things … We did it for fun, but everything has arisen in an organic way that is how things work. That is why he has connected so much with people. We have also kept a lot of company throughout the confinement and people have taken a liking to us even though we are two rats. I think people wanted to hear other speeches as well and not just women. 70-year-old gentlemen write to us saying that I wish they had had these references when they were fifteen years old.

-With this explosion of popularity, how is the money business going? Have they managed to monetize the proposal?

-Well, we are very dirty. In the end they always cheat us. It is true that we have managed to monetize it with the ‘show’ that we do in the theaters, because you do not have intermediaries, it does not matter if that platform calls you or not because it is really the public that buys the ticket and will see you. For me, of everything we do, what I like the most is live shows.

-A few months ago, in the program in which Gakian came as a guest, they talked about toxicity in labor relations and at work. Have you had situations this close to you? And do they almost always arise from a masculine and macho environment?

-No, also female, because we have all grown up in the same absolutely patriarchal system, which pushes us to compete. I think that one of the good things that we try to do in the program, inviting all these wonderful and successful women, is to make it clear that we do not have to compete, that if we get together things will go much better. I have had experiences with female bosses who have treated me very badly, journalism is complicated and the way of working is super precarious. That is why we try to show in ‘Stretching the gum’ that if we take care of ourselves and praise ourselves, we do better.

-On that same show, he said he didn’t see himself doing this for many years. Is it very tiring to do comedy or to be always witty?

-It’s not so much for that. What I like the most is writing, but it is true that this world and the exposure that it entails generates a lot of anxiety, which is something that I do not like at all. I had an Instagram account where I posted my bullshit and my thoughts, I didn’t have that much response and I was much freer. Now I realize that everything I say is super marked, it is sharpened out of things because it is understandable, they see you more and have more opinions. It generates a lot of anxiety for me to be a character that people begin to know and that surpasses me many times. But then she has another part that is wonderful and I don’t change it for anything.

-She makes scripts, presents, acts, has done monologues. What do you like least?

-I don’t like monologues or ‘stand up’ at all. I do not know if at some point in my life I will repeat it, but I do not like to restrict myself with the text. Used to doing sections and podccasts and writing a lot, texts start to bore me right away and I’m not good at it. Now, I love watching monologues, but what I like the most is writing fictional scripts, but it’s impossible. We have tried to sell ‘Valid 2’, because the first one was seen by many people and we believed that there could be an opportunity to be self-produced, but it is very complicated because despite being in this position I do not have a gap yet.

-It is a world with a very complicated access, but it is true that my dream as a child has always been to write fiction series, comedy, it is what fills me the most and with what I enjoy the most.

-What did you think of the absence of comedians in the programming of La Chocita del Loro? Does the Madrid room smell closed?

-Man, please, it smells like smegma. It is that I believe that they do not find out anything. We sometimes think that we live in a bubble because the people with whom we interact are obviously not LGTBIphobic, they are not macho, but what is beginning to be a bubble is their thing. I think that the fact of being stale, macho and saying that women are not funny and all this bullshit that seems to me from the last century is already the bubble, the bubble of the gentlemen who have Cristiano Ronaldo in their profile picture and they call you whore and bitch. That is the bubble, I think young people are on a different wavelength. I look at it with positivity, that then maybe I am not right in this, but I think they are living on the margins and I am very happy. 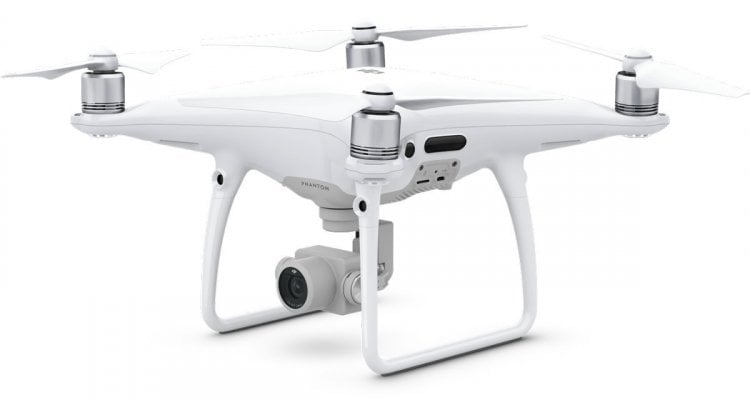 US was behind Lula’s arrest, says film director Oliver Stone