‘I no longer feel safe in the Capitol’: the crude account of a journalist who covered the chaos 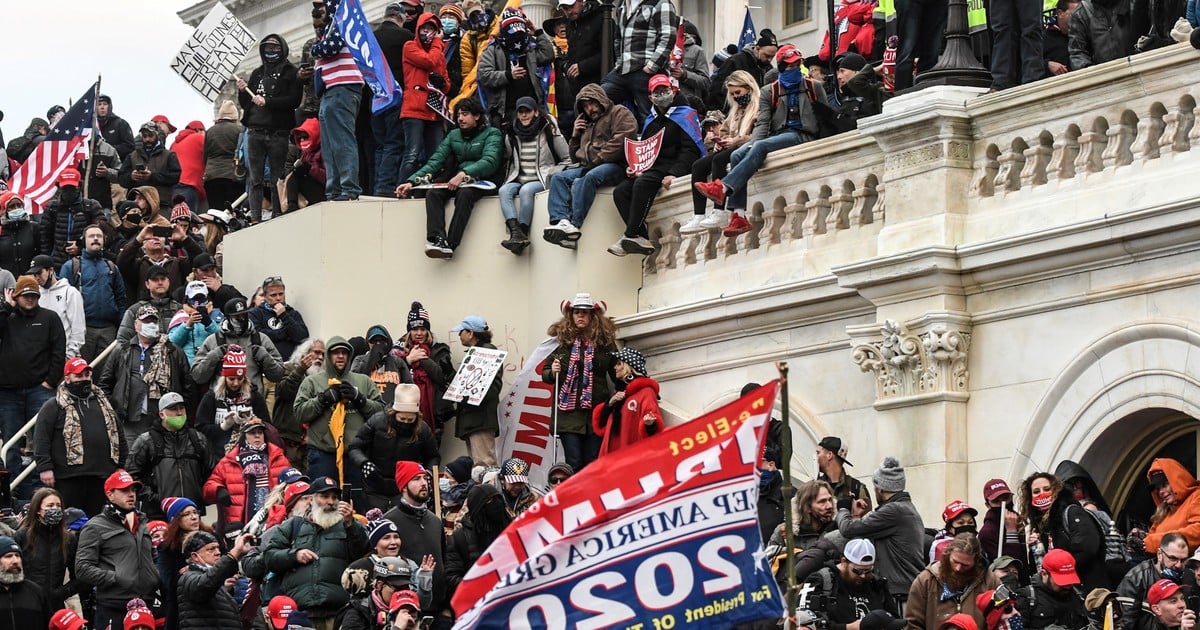 I can’t stop watching the videos. They are many and each offers new clues about what happened in the Congress of U.S. Thousands of insurgents outside calling for a revolution. Images of broken glass and shattered relics. My own videos of the chaos in the House of Representatives. And, of course, the heroic policeman of the Capitol that resisted the advance of the mob into the Senate, containing it in a ladder that I used so many times.

Throughout the last week, I went through those images over and over again, muting the videos if my kids were around, stopping them, and making them rewind. Looking for new data.

I still can’t believe what happened. But it happened, and the videos are scary proof of it.

I want to put it all together to better understand my own experience the day hundreds of Donald Trump supporters stormed the Capitol to protest his election defeat. At that moment I was convinced that nothing would happen to me even though I had to throw myself on the floor on a balcony the upper house, along with legislators and other journalists.

Now it is clear that the rebels were close to breaking the resistance in three doors of the House of Representatives. Below, at the main entrance, we saw how the police stopped them by placing furniture at the door, as if it were a barricade, shouting guns in hand.

What we did not know is that on the other side of the chamber, the rioters were smashing the glass doors of the anteroom of the chamber president’s offices, a place where legislators and journalists regularly gather. We hear a shot of a policeman to disperse the mob. That shot killed a woman.

The police were finally able to get us off the balcony, hurriedly guiding us up the main staircase. We saw at least six insurgents lying on the floor and agents pointing their weapons at them. It seemed that they had come close to the area where we were.

Supporters of Donald Trump grapple with police before breaking into the Congress building on January 6 in Washington. Photo: REUTERS

Just an hour earlier, as the first images of the mob outside Congress were circulating on television, my mother sent me a text message asking me to take care of myself. I told him I was sitting on the balcony, watching the legislative session in which the electoral votes were counted.

The safest place in Washington?

“That’s probably the safest place in Washington right now,” she replied. And he wasn’t kidding.

I thought the same until I heard the knocks on the door of the chamber of the House of Representatives. I have been covering the Capitol on and off for 20 years and always felt safe. I thought that if something happened, there would be very heavy measures to resolve any incident. It’s about Congress. A stronghold. The seat of the American government. There were no doubts.

But that security that he felt was diluted last Wednesday, as the rebels approached the hall of the House of Representatives. 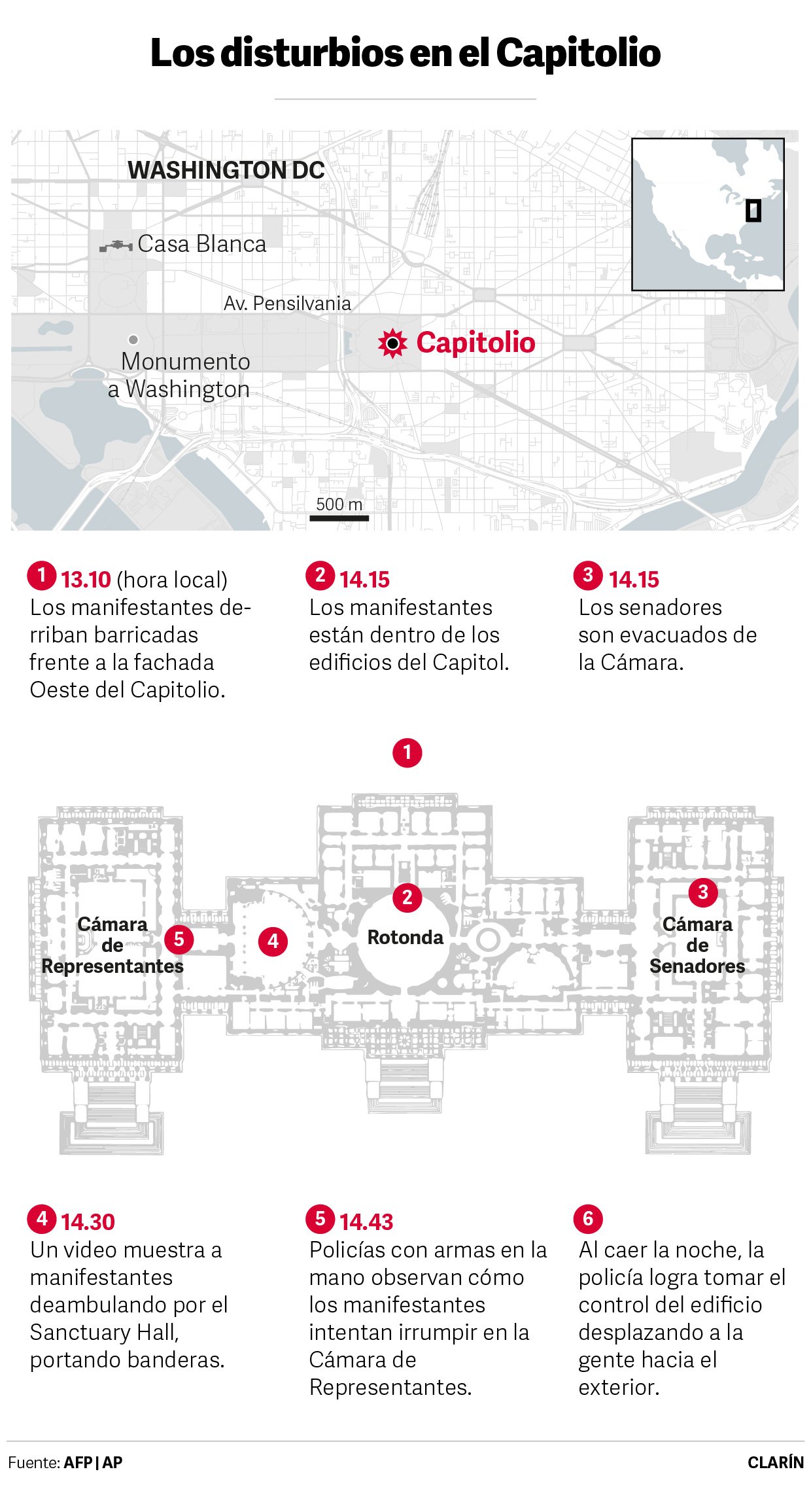 How can this happen? They all wondered the same thing. It was unthinkable.

In the following days, I watched a number of videos, many of them filmed by the rebels themselves. I analyzed the smallest details of a day in which my husband, also a journalist for another publication, was in another sector of the Capitol. His photos, like mine, are shocking.

The images on our phones show the chronology of the events.

At 2.20 pm my husband filmed rebels trying to penetrate the main door of the eastern sector of the Capitol. There were no police on hand. At 2.33 pm, already in another sector, he filmed protesters walking through the Statues Hall, on their way to the lower house. There were two policemen walking in the opposite direction.

At 2.37pm, my phone snapped a photo of legislators donning gas masks. Two minutes later, I have a video of the representatives leaving the camera. At 2.42 pm, I filmed scenes from another angle of the room to which those of us who were left had been thrown, and I leaned out to capture the armed personnel below us. At 2.50 pm I have a video that I did not remember having taken with chaotic scenes when they took us out of the camera.

I try to focus on the positive things, on the people who helped. None of us were injured in the hall of the House of Representatives or in the Senate, where colleagues from AP were evacuated when the insurgents went up the stairs. Congressional press staff acted quickly and removed us early.

Still, I am saddened that we will no longer feel as safe as we used to on Capitol Hill, neither we nor my country.

I will be back soon and security will be much tighter. But Congress is no longer the safest place in Washington.

Things can only get better – Olive Press News Spain

Things can only get better - Olive Press News Spain