I have played Company of Heroes 3 and if you are a fan of strategy in World War II, you can get excited – PC 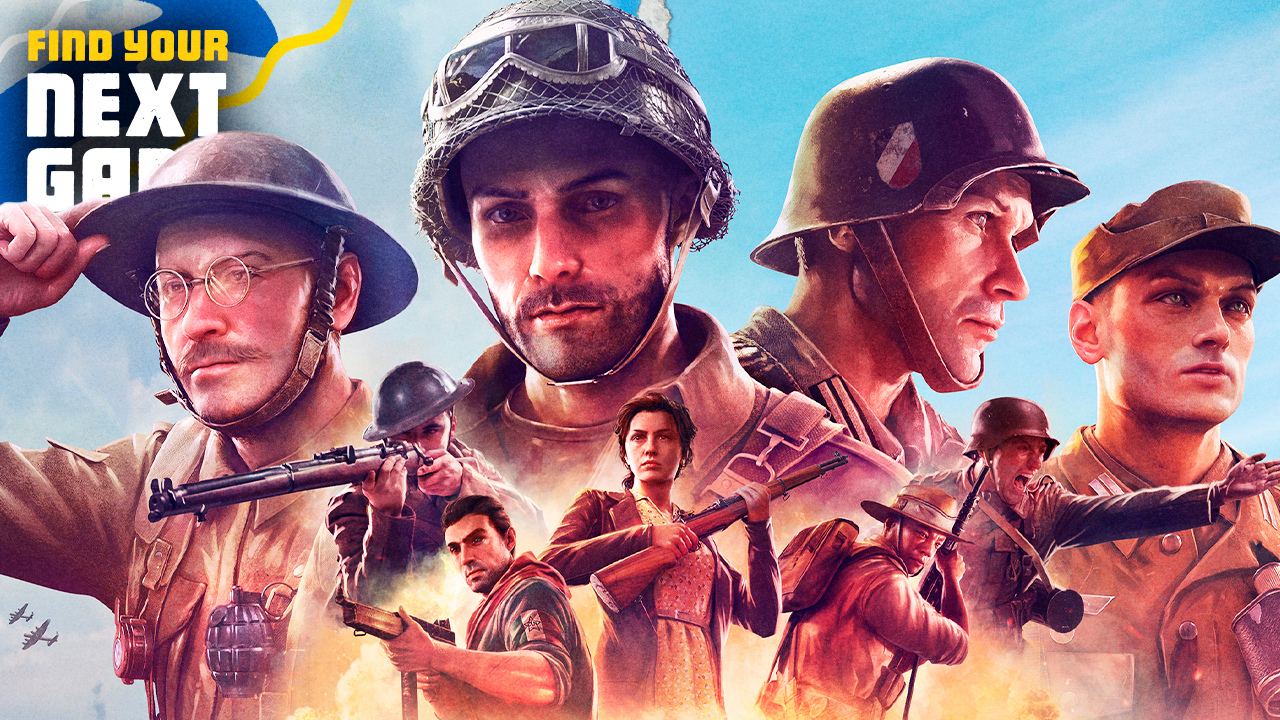 Fallout 3 said that war never changes. There is probably no greater truth than that. However, what does change are the ways in which video games approach it, and Company of Heroes 3 clearly demonstrates this. After playing this strategy game set in World War II for several hours, we will tell you why you can get excited about this new RTS.

With the release of Age of Empires 4 just around the corner, discover not only that Relic Entertainment you are already working on Company of Heroes 3 but also have the opportunity to play it! It has been quite a surprise. If you thought this revered RTS series couldn’t get any better, you’ll discover in these impressions that the Vancouver team still has a lot to say on the battlefields of WWII. And nothing better than putting the game in our hands to discover everything it has to offer. About eight hours of action in one pre alpha version which, obviously, indicates that the game is still in a premature stage of development, but they are perfect to discover all the news of the new CoH. This is the good thing, of course; The bad thing is We will have to wait still a while to see the game on the market as it has no approximate release date. But … what’s new?

The main novelty is a campaign map in the style of the Total War saga. In fact Relic claims to have been inspired by the work of Creative Assembly, who have advised them to make this new function a reality (both studies are distributed by SEGA). However, Company of Heroes is not Total War nor does it want to be. Relic remains focused on all-out war (the joke stands alone). So forget about diplomacy or other procedures that divert you from the central core of this experience, the battles.

New battlefront in Company of Heroes

After the cold lands of Russia and Poland invaded by the German army, Company of Heroes 3 will take us to Mediterranean front in World War II, losing along the way some of the novelties that its predecessor incorporated, such as the climate or difficult terrain such as snow and ice, which have no effect here. The reason? Relic assures that not all his fans were happy with these game mechanics, so if you were excited by the idea of ​​fighting during a sandstorm in North Africa … well, bad news, it is not something that will influence the action. However, the study seems to have focused squarely on improving its RTS battles and giving its campaign map all the sense of the world so that the whole feels solid.

With this decision we lose the linear campaign and the door is opened to a branching narrative. A lot, in fact, as I found on the map of Italy. The player can choose from which front to start this campaign. There were up to three different ways to destroy the armies of the axis: assaulting the city of Taranto, using the anti-aircraft artillery of the Indian Commonwealth, with a paratrooper brigade close to Salerno that cut the enemy supply lines and, finally, secure Naples. The latter was the campaign map that was available to play.

Obviously opting for such a large number of options has its positive point in terms of replayability to which, based on the experience of these hours of play, I see infinite possibilities. The part that worries me is the intensity of the narrative and its story. Relic ensures that this will continue to be very present through a large number of characters that we will meet throughout the game and, of course, relying on another of the great pillars of the saga: the cinematic scenes. I could only witness one form of introductory trailer, but the studio’s hand is noticeable when it comes to knowing how to take the player towards unforgettable and completely cinematic moments that could be signed by Steven Spielberg himself.

From an isometric perspective we have a real map of Italy with its cities, towns and small villages. All of them have their importance since, although some unlock classic RTS battles of the saga, many others act as supply points from which to obtain resources. Actually the mechanics on this map is very similar to what we see in RTS mode, having to secure the supply lines and get complete areas of the map in constant skirmishes with the Nazis. To face this challenge, you are given the choice at the beginning of the campaign between three different battle plans. You can opt for the American plan, do it for the British or a combined plan. Actually, their descriptions are not very important because at the moment of truth you have total freedom when it comes to moving your units around the map. The relevant thing is that each of these plans has a series of associated bonuses with which to start the game that can make a difference depending on your style of play. It is not the same to have two naval destroyers than one. It is from that moment when you start to deploy your troops on the map. There are special settlements such as major cities, ports or airports that have a greater specific weight when it comes to feeding our resources or giving us new units to recruit. Little by little you buy battalions of artillery, armor, or exploration troops. Each of them has its own health bar and their seniority improves. In this campaign map the tactical approach is turn based and action point. In this way, once you have exhausted all your movements, you will move on to the next day and with that the enemy turn will begin, which will deploy its units in the same way.

The title puts a main objective in front of you, in this case it is to get Monte CasinoIt really is a very fun game mode, and enormously respectful of the bases of the title. We will have to take into account the orography and the terrain that can give us advantages when attacking. Placing a unit in a town and opening fire from there will be an advantage in terms of cover and thus, little by little and with a lot of sweat you will expand your area of ​​influence. The setbacks are varied, not only can we be attacked from the air, the enemy may also blow up the bridges that give access to our next objective, delaying the operation while waiting for the arrival of engineers to fix it or making us take an alternative route. Our units also have various attacks or special actions like the launching of missiles from our frigates to the ground that can wipe out an entire enemy unit with one stroke of the pen. That is why I was telling you that these associated bonuses are important since they have a lot to do with those special attacks that we will have from the start.

The rate of unit generation is not very fast. Supplies are regenerated every three days, so we should think carefully about what we are going to buy taking into account the firepower of the enemy that, like us, can appear with antiaircraft and antitank artillery units that destroy one of our precious pieces. in one breath, dismantling our strategy and delaying our plans. This can be very frustrating because each unit, as you gain experience, can go buying new skills that they are making it stronger and stronger, also guaranteeing a good number of extras to count on when facing real combats.

Company of Heroes 3 battles, bigger than ever The title puts a main objective in front of you, in this case it is to take over Monte Casino, but to get there you will have to invest a good handful of hours. To spice up the process, missions are emerging that have a limit of days to be completed. Freeing the Italian partisans to join our cause, ending a German commander who gives us improvements in intelligence or managing to liberate a city in a certain time are some of them. It is precisely in these main and secondary missions when the game begins as we knew it until now.

Some of these battles may be small in scale. Being very specific and having to solve the objective in a limited time, others can be simple skirmishes in which we can start with an advantage or disadvantage and others, the best, are full-fledged missions in which to play that RTS that has managed to become a hollow in everyone’s heart over time. Precisely, on this, Relic assures that they intend, as with the previous installments, to give a long maintenance to this new iteration. In battles things continue more or less the same as always. Well actually a mode has been added tactical pause complete that suits the game wonderfully in terms of strategy. It is a pleasure to stop time and calmly create a tactic to send a heavy artillery unit for a mortar post, while our light troops escort a tank in a frontal load from which the enemy does not expect you to have positioned two squadrons of bazookas on the side to destroy the building in which they are sheltered and flee like rats.

The fighting continues to be the most spectacularPrecisely, another of the additions on the buildings is that now it is not necessary to throw grenades or charges to make the enemy come out and occupy it. There is a new maneuver that allows units storm a structure and invade it immediately so that taking over surveillance and defense points is now more agile and stealthier, being able to better prepare the ground for ambushes at key points.

The fighting continues to be most spectacular, the latest iteration of Relic’s Essence engine works perfectly at displaying a huge number of units on screen, as well as creating effects of explosions and destruction of structures and coverage so that the adrenaline is triggered in each confrontation. As I have mentioned, we are facing a very early version of the game and there is still a lot of room for improvement, but we can already see what is to come.

These are just a few strokes of what the game has shown me in just a few hours, with so many details to comment on, that it is difficult not to get excited about this project. But above all I am amazed at how incredibly well integrated its two parts are. Everything we do on the campaign map is reflected when playing in its RTS mode, especially in relation to the new skills we get and that make a difference when it comes to deploying resources of a special nature in the field of combat as heavy artillery, ambulances or request a bomb discharge thanks to the support of aviation. None of this is free and you have to work up a sweat every turn of this splendid addition. Just a reproach for Relic, that the preview has only been available for a limited time, because the possibilities are so many and each game can be so different from the previous one that it would have continued playing for a long, long time. Sorry for the hype folks, but something awesome is coming.

What should you know about Company of Heroes 3?