“I have come to command, not to make excuses” 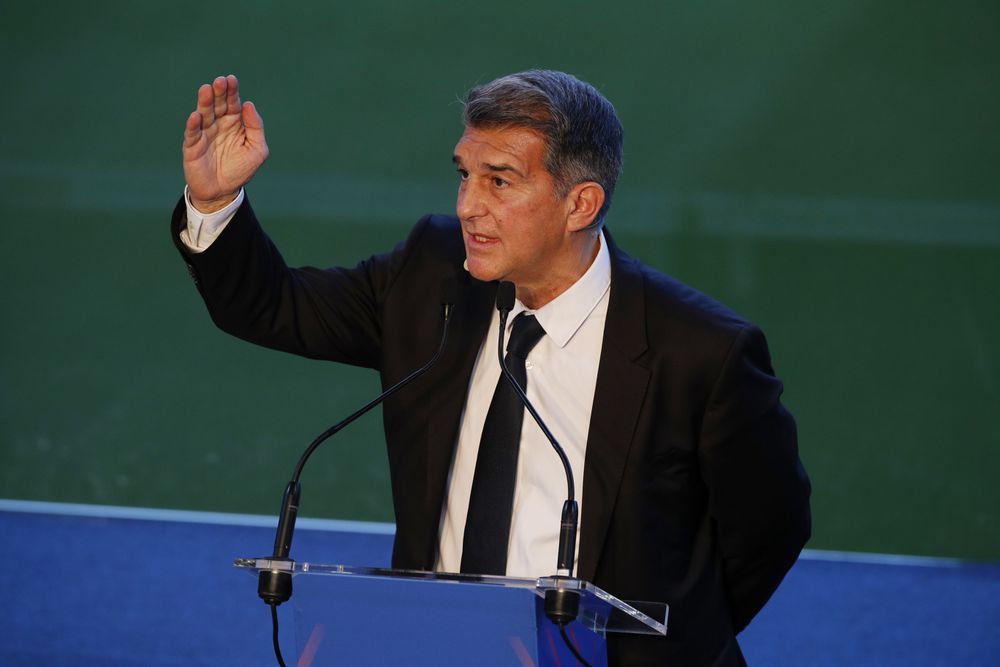 The leadership of Joan Laporta, manifested at the polls (30,184 votes), is now also seen in the Camp Nou box. The Barcelona president’s inauguration ceremony was attended yesterday by the highest Catalan political representatives —Pere Aragonès, vice president of the Government of the Generalitat, and the president of the Parliament, Laura Borràs—, municipal officials — the Barcelona sports councilor, David Escudé— , as well as the coaches and captains of the different teams and sections of the club. About 300 people and, naturally, Messi.

The captain put on a suit and tie, as if he were attending the Ballon d’Or ceremony, surely aware of the wink that Laporta would give him. “I have come here to command and make courageous decisions. We cannot do it alone. I will do everything possible for Leo to stay ”, announced in his inauguration speech the Barça president for the second time -he ruled from 2003 to 2010-, surrounded by former presidents Sandro Rosell, Josep Maria Bartomeu, Joan Gaspart and Enric Reyna, and accompanied also of his rivals in the elections, Víctor Font and Toni Freixa.

Without programmatic references, more than anything because it was an institutional day, in return he referred to historical Barça figures. He spoke of the founder Joan Gamper and Johan Cruyff: “Only God knows what it took us to get here,” he said in memory of the phase that Cruyff delivered at the tribute party to the Dream team.

The president appealed to unity and stability and invited Barcelona to maintain an optimistic and positive attitude, “fleeing from victimhood,” he said. “I want to be generous, humble and courageous.” And, he added, as a challenge: “To bring Barça back to glory, to bring back joy to Barcelona fans.” Laporta has no doubts about the current team – “we have to go for the Cup and LaLiga” -. And, in the medium term, the Champions League: “We want to win again and win well,” he argued, to later reiterate the Catalan character of the entity and its commitment to the country, “with its rights and freedoms”, without forgetting its integrating nature : “All Barcelona fans in the world must have a place and feel comfortable at Barça.”

The president barely gave a wink to the “long night of yesterday” [martes], due to the difficulty in formalizing the necessary guarantee of 124.6 million (15% of the budget) to be proclaimed president of Barcelona. Laporta assured that he will give explanations in a press appearance after it has been found that, finally, the great endorsers were not part of the list voted by the partners in the 7-M elections.

The seduction of Messi

The outcome forces in some way to rethink an electoral process that began with nine pre-candidacies after the resignation on October 27 of President Josep Maria Bartomeu, harassed by a vote of no confidence and by the Barçagate.

The 124.6 million endorsement was formalized with about 50 million from the 15 executives who were part of the Estimem el Barça candidacy; about 35 million Audax; less than 30 million from Jaume Roures, co-founder of Mediapro and whose contribution would be private through a patrimonial company called Orpheus, according to Expansión; and another amount contributed by five new managers and external entrepreneurs.

“We understand that the club is sustainable,” insisted Laporta. “The current situation causes respect, certainly, but we are not scared, but willing to assume responsibilities and decide,” he continued. “I have come to command, not to make excuses, based on strong leadership. I hope it will be a splendid period and that we will once again regain the affection of the people based on our style and the condition of more than a club”, A slogan that forces the Foundation to be dimensioned in favor of solidarity causes, as was the case of UNICEF in its first term, and that of La Masia, a player training center for Barça.

The scenography of the act was consistent with the massive social participation in the elections of the past day 7, the second highest with 56,611 votes. Laporta exhibited muscle and seduction, attentive to each of the guests, especially Messi: “I will try to convince him to stay, I will do everything I can. And what he does will be fine. Sorry Leo, you are the best player in history and Barça loves you very much ”. The wishes and illusions were clear. Now the Laporta government action begins.

Could you be paying less for your investments and pensions? – Olive Press News Spain