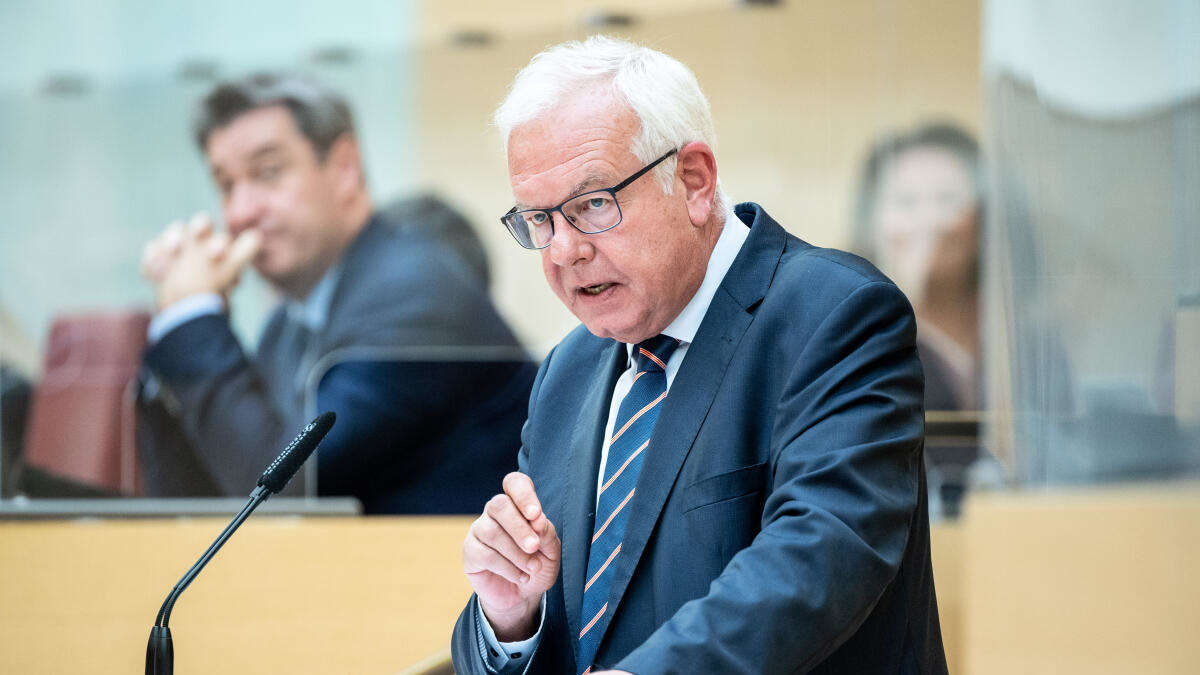 CSU parliamentary group leader Thomas Kreuzer suggests that Aiwanger withdraw as Vice-Prime Minister. Would you prefer a black-green coalition in Bavaria? There are major political differences.

You are vaccinated, Mr. Kreuzer. Did you (to quote Aiwanger) have “side effects that keep you spitting”?

No. I chose Astrazeneca in order not to take away an approved mRNA vaccine from any younger person. The next day I had a slightly elevated temperature and slight chills – nothing else.

The dispute with Aiwanger – Posse or serious damage to the Bavarian vaccination campaign?

I don’t understand what the Deputy Prime Minister is doing here. If he does not want to be vaccinated himself, that is his private affair. Politically, it should be absolutely clear to everyone in this government that we can only get out of the pandemic with a good vaccination rate. Hubert Aiwanger contradicts our vaccination campaign against the advice of all experts in order to score points with people who refused to vaccinate in the federal election campaign. I do not understand that.

Do you advise expulsion?

He has to consider whether he can remain Deputy Prime Minister. There must be no cheap political calculation when working for people’s health.

Kreuzer on Aiwanger: “He shouldn’t act as if he were guardian of Bavarian interests”

Everyone is talking about Aiwanger. Does that still lift him over the five percent in the federal government on September 26th?

I do not believe that. In Bavaria in particular, many people started thinking: These free voters have long ceased to be a Bavarian party, but a federal party like all the others – FDP, SPD, Greens. Aiwanger is now also fighting for the interests of the citizens in Mecklenburg-Western Pomerania and Bremen. He shouldn’t act as if he were guardian of Bavarian interests.

The specifically Bavarian point of view always spoke in favor of the CSU-FW coalition. Then is it also interchangeable at will?

Of course, other coalitions are also conceivable.

Even with the greatest imagination: We can only imagine with great difficulty that you in Bavaria would rather have a black-green coalition instead of Aiwanger …

(long break) There are indeed very big political differences, that’s true. It would be very difficult for me. But in the end it is always about common political issues.

Corona in Germany: “From today’s perspective, I don’t think it will be necessary to make any additional closings”

The fourth wave threatens in autumn. Which course will you take this time as the CSU?

The same applies: The protection of people’s health has priority. We have to watch closely what happens in other countries when the numbers are high, for example currently in the UK and Spain. From today’s perspective, however, I do not believe that it will be necessary to make any additional closings.

Do you give schools a guarantee of face-to-face teaching?

Honestly: no one can give guarantees in a pandemic. But we have to try everything to make classroom teaching possible. The key to having as many students as possible in the classroom is to have low incidences. Full presence and high incidences would mean that students are constantly in quarantine.

Söder says: From autumn discos should be allowed to open again exclusively for vaccinated and convalescent people. Aiwanger rejects this special treatment. Where do you stand on this question?

I am in favor of those who have been vaccinated and those who have recovered, of course, having priority in critical encounters – it’s about discos, pubs, maybe stadiums. I absolutely support that.