‘I didn’t like it’, the response used by Leandro Santoro for the Olivos scandal and the video of teacher K 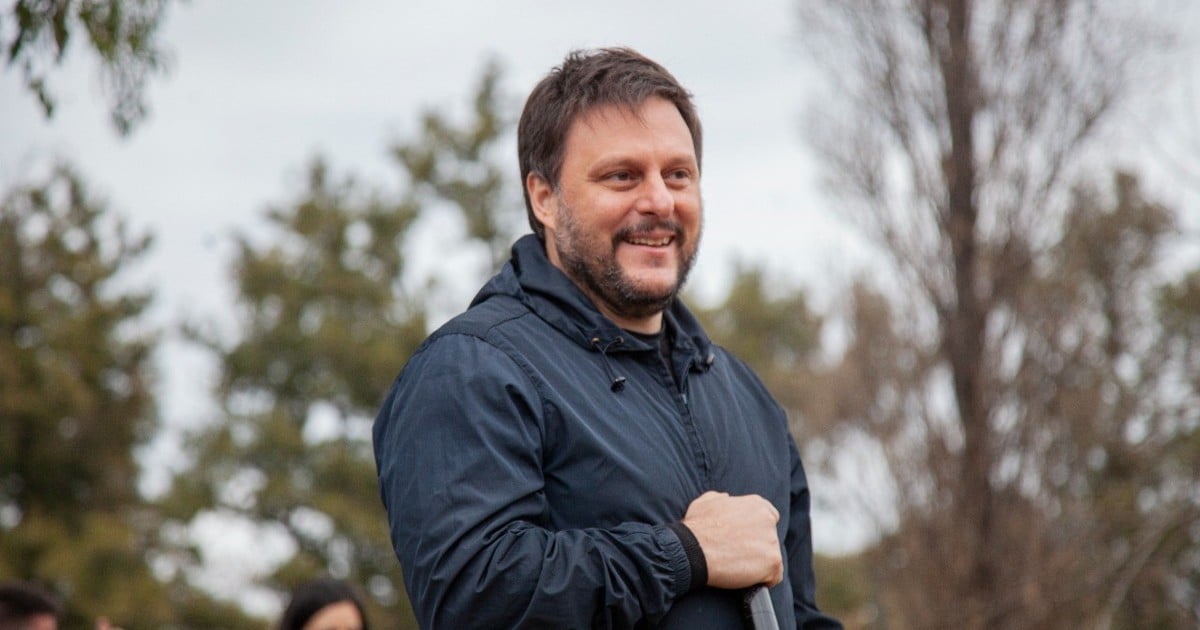 The candidate of the Frente de Todos in the City of Buenos Aires, Leandro Santoro, again referred to the Olivosgate scandal and, although he said that I dont like him”, assured that the best is “leave it there“.

In addition, Santoro also referred to the case of the teacher from La Matanza who mistreated a student in a political discussion. Answered the same: “I did not like”.

Regarding the photo of Olivos for which President Alberto Fernández, and his wife, the first lady Fabiola Yañez, were charged, he said that he wants to contribute to solving this issue and that is why try to “talk as little as possible”.

“To me I did not like the photo or the event that gave rise to this photo, I made it public on several occasions. It reassures me that the President did not justify himself and did not even try to explain himself, he simply apologized, “he said in Radio with you.

“I think the best we can do for this issue, taking into account that time cannot be turned back, is to leave it there. And more than this I cannot say. The President has already spoken on several occasions, “he said, trying to close the scandal that does not release the K candidates.

Santoro said that the video that went viral days ago I saw it on the morning of this Sunday “a while”.

“I did not like. I don’t think it’s the tone. I believe in debate, I am a university professor and I teach Society and State. One of the topics on my curriculum is to discuss current and current issues, “began his explanation.

“In general, I usually participate in these debates, generate them. But always understand that the teacher has a position of power as for the student and then he has to stay in an equidistant place, “he continued.

His stance it was not online with the support that the President gave to the woman who, according to the interpretation, made a “debate”, “formidable because it opens the heads of the students.”

Santoro also said that one cannot lose sight of the fact that the teacher has that role of power and that forces him to “have to moderate in some things“.

He rejected the idea of ​​indoctrination because in his understanding that concept “speaks of a public policy” and that he does not believe “that is the case.”

“I remember when on flag day in 2016 the children were given swear with him ‘if possible’ with (Mauricio) Macri ahead, well, that seems to me, “Santoro shot.

“The other could be for one side or the other, if the teacher were talking about María Eugenia Vidal and the free market I would tell you the same thing. I would not hold Larreta responsible for that, so that it is understood,” he continued.

Finally, he reflected on the teacher’s mistake and how she should be treated in this “mistake.”

“You also have to be aware that these public escraches they generate so much indignation that later they end up causing damage towards the person I don’t know if it helps, “he explained.

“Must put yourself in the shoes of someone who makes a mistake and overnight she becomes famous, the President talks about her, the media, the main opposition candidates … That person must not be having a good time now“, he warned.

Regarding his relationship with the President, he said that he meets regularly and that last weekend he saw him and was with him.

“In fact, I approached the mother of the police officer Arshak Karhanyan. Two and a half years ago a policeman disappeared in the city, nationalized from Argentina but of Armenian origin,” he explained about the case.

“The mother is Armenian and does not speak much Spanish, so I understand that the media have not given the importance of the case. A police officer has been missing for two and a half years and no one is looking for him,” he was outraged.

Thank you Parque Chacabuco !!!
It thrills so much darling. Passion is shared. We continue with our march !! 🇦🇷🌞✌️ pic.twitter.com/sNibnR4fCp

Finally, he said that the campaign “is very intense.” “You have to be everywhere, be with everyone, read all the documents, the newspapers. I look like the Manotas octopus which is everywhere and a little bit in every situation, “the humor allowed.

Molinari (Gaslini): ‘Adapt prophylaxis to haemophilic patients and their habits’