“I curse you Red Baron!” 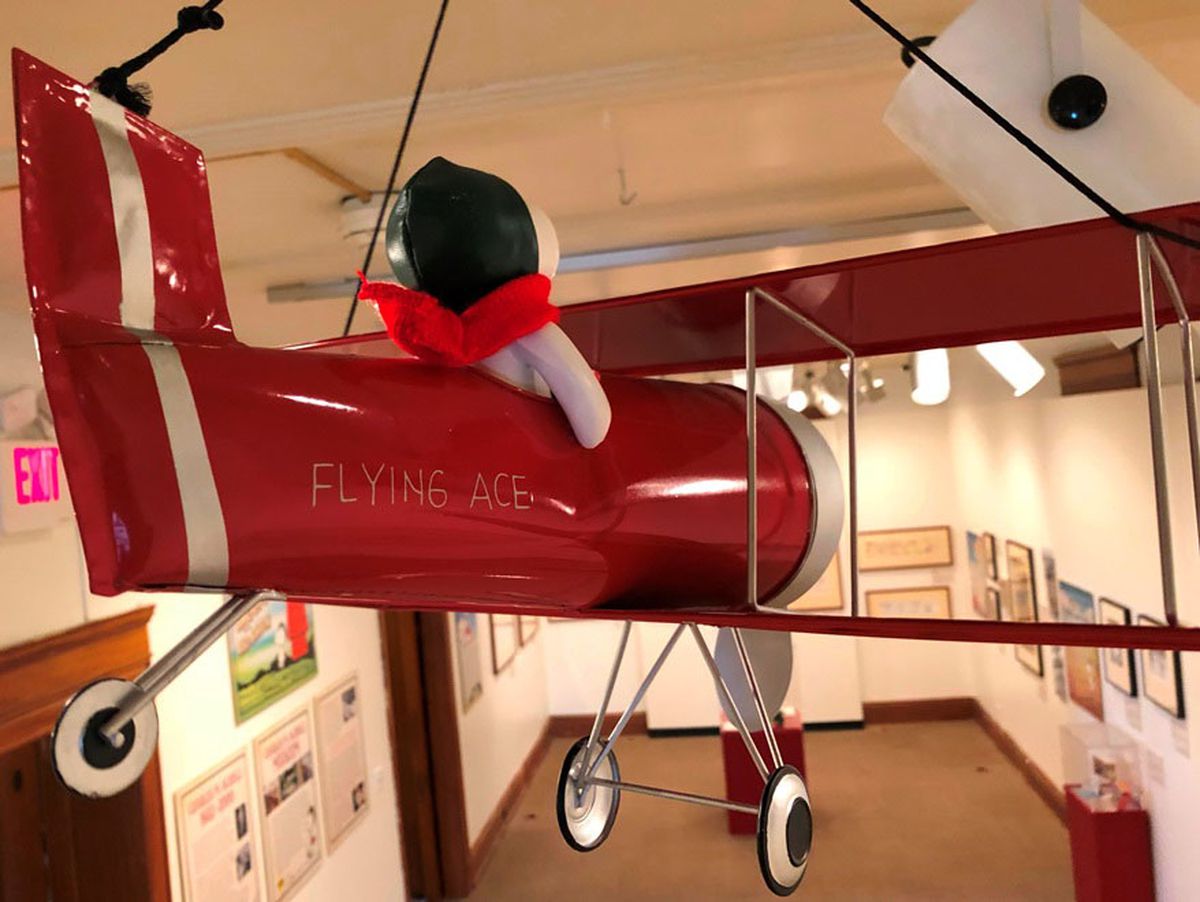 To the very posh “I swear to Snoopy!”, So in vogue in the eighties, I have always preferred the “I curse you, Red Baron!” (originally “Curse you, Red Baron!”), the battle cry of the friendly beagle breed created by Charles M. Schulz when he is characterized as an Allied pilot of World War I. Since childhood I have been fascinated by alter ego of Snoopy as an aviator, who seems to me to be the best of the Peanuts strips with Peppermint Patty – my weakness – and another of the avatars of the dog: that of Beau Snoopy, conspicuous sergeant major of the Foreign Legion, with the kepi and the cogotera marching through a desert of lies to Fort Zinderneuf, sometimes with the little bird Woodstock in the role of tiny comrade legionnaire.

In his comics as a Royal Flying Corps aviator, decked out in the required cap, goggles and scarf (otherwise bareback) and surrealistically perched in his doghouse that pretended to be a classic British Sopwith Camel fighter, Snoopy was obsessed with the Red Baron, the German fighter ace Manfred von Richthofen (1892-1918), his nemesis. From the more or less imaginary encounters with the famous pilot (who never appeared in the cartoons), the flying dog was unfailingly defeated, although determined to continue fighting (“one day I’ll hunt you down, Red Baron!”), With his booth / airplane riddled with machine guns from her arch-enemy’s red triplane Fokker.

In this strange way, from the hand of a drawn dog that gave a new meaning to the term dogfight (aerial combat), some of us delve into the legend and reality of one of the emblematic characters of the Great War (Richthofen, not Snoopy). We have known for years that despite the myth of his chivalry, the air baron was a true predator, a true bastard, if you will allow me, an unscrupulous guy – he often landed next to the aircraft he shot down to professionally observe the aviators who he had killed and obtained a piece of his planes as a trophy — which transferred his cold passion for hunting to heaven and to war. Snoopy already sensed the ace’s lack of moral quality, which one of his real rivals synthesized with a sense “the Red Baron was shit.” Given the perennial debate over whether Richthofen was shot down over the Somme by Australian infantry or Canadian pilot Roy Brown (relative of Charlie Brown?), Why not imagine that Snoopy eventually shot him down?

Has recently fallen into my hands Snoopy and the Red Baron, a precious little album by Ediciones Kraken that includes a wide selection of Schulz strips in which the dog appears as a pilot. There are 126 pages of comics, the first the debut of our little canine aviator, on Sunday October 10, 1965, the last on December 23, 1997. In most cases we see him saying goodbye to the ground crew (Woodstock) and flying over Verdun, Fort Douaumont, Cambrai, with a determined gesture in pursuit of the Red Baron. But, despite his courage and double Vickers, Richthofen always stands on his tail (!) And knocks him down. Some adventures take place with Snoopy behind enemy lines trying to return by no man’s land to his airfield at Pont-à-Mousson or Boulogne, fancifully interacting along the way with French girls who cannot resist the charms of the rare allied pilot. In other cartoons we see him on leave in Paris, forced to wash dishes for losing so many Sopwith Camel, throwing another of his favorite expressions (“rats!”), Disguised as the Kaiser with pickelhaube and a false mustache, imprisoned in a German jail, mistaking Lucy for a fraulien (“Die, beagle stupid! ”), taking Marcia out to a cafe for dinner and asking for sarsaparilla…

Reality, as a book that is the antithesis of the Snoopy album shows, Under the Guns of the Red Baron (Caxton publishing house), it is much tougher. The volume explains one by one all the victories (80) of Von Richthofen, and puts faces to the victims of the ace. The Red Baron killed with his shots or by crashing the planes that shot down a total of 84 enemy airmen (several of the airplanes carried two crew members, pilot and observer). Some were rookies who handled worse aircraft and had nothing to do with Richthofen, but there were also veterans such as Major Lanoe Hawker, a national hero with seven kills and holder of the Victoria Cross (the baron, who also had an exclusive medal, the prized Pour le Mérite, the Blue Max, put a bullet in his head). Among Richthofen’s victims, three 18-year-olds, Keith McKenzie, Alfred Beebee and Donald Cameron. Many of the deaths were especially gruesome: Airmen scorched in their aircraft or smashed to the ground when crashing. The true reverse of Snoopy’s cute adventures in his wheelhouse.

Schulz knew the reality of combat. He had served as a World War II sergeant in Europe in the 20th Armored Division, although the only chance he got to use his 50-caliber machine gun he forgot to load it. How did you come up with turning Snoopy into a Great War fighter pilot? Stephanie King, of the Charles M. Schulz Museum & Research Center in Santa Rosa, California, explained it to me, a museum that has precisely a traveling exhibition entitled Snoopy and the Red Baron dedicated to the canine aviator, his history, and his origins — the exhibit will next be held in November at the Arlington Heights Memorial Library in Illinois, in case someone is caught nearby. In return, I have tried to explain to Stephanie the meaning of the expression “I swear to Snoopy”, but I don’t know if I have succeeded.

The idea of ​​drawing the puppy as a pilot came to Schulz when he saw his eldest son, Montes, assemble model airplanes from World War I. He jokingly drew an aviator hat for Snoopy and that’s where it all started. Also influenced by different commemorations of the anniversary of the war in the sixties and films such as The Dawn Patrol, with Errol Flynn. When he saw how Snoopy’s goggles fit, Schulz realized that he had found something “very good”, with great potential, and let his imagination (and Snoopy) run wild. The cartoonist always wanted to surround the character’s aerial adventures with authenticity. He loved the iconic British fighter: “Sopwith Camel, can you think of a funnier name for an airplane?” (The camel was due to the bulge to protect the machine guns).

Ultimately, the Red Baron, the greatest ace of World War I, the terrible hunter, fell hunted, while the small, imaginative, stubborn, romantic and courageous puppy continues to fly in the eternal skies of paper strips. I admire you, I swear Snoopy.