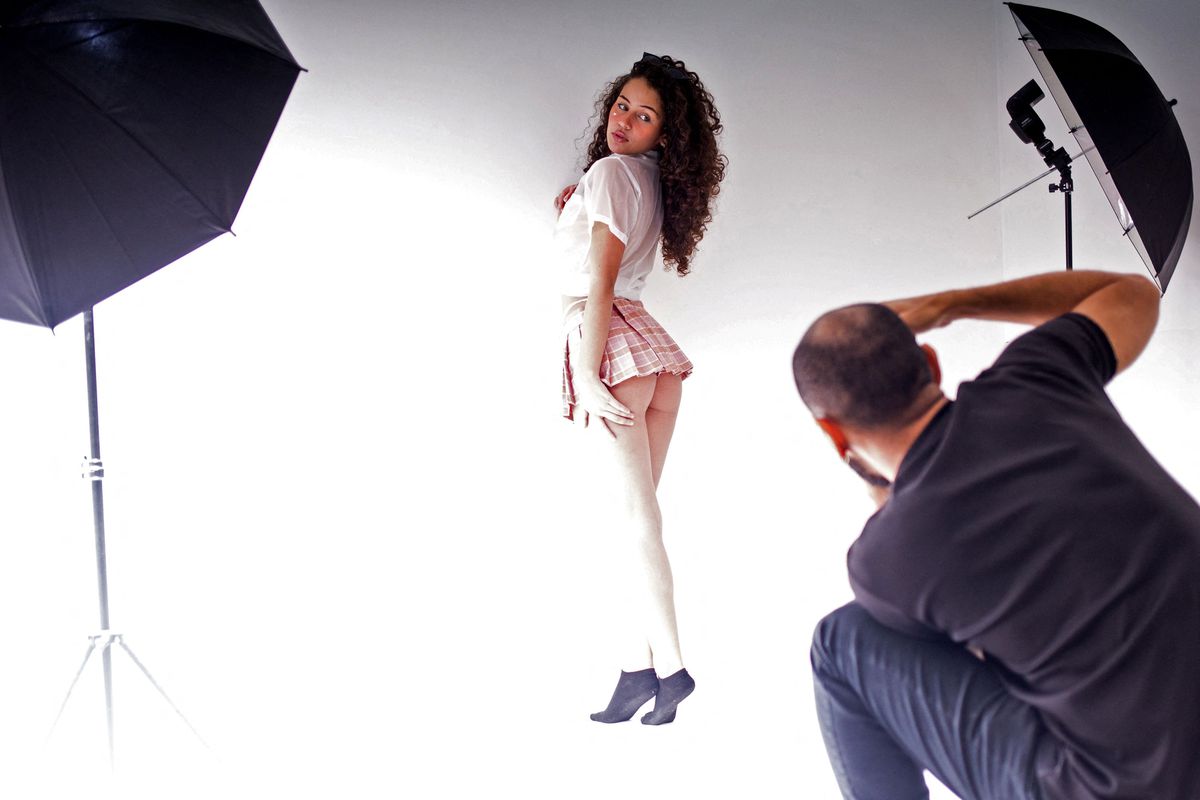 The adult film actress Gemma Gomory did not know this Friday morning that OnlyFans, the platform where she worked, had announced that it was going to block sexually explicit content from October 1. “I had to go look at it, I can’t believe that he left us,” he told EL PAIS in an audio message. The website, which connects content creators – the most visible and notorious part are sex workers who sell them videos and images for adults – with potential subscribers, had planned to raise the 320 million euros of benefits in 2019 to more of 2,100 in 2022. A vertiginous growth that includes a forecast of turnover of 12,000 million euros for 2022, six times more than in 2020 and the equivalent to quotes from Netflix or Youtube.

In your statement, OnlyFans made it clear that the reasons were not a simple choice: “These changes are to meet the demands of our banking partners and payment providers.” Precisely on October 1, the day that OnlyFans formalizes its change, Mastercard will update its regulations for adult content platforms. “This comes from the impulse of the lobbies anti-corruption in the US and other countries, ”says Elissa Redmiles, a researcher at the Max Planck Systems Software Institute in Germany. “They want payment processors (Mastercard, Visa) to pressure sites that host porn to change the way they document age verification,” he adds. Mastercard, for example, will now require, in addition to said age verification, confirmation of the identity of the content creators, the permission of the participants or the rights to the images.

OnlyFans has 2 million creators and 130 million users, of which at least seven million pay each month, according to Axios. Of the creators, there are 16,000 who earn at least $ 50,000 annually. Subscriptions range from $ 5 to $ 50 per month (from 4.27 to 42.7 euros), of which the platform keeps 20%. This Saturday he hinted on Twitter with the hypothetical option of looking for other forms of payment instead of abandoning sex workers. This message was in fact one of the first times that OnlyFans openly acknowledged their work within the platform.

The OnlyFans community would not be what it is today without you.

The policy change was necessary to secure banking and payment services to support you.

We are working around the clock to come up with solutions.#SexWorkIsWork

Zayas has other types of income, although during the confinement the platform did him a good service. “I finished the last two years of my career with the Covid in between and only with OnlyFans I was able to study, eat and pay rent and bills,” he explains. The solutions in this sector during confinement are creative: “One day I did a live show of how I played for hours and hours with the PlayStation. I didn’t even move from the couch, just to go to the fridge for a soda. It was like a naked Big Brother but with the Play on the couch. And people saw it, so I started doing weird things. And it worked”. The “rare things” are “things” that specifically interest users of a platform like OnlyFans. Although as an actor he is straight, Zayas has far more male subscribers than female subscribers.

The obvious consequence is that OnlyFans leaves a tremendous and ambiguous hole in a sector traditionally despised but with incredible economic potential. Despite its numbers, the growing number of people working in the sector means that most earn little. Zayas says that she has colleagues who earn up to 8,000 euros a month, but in conversations in EL PAÍS, several workers acknowledge that it is more common to achieve hundreds of euros from a handful of loyal subscribers: losing a few by having to change platforms therefore becomes a possible problem.

The abandonment of OnlyFans can therefore lead to a serious work problem. “While we may think that the creators of OnlyFans do it as an extra, for many people it is their main income and, in addition, their work as a sex worker and the stigma can make it difficult for them to return to civil life, which makes it more likely that they will end up in street work or directed by others, ”says Redmiles.

The sex worker Diosa Lemon, born in 1994 and living in Madrid, is one of those who for now does it as an extra. She works as a manager in an agency in the mornings and at Carrefour in the afternoons, in addition to writing and trying to publish her books. Goddess lemon you saw that OnlyFans was not so reliable. In his case, it was due to payment problems and because when he changed the dollars to euros he ended up losing part of the income. There is already a good group of OnlyFans clones dedicated especially to porn, such as JustForFans or FanCentro, most with the word “fans” as a claim. Now is your big time to pick up the pros coming off the shelf.

Diosa Lemon chose a platform of Spanish origin: LoverFans. “I saw that there were a lot of other platforms, but I switched to LoverFans because of the quality of the support. Apart from being in Spanish, they answer you on the same day and that gives you security. Changing platforms was easier than I thought. I had my clients, so I just had to send a message to all of them and put a photo saying that I was changing and the link, ”he explains.

LoverFans says it is the largest platform in Spanish. They have 15,000 content creators, more than 300,000 registered users, of which they pay about 20,000 and bill over 300,000 euros per month. Hours after the OnlyFans announcement, the founder of LoverFans, Pablo Ferrari, explained by phone to EL PAIS that he was “without sleep.” “We have received an avalanche of inquiries and visits, many asked if we would do the same.” Two days later, he put figures on that avalanche. “LoverFans has grown to 1,500 content creators and more than 5,000 users,” says Ferrari, who sees the departure of OnlyFans as the consolidation of its platform before it is two years old. “New requests keep coming in, we don’t know when it will stop,” he adds.

Both Gomory and Zayas and Diosa Lemon have enough boards and experience to look for alternatives. But not all cases are like this, recalls Redmiles. Ferrari tells of a special experience: “The other day a girl from Venezuela wrote to me. She told me that she thanked me crying for existing, that she was a mother of three children, her husband had left and that thanks to having found LoverFans she could get ahead without doing anything dangerous on the street ”. Workers in similar cases who are on OnlyFans may have a more difficult time switching.

Ferrari, from LoverFans, believes that its platform more than meets the requirements required by Mastercard to continue processing payments. “We have two processes. First, a manual check. I have personally seen the 15,000 content creators with my eyes, ”he says. In many cases they have detected false documents or tricks where they try to hide one after another. “Once validated, they go to the compliance department to verify that they are the ones who appear in the videos and if there are doubts they are asked for additional documentation,” he explains.

Although this moderation process may seem strenuous and necessary, Redmiles reminds that it can be a problem on the other hand: if a database of sex workers is leaked next to their document, many could have problems in their real life. “Pages that are dedicated to moderation or artificial intelligence are often involved in verification processes, where the identity of sex workers can be filtered. These types of ‘disclosures’ can have serious repercussions for people who may not be able to return to their country, have difficulties renting a house or even cannot use services like AirBnb, as documented in this scientific article ”, says Redmiles.